After nearly two years of negotiation and smack-talk through translation, the potential fight of the year between Canelo Alvarez and Gennady Golovkin is here.

Alvarez and Golovkin face off for the WBA, WBC and IBF middleweight titles. Alvarez will attempt to win a share of the middleweight title for the second time in his career, but said he will not accept the WBC belt if he wins.

Alvarez will fight for the eighth time around Mexican Independence Day (Sept. 16) and is 6-1 in those fights. He’s gotten a knockout win in all six of the wins and his one loss was to Floyd Mayweather. 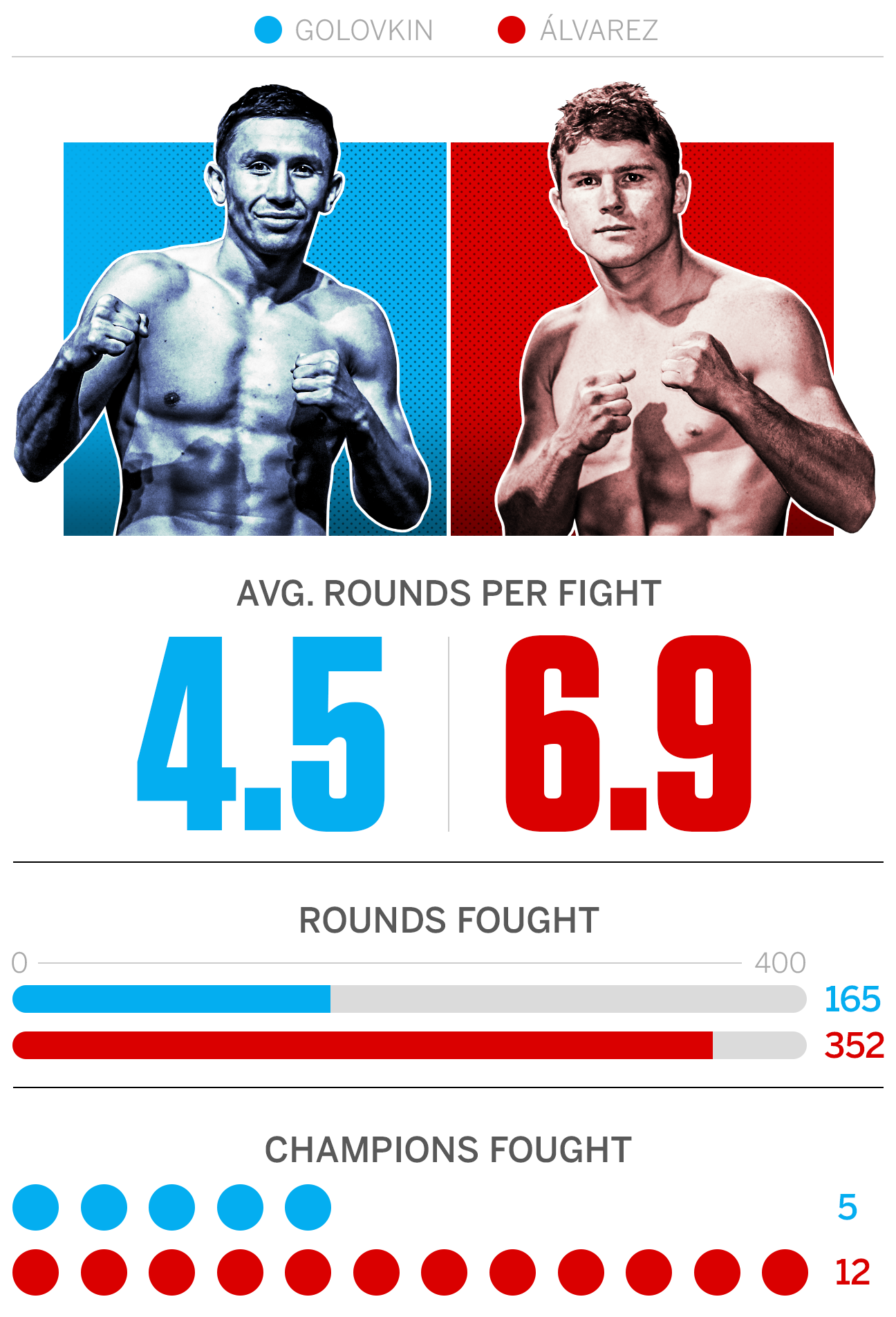 Both fighters have championship pedigree and have been fighting for the about the same amount of time. Golovkin, 35, is the older fighter between the two middleweights, but 27-year-old Alvarez has the edge in experience. He debuted at 15 years old and has fought 12 current or former champions over that span. Golovkin on the other had has fought five current or former champions in his career.

Each fighter has shown that they can devastate opponents with their knockout power. Alvarez stopped four of his last seven opponents and Golovkin was on a 23-fight knockout streak prior to his unanimous decision win over Daniel Jacobs in March. 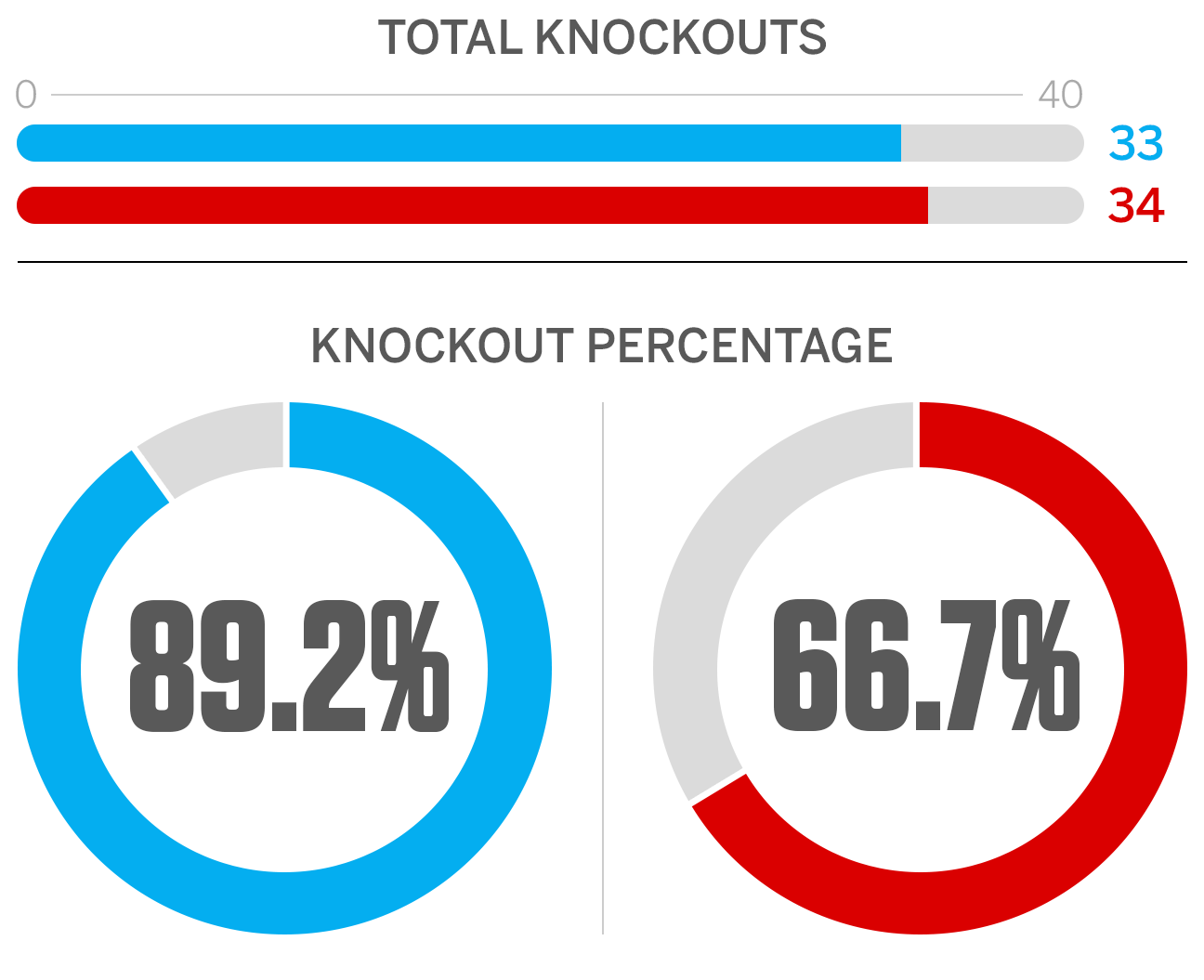 Golovkin, however, has finished his opponents much faster than Alvarez. Before his Jacobs fight, Golovkin stopped 21 of his 23 opponents before the 10th round dating back to 2008.

Golovkin tends to pressure his opponents and is very active in the ring; always moving forward and stalking his opponents. He lands 65.4 punches per round, according to CompuBox, exactly 10 more per round than the middleweight average.

Even with his high output, he is one of the most accurate punchers in the sport. Only the recently retired Floyd Mayweather has landed at a higher rate than GGG. So how does he do it? He works behind his jab better than anyone else. Golovkin ranks first in jabs landed per round (10.6) according to CompuBox. 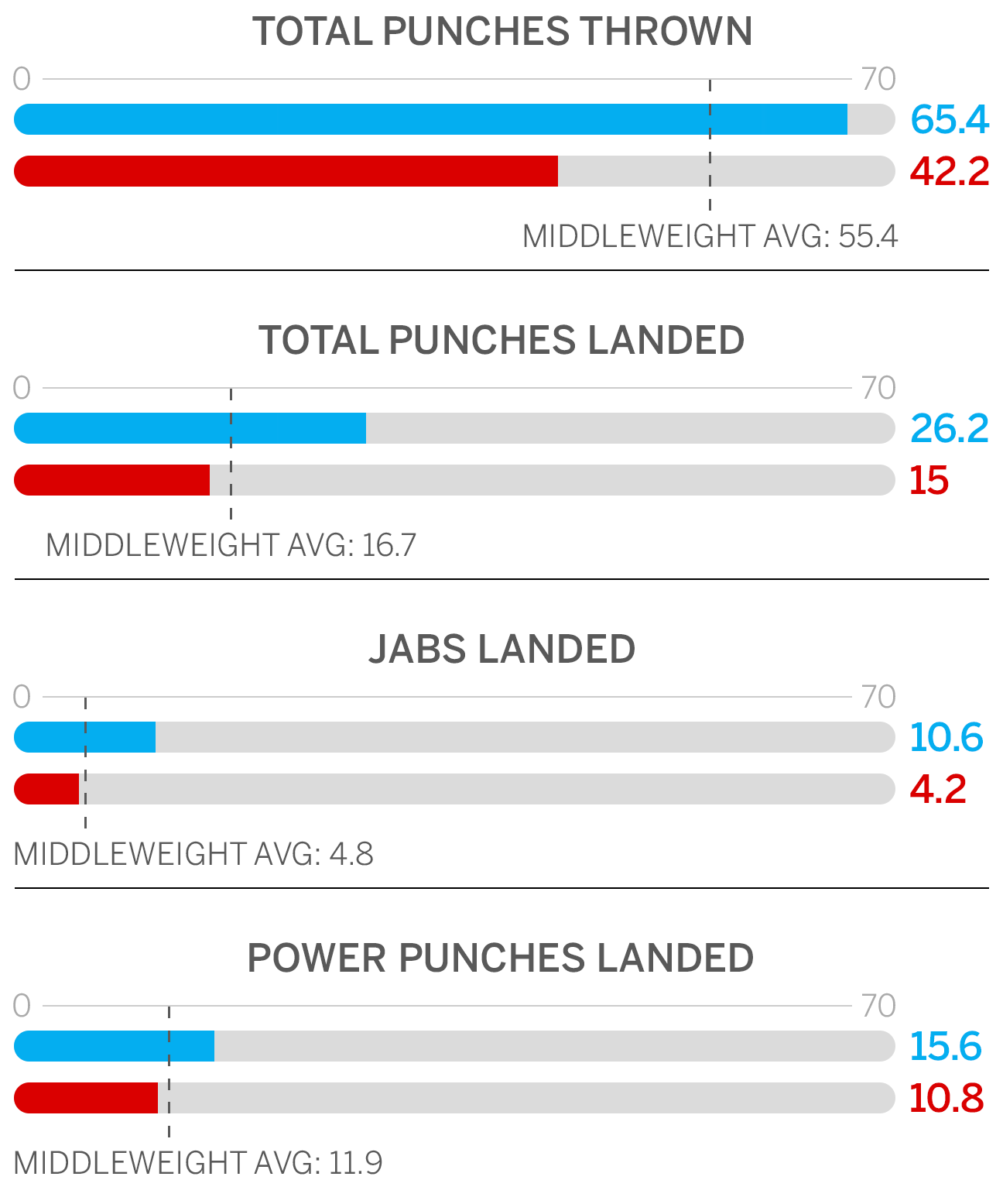 Defensively, Alvarez is the better fighter by a small margin. Out of his last five opponents, only Liam Smith and Amir Khan landed over 25 percent of their punches against him.

While the punch stats do give Golovkin a slight edge, Alvarez has been in many more fights of this magnitude in his young career. In fact, this will be Golovkin’s first fight in Las Vegas. We’ll see if he can extend his streak of 18 consecutive title defenses under the bright lights of sin city.