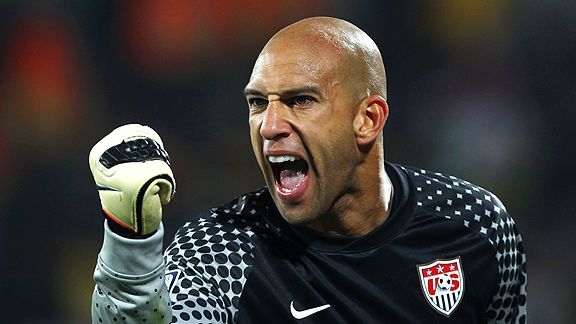 Mexico is riding high coming off its first ever Olympic men’s soccer gold medal, but none of the Olympic players will compete in the friendly.

Prior to the 2009 CONCACAF Gold Cup, the United States was in the top 15 in the FIFA World Rankings, while Mexico was only the 3rd-highest ranked team in CONCACAF and was 33rd overall.

Mexico beat the USA, 5-0, in the 2009 Gold Cup Final and has made its way into the top 20 (and at one point the top 10) in the FIFA rankings since then, while the USA has fallen to 36th in the current rankings.

The last time the two squads faced one another was in a friendly a little over one year ago, when the United States drew the Mexicans 1-1. In that match, the Americans were only able to muster two shots inside the penalty area, as seen by their shot chart below.

• San Jose is the only club with three players on the roster (Beitashour, Gordon, Wondolowski).

• Landon Donovan has 49 international goals; the rest of roster has 22. Seventeen of those 22 belong to DaMarcus Beasley, who last scored an international goal on October 11, 2008 (two goals in WC Qualifier vs Cuba). No other player has more than Herculez Gomez’ four goals. 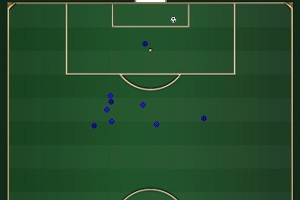 The USA attempted only two shots inside the penalty area during its last meeting with Mexico, including the lone goal by Robbie Rogers in the 73rd minute.

• Six USA defenders have total of 21 caps, none with more than six (Johnson & Castillo).

• No players on this roster were on the Olympic roster.

• The Mexico roster has a total of 57 international goals; 25 of those are Chicharito’s.