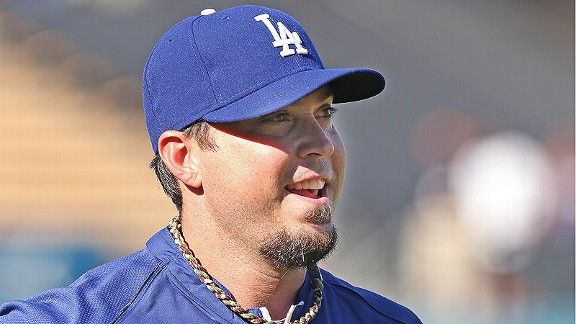 Josh Beckett has struggled this season, but his curveball has just a .165 opponent average.

The Los Angeles Dodgers will send Josh Beckett to the mound tonight against the Colorado Rockies (8:40 ET) as he makes his debut for Los Angeles. Beckett will be starting his first game as a National League pitcher since 2005 when he was with the Florida Marlins, and in his time with the NL he posted a 41-34 record.

Beckett's last start against the Rockies was Game 1 of the 2007 World Series at Fenway Park. He struck out nine in the first win of a Boston Red Sox sweep, and the pitcher who took the loss for the Rockies in that game was Jeff Francis, the Rockies starter tonight.

Beckett will look to turn things around with a new team, as he has certainly struggled lately. In his first four seasons with the Red Sox, Beckett won over 65 percent of his decisions and recorded six complete games. Since the start of the 2010 season, though, he has a winning percentage of just .500.

The main cause for concern has been with the heater, as Beckett's fastball velocity has declined each of the last three seasons. In 2009, when he won 17 games, Beckett averaged 94.1 miles per hour on his fastball. In 2012, he is averaging just 91.5. This season his fastball has not fooled batters in the least, as he's allowed a .299 opponent batting average.

While his fastball has not been successful this year, his curveball has. While Beckett has thrown the fastball 962 times this season, he has the same amount of strikeouts (32) with the curve despite throwing his curveball 614 fewer times. Opponents are also posting just a .165 batting average and .198 on base percentage.