With 2012 about to come to a close, we thought we'd take one more look at the baseball season.

We'll do so both in words and with heat maps-- visual images that may bring back a memory, or tell you something about the greatness of a particular moment or performances.

The Year of the Triple Crown 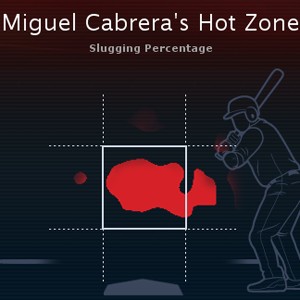 Miguel Cabrera became the first player since Carl Yastrzemski in 1967 to win the Triple Crown. He produced one of the most memorable baseball seasons in recent memory.

Cabrera helped the Detroit Tigers all the way to the World Series, by outhitting and outsluggling everyone in his path.

He solidified his finish and the Tigers pennant hopes by hitting .333 with 11 home runs and 30 runs batted in in September/October.

Cabrera would go on to win the AL MVP in a much-discussed resounding victory. 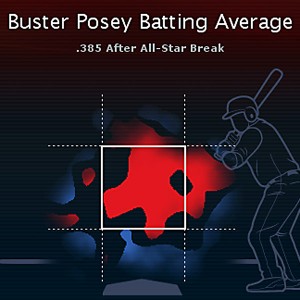 Sidelined for a good portion of 2011, Buster Posey returned to form in the latter part of 2012 to cop MVP honors and help the San Francisco Giants to the World Series.

Posey hit .385 after the All-Star Break, a batting average 35 points better than anyone else in the majors and a number topped only three times in Giants history.

The Giants have won two World Series in three seasons with Posey as of their most important figures. He's establishing very early in his career that he'll be a player not to be forgotten.

The Year of Trout 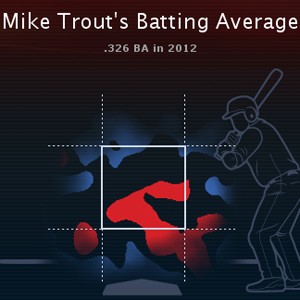 Mike Trout lived up to his billing as one of baseball's most touted prospects. It didn't take long before he was the best player in the game. 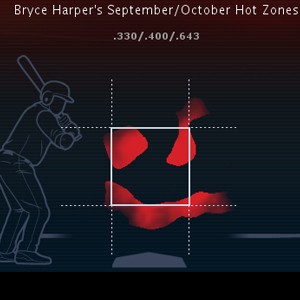 Trout was a five-tool player who seemed like he could do almost anything at bat or in the field.

He also robbed four players of home runs with his running, leaping catches at the fence.

Bryce Harper had some weaknesses in his game, but improved significantly upon those in helping the Washington Nationals to the NL East title.

Harper showed he would not be intimidated by stealing home after Cole Hamels hit him with a pitch.

His numbers in the season's final month were among baseball's best.

The AL and NL Rookies of the Year showed the ability that has many thinking they’ll be two of the biggest stars of this generation.

Each brought an intensity and skill that wowed fans of all ages.

The Year of Josh Hamilton's Extremes 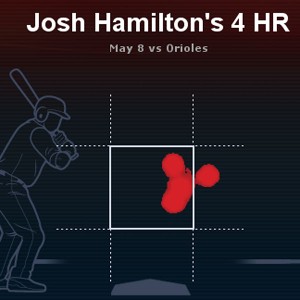 Texas Rangers outfielder Josh Hamilton looked like he was going to be the one contending for the Triple Crown in the early part of the season. 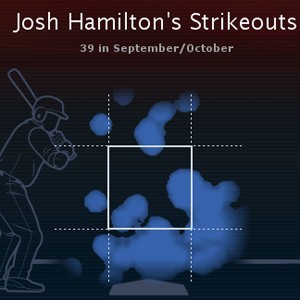 What was most interesting about those four homers is that they came against pitches on the outer-third of the plate.

Those same pitches would give him quite a bit of trouble later in the season.

As good as Hamilton was early in the season, he struggled almost as much in the year's final weeks.

In his last 26 games (including the one-game playoff against those same Orioles), Hamilton struck out 39 times and missed on 45 percent of his swings.

Pitchers took advantage of his overeagerness repeatedly getting him to chase pitches out of the strike zone.

Hamilton went 2-for-17 in his last four games, a rough end to his Rangers career.

But his greatness was still enough to net him five years and $123 million from the Angels this offseason.

The Year of Perfection 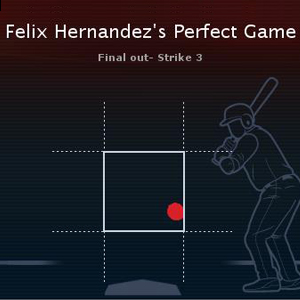 There were a major-league record three perfect games in 2012, thrown by Philip Humber, Matt Cain, and Felix Hernandez.

Humber's was special for its unlikely nature. His 11 wins entering his perfecto start were the second-fewest by anyone at the time of their perfect game.

Cain's was magical, remembered both for his strikeout total (14, tying Sandy Koufax's record for strikeouts in a perfect game) and the great defensive play by Gregor Blanco to save it.

Hernandez's was great because of his dominance with both his fastball and his offspeed pitches. All 12 of his strikeouts came with his offspeed stuff.

The Year of the Knuckleball 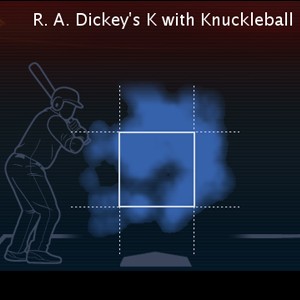 Dickey found a way to command and dominate with a pitch that baffled opposing hitters.

He finished with 230 strikeouts in all, becoming the first knuckleballer to win the Cy Young Award.

The Year the Orioles Flew High 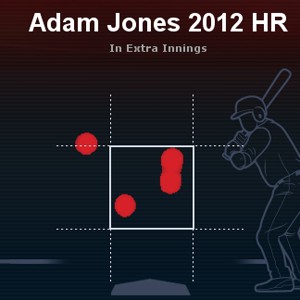 No one figured on the Baltimore Orioles making the postseason in 2012, but this overachieving group put together one of the more improbable runs on its way to winning a wild card spot.

The Orioles didn't have anyone who ranked among baseball's best in Wins Above Replacement, but their sum was greater than their parts.

The Orioles outlasted the Rays and challenged the Yankees for the AL East title, then took New York to five games in the ALDS.

The Year of the Unlikely Athletics 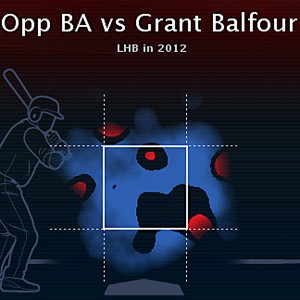 After a major offseason overhaul, the 2012 Oakland Athletics roster was comprised of a cast of unlikely standouts, who somehow knocked off the Texas Rangers and Los Angeles Angels to win the AL West.

Grant Balfour was among many who achieved beyond their usual means and had a little something left at season’s end. He closed the season with seven saves and a win in his last 10 appearances.

The Year of the Scutaro 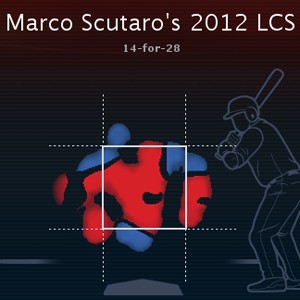 Scutaro hit .362 in the final 61 games of the regular season. Then, after nearly being taken out of the series on a hard slide from Matt Holliday, he bounced back up and finished as NLCS MVP with a .500 batting average.

To cap off the amazing end to the season, Scutaro got the winning hit for the Giants in extra innings in their World Series-clinching win against the Tigers.