Peyton Manning excelled at home this season, posting a league-best +19 TD-Int differential. Joe Flacco, meanwhile, struggled on the road in 2012, completing just 29.6% of his passes of at least 15 air yards on the road, the fourth-lowest percentage in the league.

A closer look at both quarterbacks:

Why Manning dominates at home

Denver rushers averaged 4.1 yards per carry at Mile High this season but averaged only 3.4 on the road. In addition, Manning has been much more effective with play action at home, posting a league-high 96.8 QBR with seven touchdowns and only one interception.

Manning also had a +8 TD-Int differential at home on throws deeper than 10 yards downfield, tied with Russell Wilson for best in the league. On the road, however, Manning had a minus-1 differential, tied for 20th best.

Why Flacco struggles on the road

A further look into how successful Manning was at home this season, compared to how unsuccessful Flacco was on the road using Total QBR: 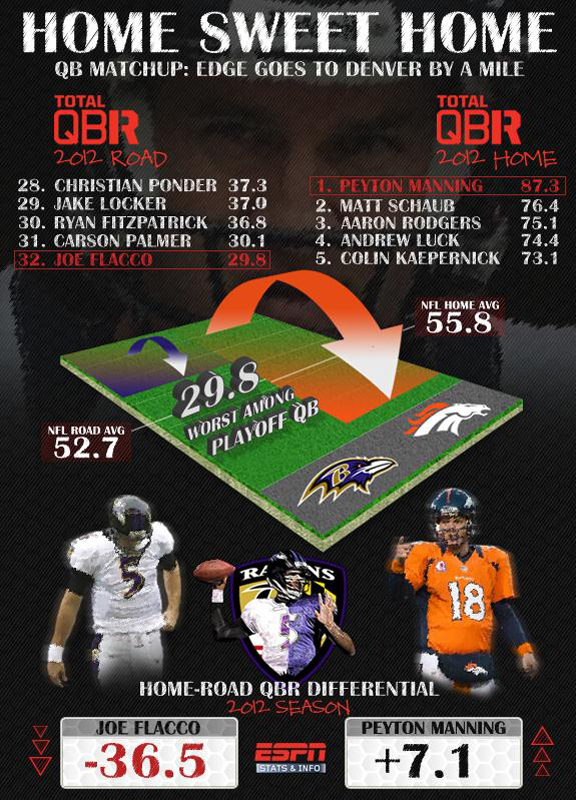