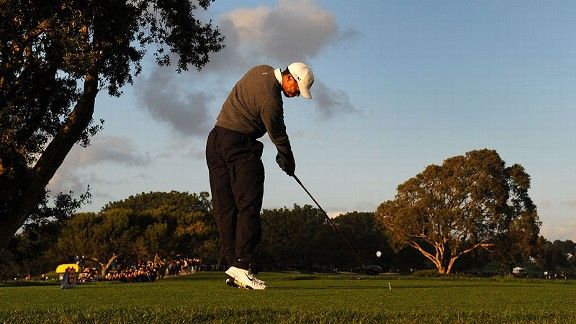 This is the seventh time in Woods’ career he has opened his PGA TOUR season with a victory. Five of the previous six times he did it, he went on to win a major that year.

This is the seventh time in Woods’ career he has won this event, tying Tiger’s career best for any single tournament. Woods has also won the Arnold Palmer Invitational and the WGC-Bridgestone Invitational seven times each.

Along with the 2008 U.S. Open, this is the eighth PGA TOUR victory for Woods at Torrey Pines, a record for most wins at a single course.

How He Did It
Tiger Woods Field Ranks This Week

No other player has won more than six times at one course in TOUR history.

How did Woods go about winning this time?

Woods racked up 11 birdies/eagles on par fives for the week. That was tied for second-most in the field, trailing only Jason Day (12).

Woods also made the putts he needed to down the stretch, making all 16 of his attempts inside ten feet in the final round.

Woods also led the field this week in total driving (the sum of a player’s ranks in driving distance and accuracy) -- a statistic he ranked 6th on the PGA TOUR in a season ago.