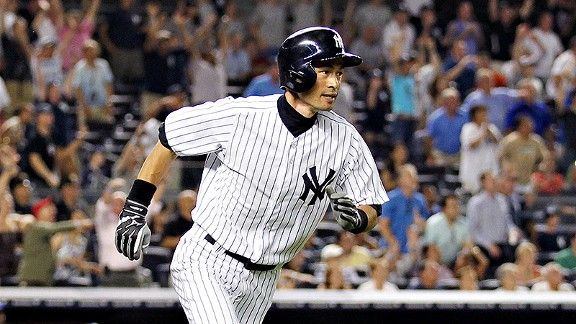 Ichiro Suzuki has 4,000 hits combined between his time in MLB and Japan.Ichiro Suzuki has accomplished a feat that has only been done by two players in Major League Baseball history -– 4,000 career hits.

After totaling 1,278 hits in Japan before coming to the majors, he reached the 4,000-hit mark on Wednesday night. Pete Rose and Ty Cobb are the only players in major-league history with 4,000 career hits.

Ichiro is one of the best hitters of this era.

Ichiro set the single-season mark for most hits in a season back in 2004 with 262. That surpassed the previous record, established back in 1920 by George Sisler.

Ichiro has recorded 10 seasons of at least 200 hits in his career, tied for the most in baseball history with Pete Rose. All 10 of Suzuki’s 200-hit seasons came with the Mariners.

His hit total through 13 seasons is the most for anyone in major-league history within any 13-season span.

Ichiro has the fifth-most wins above replacement since entering the league in 2001. Only Pujols, Alex Rodriguez, Adrian Beltre and Carlos Beltran have more.

Hit number 2,722 in his major-league career was a milestone in one other respect. It allowed him to pass Yankees great Lou Gehrig on the all-time hit list.