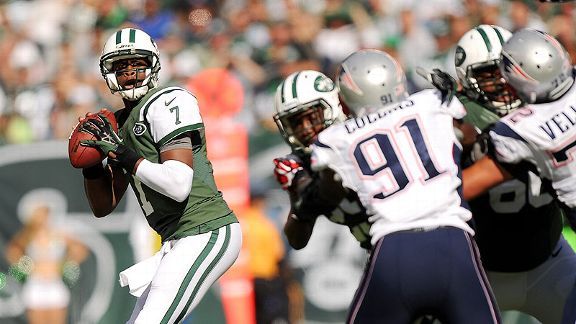 Geno Smith made the necessary adjustments on his throws to beat the Patriots.What were the biggest keys to the Jets win over the Patriots on Sunday?

Tom Brady entered the day ranked fifth-worst in the NFL at completing throws more than 10 yards downfield. The numbers didn’t get any better on Sunday.

Brady had his third game this season with a sub-50 percent completion rate, his most such games in any season.

Below is a look at Brady's completion rate by throw distance this season, illustrating his overall struggles on his longer throws. 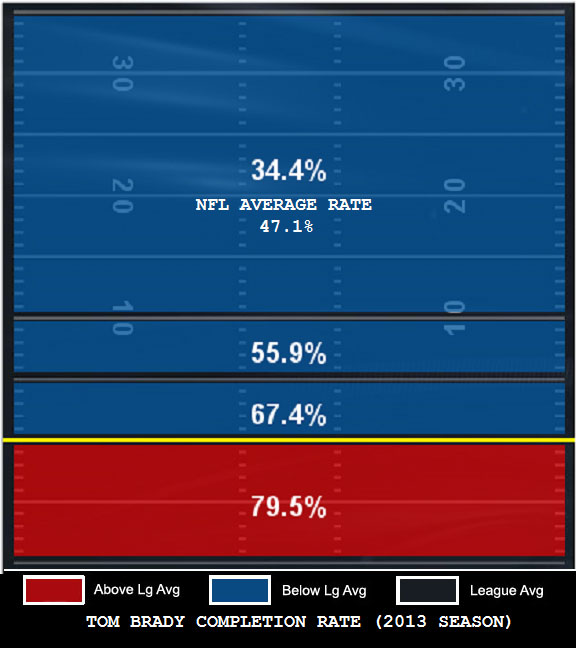 Rob Gronkowski was targeted a career-high 17 times by Brady, but had only eight receptions. It was only the third time since Gronkowski joined the team that he and Brady failed to connect on at least half of their attempts in a game.

Four of Brady’s passes to Gronkowski were either defended or intercepted, three of which were intercepted or defended by safety Antonio Allen. Allen had no pass breakups entering the game.

Brady completed 20-of-41 passes against that pressure, including the interception returned for a touchdown, and was sacked three times.

Geno Smith had one blip, with his early pick-six, but got the job done in the end.

Smith completed 7-of-16 passes more than 10 yards downfield, without throwing an interception, after throwing three in 15 attempts in the Week 2 loss against the Patriots.

Smith has only one interception on those passes in wins this season, compared to five in losses.

Smith became the fourth quarterback to lead his team on a game-winning drive in each of his first four career wins since the AFL and NFL merged in 1970. The Elias Sports Bureau notes that the other three are Lynn Dickey, Troy Aikman and Bruce Gradkowski.

Though some may attach an asterisk to this, since he had a missed kick wiped out by that controversial penalty in overtime, Nick Folk continued his run of perfection through 2013.

Folk went 3-for-3 on his field goal tries on Sunday, making him 16-for-16 on field-goal attempts this season (the most consecutive kicks made to start a season in Jets history).

Folk has seven field goals this season of at least 40 yards, including all three game winners (48, 43 and 42 yards respectively). He totaled eight such kicks in each of the last two seasons.