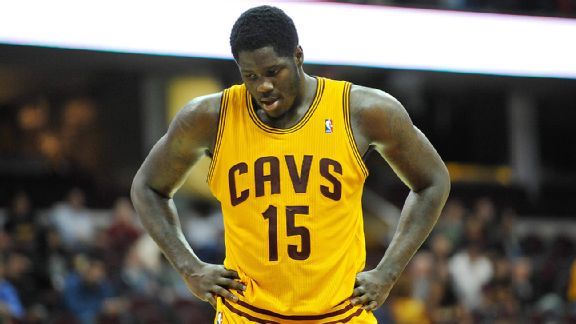 Over the last 10 NBA Drafts -- since they drafted James -- the Cavaliers are statistically the worst drafting team in the NBA.

The Cavaliers average draft pick is 2.4 win shares per season worse than the average win shares for that draft slot, among top-20 picks. Win shares are an estimate of the number of wins a player contributes to his team due to his offense and defense.

For example, the Cavaliers drafted Luke Jackson with the 10th pick in 2004. He produced a total of 0.2 win shares in four seasons for an average of 0.05 per season. The average No. 10 pick over the last 10 drafts has produced 3.95 win shares per season, for a difference of -3.9.

Only two of the Cavaliers' seven top-20 picks since 2004 have produced more win shares than the average for their draft position -- J.J. Hickson and Tristan Thompson. The other five -- Jackson, Kyrie Irving, Dion Waiters, Anthony Bennett and Sergey Karasev -- have performed below expectations in terms of win shares.

Since 1985, Bennett had the fewest win shares of any No. 1 pick in their rookie season, -0.4, which was slightly worse than Michael Olowokandi during his rookie campaign.