I was watching a Mariners game last week when I noticed a fan sitting in the first row wearing the blue cap with the bright yellow "S" the team wore from 1987 through 1992. I was a little surprised because you never see Mariners fans wearing that cap. Mariners fans don't really view that cap in positive terms. I mean ... who thinks a bright yellow "S" on a baseball cap is a good idea? Anyway, it got me thinking of some of the more ill-advised caps I've seen during my baseball watching days. Here are 10 of them. Plus, it's a good excuse to run some cool photos of cool players from the past. 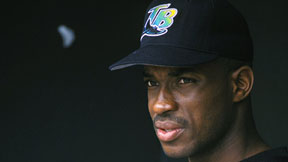 Ahh, the early years of the Tampa Bay franchise were unfortunate, from the signings of past-their-prime vets like Greg Vaughn, Wade Boggs and Vinny Castilla, to the odd rainbow-tinted uniforms and caps. 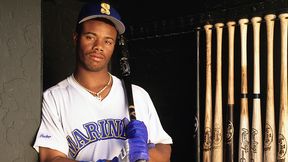 I loved watching a young Ken Griffey Jr. And in his case, you can at least make the claim that the big yellow "S" stood for Superman. 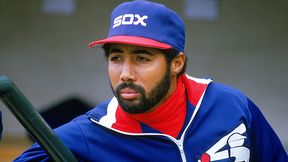 In case you were wondering, Harold Baines played for the SOX. 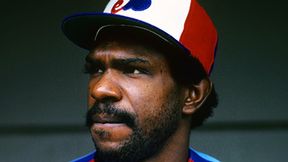 You can't quite tell from the picture, but there was also a blue panel in the back, meaning it was a red-white-blue tri-panel cap. The cap is much-loved and much-despised, it seems. 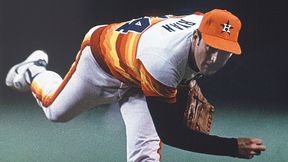 Even Nolan Ryan had trouble looking good in an orange cap and rainbow unis. Unless orange is your thing, of course, in which case he looked pretty awesome. 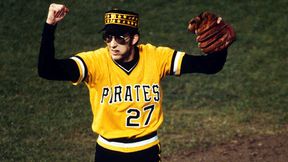 These were the famous pillbox caps the Pirates wore while winning the World Series. Willie Stargell also started adding little stars for great performances. Man, you gotta love the '70s. 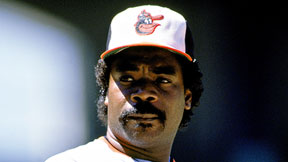 I never got the whole white front-panel thing. Or the cartoon bird. The 1979 World Series certainly wins the award for worst-dressed World Series ever. (The Orioles wore orange tops. The Pirates wore all-yellow.) 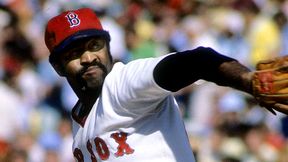 The Red Sox wore the red caps from 1975 to 1978. And then Bucky Dent homered and they switched back to blue. Probably a good decision. 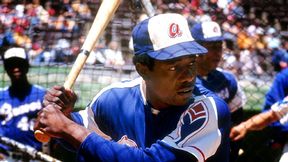 I've always thought it was too bad that Hank Aaron broke Babe Ruth's record wearing those misguided Braves uniforms/caps of the mid-'70s. Lowercase "a"? Odd idea.

This is actually a bit before my time, but I had to include it. From the 1966-70, the Angels wore this cap with the halo on top. Brilliant? Hard to say.