There was a lot of grousing about the uniforms. ... I guess because we’re the Pilots we have to have captain’s uniforms. They have stripes on the sleeve, scrambled eggs on the (bill) of the cap and blue socks with yellow stripes. Also there are blue and yellow stripes down the sides of the pants. We look like g------ clowns. The only worse uniforms are the ones they wear in (AAA) Vancouver.

On Wednesday, SweetSpot’s Cap Week brought you 10 very questionable baseball caps. Today I give you the cap that tops them all. 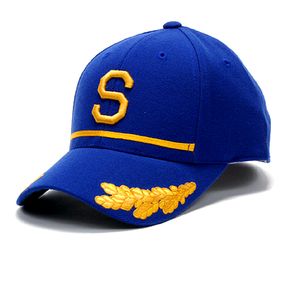 I don’t know who within the Seattle Pilots organization came up with the idea of putting the scrambled egg design on the bill of the cap to mimic an airline pilot but I’m sure it sounded like a good idea while they all were throwing back scotch and sodas in the meeting room. "Hey, we’re Pilots, right? Let’s have them wear airline pilot’s hats! Wouldn’t that look terrific?" Unfortunately, when the caps actually arrived, no one had sobered up enough to say, "No, on second thought this cap does not look terrific. This looks like s---."

(Even worse, no one suggested, "Hey, as long as we’re dressing up the players like pilots, let’s dress up the ball girls like sexy stews!")

The scrambled egg design was one of those clever but misguided ideas akin to the old Angels caps that had a white "halo" on the crown. The halo didn’t work because it didn’t look like a halo at all. And the scrambled egg design didn’t, either. As they say in "Spinal Tap," there is such a fine line between being clever and stupid. The caps didn’t make players look like airline pilots or navy admirals or, for that matter, major leaguers. It just made them look ridiculous.

Seattle fans endured these embarrassing caps for one summer before Bud Selig hi-jacked the Pilots and moved them to Milwaukee. Seattle got another team in 1977 but cap design had not improved much by then. The original Mariners cap logo was an M formed by an upside-down trident. Supposedly, the upside-down trident was a symbol of bad luck and the Mariners never came close to a winning season while wearing it.

(The old Mariners had a lot of awful ideas, such as hiring Maury Wills as manager or using a tugboat to bring relievers in from the bullpen. The boat was so ludicrous that relievers refused to ride in it. Instead, the tugboat slowly followed the pitcher, like a U-boat stalking a troop ship.)

Neither of the Seattle cap designs, however, was the most embarrassing in baseball history. No, that honor belongs to the very nice, very well-meaning mother who offered to put pinto emblems on the caps of my 1972 Columbia Ford Little League team. When she mentioned it, our whole team got very excited because we anticipated a dramatic silhouette of a horse rearing up and ready to charge. Instead, we got these caps, with a silhouette of a ’72 Ford Pinto: 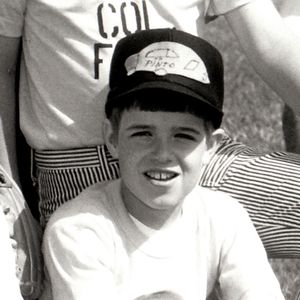 By the way, nice pants on the kid behind me in the photo. He actually played in those. And, yes, combined with the pinto logo on the cap and the yellow T-shirts, this was even a worse uniform look than Boog Powell in the polyester red Cleveland disaster.

ESPN.com senior writer Jim Caple writes the Off Base column for Page 2.