When the Cleveland Indians drafted Jason Kipnis in the second round out of Arizona State in 2009 he had been the Pac-10 player of the year as a center fielder, a player some scouts viewed as a bit undersized but with good athleticism, speed and projectable power. He had a strong 29-game debut in the minors but was moved to second base in the instructional league that fall.

At the time, the Indians had Grady Sizemore entrenched in center field, and the fear was that Kipnis' below-average arm would relegate him to left field, where his bat wouldn't play up as much. You usually see that move going the other way -- middle infielders who maybe don’t have the hands or range to stay at shortstop or second base moved to the outfield -- and Kipnis did initially balk at moving to the infield.

He soon realized changing positions would offer a faster track to the big leagues. Kipnis reached the majors in 2011. I came across a quote from 2012 that helps explain why Kipnis was not only miffed that he fell to the 63rd pick in the draft, but why the transition to second base worked.

"That's another reason why I don't think scouts know it all," Kipnis told the Cleveland Plain Dealer's Jodie Valade. "I don't think there's a formula for who's going to be successful in the game. There's prospects and there's baseball players. There's a fine difference, and you can tell which one is which."

Kipnis' defensive transition went smoothly and other than 2014, when he played through an oblique injury, his defensive metrics have always been solid, including plus-4 Defensive Runs Saved in 2016. He's not the only Cleveland player who has changed positions as a pro.

Lonnie Chisenhall came up as a third baseman, also reaching the majors in 2011. His bat didn't develop quite as much as expected when he was a top-rated prospect, but more problematic were defensive issues at third base. In 2014, he rated at minus-14 Defensive Runs Saved, second-worst among all third basemen.

The Indians were a wild-card team in 2013 but weren't a good defensive team, at minus-38 DRS. In 2014, the team went 85-77 and missed the wild card by three wins. Defense was again a key reason they fell short, with minus-66 DRS, second-worst in baseball. The outfield combined for minus-37 DRS, with right fielder David Murphy a particular disaster at minus-16 DRS. 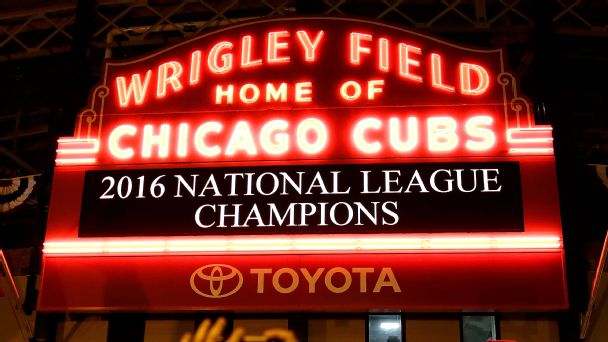 In 2015, the team started 7-14. The defense was again a disaster. One headline in early May screamed, "Indians' defense is one of MLB's worst all-time." Their defensive efficiency -- the percentage of balls in play that are turned into outs -- was on pace to be the worst since 1950.

Then, suddenly, the defense improved. Francisco Lindor was called up to play shortstop, which helped. But Chisenhall moved to right field and was good at it. Chisenhall had been sent down to the minors on June 8, not because of his defense, but because he wasn't hitting. While at Triple-A, he suggested trying other positions, knowing his future in Cleveland was in doubt. He played four games in right field at Columbus, but when Brandon Moss was traded in late July, Chisenhall was called back and installed in right field. He was good at it.

If outfield-to-second base moves are rare, successful transitions from third base to the outfield are probably even rarer. Chisenhall graded out at plus-11 DRS in limited duty there last year and plus-3 this season. He has made a couple outstanding grabs in the postseason as well.

The Cleveland defense turned around from that awful April in 2015 and finished at plus-17 Defensive Runs Saved. In 2016, they ranked at plus-17 again, ninth-best in the majors. (Center field, where Tyler Naquin and Rajai Davis combined for minus-22 DRS, has been the one problem area).

In the big picture, the moves point to something small-market teams have to be willing to do: Take some chances. Not all of those risks have worked; the Carlos Santana experiment at third base back in 2014 was pretty much a train wreck, for example.

The other thing the Indians have done is show patience. I’ve written about how many teams would have given up on Josh Tomlin at some point, given that he's a soft-tossing right-hander who had injuries in 2013 and 2015 and mostly mediocre results. The Indians didn't cut bait though, and now Tomlin is a key cog in the rotation.

Same thing with Chisenhall. Many organizations would have viewed him as a disappointing first-round pick, gotten frustrated and traded him away. And, who knows, if the move to right field hadn't panned out, maybe the Indians would have dumped him. But it did work and he's a solid role player. The Diamondbacks viewed Trevor Bauer as a headache; the Indians saw a kid with a good arm who simply does things his own way.

That's how a team with the majors' 23rd-highest payroll can reach the World Series.