After a failed attempt to land Robert Quinn, who went to the Miami Dolphins, and reported interest in Michael Bennett, who went to the Philadelphia Eagles, they're getting desperately-needed edge-rushing help in Jason-Pierre Paul via a trade with the New York Giants.

The move comes after the Bucs already landed a pass-rusher in Vinny Curry along with defensive tackles Beau Allen and Mitch Unrein in free agency and cutting Robert Ayers. Now their defensive line overhaul feels complete.

The Bucs had 22 sacks last season (4 percent of dropbacks), fewest in the NFL. They generated pressure on 22 percent of dropbacks, the lowest rate in the NFL. Noah Spence, the Bucs' promising second-round draft pick from 2016, is recovering from his second shoulder surgery in two seasons. Last year, they made the mistake of counting on Spence and Jacquies Smith, who was recovering from ACL surgery, despite both missing the entire offseason program. William Gholston also failed to muster a sack in 2017, the first season of a five-year deal worth $27.5 million.

Insert Pierre-Paul, a player they've studied closely since his short, but prolific career at South Florida whom they've had their eye on, even after a freak fireworks accident maimed his hand and threatened his career in 2015. Since the accident, which prompted the amputation of his right finger, he's generated 16 sacks -- one in eight games in 2015, seven in 12 games in 2016 and eight in 2017. The Bucs' leading edge-rusher in 2017 was Will Clarke, who didn't even start a game for them and had 2.5.

"Jason is an elite-level edge rusher who will make an immediate impact on our defense," Bucs general manager Jason Licht said in a statement. "We are adding a two-time Pro Bowler who is passionate about the game and has established himself as one of the league’s premier defensive ends. Jason is an incredibly hard-working playmaker on the defensive front with a unique skill set that allows him to stay on the field in both rushing and passing situations."

If the Bucs use Pierre-Paul as an every-down defensive lineman, along with Curry and Gholston, it would allow Spence just to focus on what he does best -- rushing the passer -- without the unnecessary wear and tear playing against the run. The goal with Spence should be to keep him healthy through a 16-game season. Even though he played in all 16 games in 2016, he endured an injured shoulder suffered during a Week 4 game. He only saw action in six games in 2017 before he landed on injured reserve.

Pierre-Paul also has 39 passes batted down in his career, the second-most in the NFL since 2010 behind only J.J. Watt (46) and ahead of Calais Campbell (34), a player the Bucs wanted during free agency last year. Pierre is also tied for the second-most disrupted dropbacks since 2010 (104.5) -- a stat that combines sacks, interceptions and pass breakups -- behind Watt (123).

While Pierre-Paul would have had a $17.5 million salary cap charge in 2018 with the Giants, the Bucs' salary-cap charge is only $12.5 million (from his $11.25 million base salary, plus $1 million roster bonus, plus $250,000 workout bonus). The Giants have to eat $15 million in dead money for proration of his $20 million signing bonus given in the 2017 original extension. This is also effectively a one-year commitment to the Bucs. If he gets injured in 2019, they would only owe him the $7.5 million that is guaranteed for injury only. 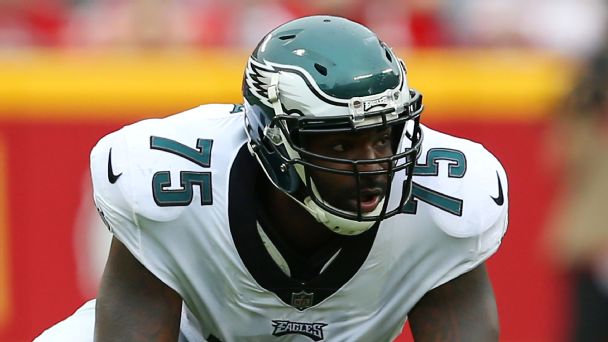 The Bucs entered free agency with more than $70 million in salary-cap space, third-most in the NFL, and have been active. Their spending comes despite re-signing wide receiver Mike Evans and tight end Cameron Brate to new deals, and looming contract extensions in the next two years for linebacker Kwon Alexander, quarterback Jameis Winston, offensive guard Ali Marpet and offensive tackle Donovan Smith.

This move puts their available cap space below $20 million, so they might have to move money around in the form of restructuring high-priced contracts such as the one belonging to Pro Bowl defensive tackle Gerald McCoy, but this is a move the Bucs had to make. Help isn't promised in the draft and the Bucs' 5-11 record last year was a huge disappointment after a 9-7 season in 2016. Licht and head coach Dirk Koetter understand the urgency. While ownership offered its support of Koetter after last season, those two understand what a good shake-up can do to ignite a team and a fan base. That's what they already started by signing Curry, Allen and Unrein and making Ryan Jensen the highest-paid center in the league.

The organization also understands that despite selecting seventh overall, there's a slim chance they can draft highly-coveted Bradley Chubb, the one defensive end draft prospect expected to make a Day 1 impact. Most draft analysts believe there is a drop-off after Chubb. Why chance it when the odds are likely not in your favor? Sure, they could grab a pass-rusher in a later round, but they need all the assurance they can get at this point.

This move allows the Bucs to focus on addressing needs in the draft at cornerback, safety and running back, along with depth on the offensive line.