This year, with a new approach to his diet -- including eating 9-10 meals a day -- Spence has managed to put on a whopping 35 pounds in his quest to become a more complete player, to remain on the field for all three downs and, specifically, to hold up better against the run. 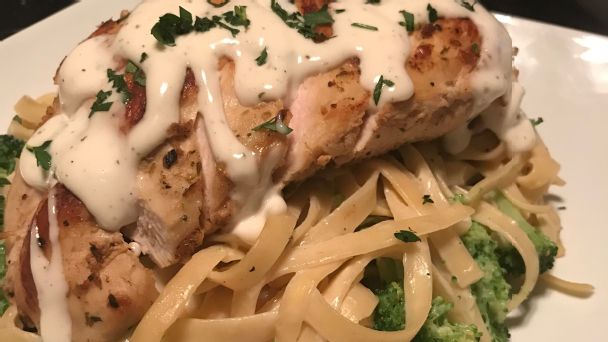 Here's a look at a typical day for the Bucs defensive end during training camp:

Meal 9: One shake before bedtime (700 calories)

"Today was the heaviest I've ever been and I felt great. I was 263 today," said Spence, 24, whose goal was to put on the weight cleanly, with minimal gain in body fat. "I kind of just started playing with it [in the offseason] to see what works. I felt like if I just don't stop eating or drinking, I won't lose weight."

New defensive-line coach Brentson Buckner didn't tell him he needed to gain weight. But when showing him tape of Yannick Ngakoue, Dwight Freeney, Tamba Hali -- all players with similar body types but bigger -- it was clear to Spence that technique alone wasn't going to help him.

"If he's just out there in his pads, people are gonna run at him," Buckner said of Spence. "I said, 'Sooner or later, you've gotta show them that you can play the run.' So he made a conscious decision to do that and it's paying off for him right now."

The change in diet has meant guzzling down seven protein shakes a day, hiring a personal chef and stocking up on coconut-milk ice cream. It's also meant a new approach to eating -- it's part of the job, just like watching film and going to the training room.

"I don't really look at food like I like it anymore. I'm just eating, man," Spence said.

"I told him, 'It has to consume you,'" Buckner said. "When you get into the NFL, football becomes your life. You have to live it. And he's living it now."

During training camp, Spence starts each day with two protein shakes, each with two scoops of vegan protein powder, two scoops of peanut butter, two scoops of unsweetened coconut-milk ice cream, bananas and about two cups of almond milk. Together, the shakes come in at 1,400 calories. He finishes them by about 7 a.m., or he'll finish one and drink the other on the way to the facility.

Then before practice begins, about 8, he'll have a bowl of cream of wheat with almond milk and brown sugar, three pieces of French toast and two heaping scoops of potatoes for about 700 more calories. The mix of simple and complex carbs helps him maintain the explosiveness he needs throughout practice.

"Right now, I don't do a lot of protein," Spence said. "I try to fill up on a lot of carbs, like a lot, a lot of carbs so I can keep my weight on and have a lot of energy."

He'll have two more shakes right after practice in the locker room, and then he'll have whatever the team chef makes in the cafeteria. On this particular day, it's chicken with mashed cauliflower and broccoli. Spence grabs two pieces of bread to go along with it and covers it with Sriracha Ranch dressing.

Later in the afternoon, he'll have one of two meals prepared by his personal chef, Matthew Lovell, who measures out everything precisely according to Spence's specifications. Today, he'll have 500 grams of pasta with 6 ounces of ground turkey, peppers and onions, which comes out to about 1,300 calories.

"I cook for him every day, fresh," said Lovell, who started working with Spence this offseason. "He really loves pasta, he loves Alfredo, but what I do now is I do the cauliflower ... I put that into the Alfredo sauce [instead of heavy cream, to keep it healthy]."

Spence then heads back to the facility for a walk-through, and after that, he has two more shakes before another meal from Lovell -- this time it's 6 ounces of steak and 4 ounces of shrimp with 500 grams of potatoes, zucchini and squash, which comes out to 1,000 calories.

"I use three oils -- grapeseed oil, avocado oil and I use sesame oil -- those are the only oils I use," Lovell said. "And I had to cut back on vegetables and quinoa because he was losing weight from them!"

Spence will have a snack in the evening -- a peanut butter and jelly sandwich and a glass of chocolate almond milk for about 500 calories, and then one final protein shake before bedtime.

He drinks a gallon of water each day. It keeps him hydrated and helps his stomach process such large quantities of food, which he doesn't recommend others trying at home.

Bucs coach Dirk Koetter says Spence's weight has "fluctuated a lot for a guy that has way less body fat than I have."

Fitness in the NFL

Training camp can be monotonous for players -- and fans. Here are a few stories about the lighter side of preseason.

More from Koetter: "If you look at Noah, that guy's all muscle and he's worked very hard. Two shoulder surgeries -- he's worked very hard to come back from that and he's lived in the training room and the weight room. I think he's got the same motor and the same speed that he always had. We're anxious to see him get out there and do it in real football."

Now that coach has weighed in, what do his teammates think of Spence's crazy eating habits?

"Listen, I just stay away from him ... have a gas mask," defensive end Vinny Curry joked. "Nah, I'm just kidding. But it's crazy, man. He looks like a fitness model now. It helped him out actually.

"This is about dedication and commitment. At the end of the day, we're all working toward a goal so we need him to be at his best and he's willing to do whatever for the team."

Stevie Tu'ikolovatu, who had to drop 15 pounds to weigh 340, said: "I wish I could be on that diet. Nine meals a day? Maybe in the offseason I can be on that for a couple weeks!"

Right tackle Demar Dotson, who has lined up against Spence frequently over the past two years, had concerns about Spence losing speed with the weight gain, but said it hasn't been an issue at all.