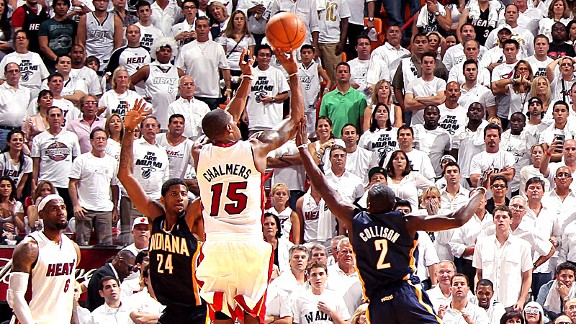 Sitting at his locker after the 78-75 loss to the Pacers, Heat point guard Mario Chalmers felt that Darren Collison clipped him on the arm on the potential game-tying 3-point attempt with three seconds left.

"I had a good look at it," Chalmers said. "I felt like I was fouled on the three that I shot but they didn’t call it. Darren got me for sure. It is a shot I usually knock down." 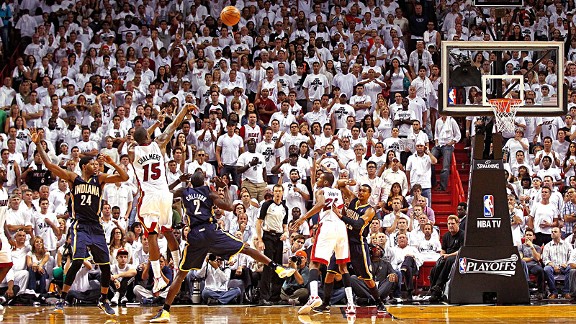 Tough to tell live or on video, but the photos above certainly appear to back up Chalmers' complaint. Collison appears to make contact with Chalmers' elbow and then immediately afterward Collison pulls his arms back.

Either way, expect LeBron James and Dwyane Wade to shoulder most of the blame for their missed shots at the end.

But did the refs miss one, too?

See for yourself. Chalmers' 3-point attempt occurs around the 55 second mark.