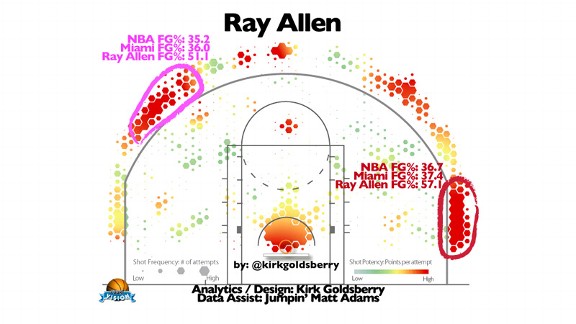 Ray’s two favorite spots are in the left corner, where last year he attempted 14% of his shots, and along the right wing where he took 11% of his shots. These two locations are his favored spots for good reason: he is insanely efficient at both spots. In the left corner, he shoots 57%, along the right wing he hits at 51%. To put that into context, Dwight Howard made 49% of his free throws this year.

Simply put, he spits hot fire in the left corner and right wing. Presumably, teams know this, but can they stop it?