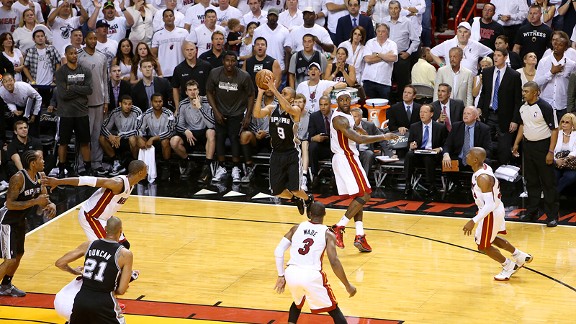 The San Antonio Spurs took Game 1 of the NBA Finals thanks to Tony Parker's late heroics.

Tony Parker made a shot at the end of the shot clock to put the San Antonio Spurs up 92-88 with 5.2 seconds remaining to help ice the Miami Heat in Game 1 of the NBA Finals. 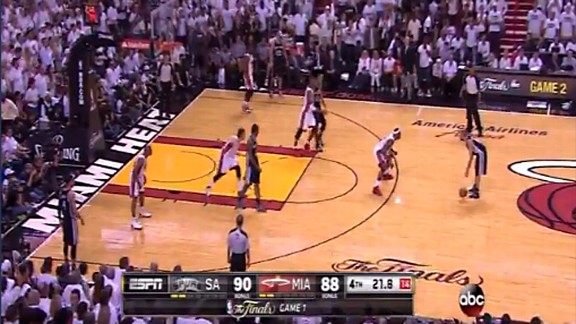 LeBron James: You're going to make me go back to that play?

Manu Ginobili: He had LeBron on him.

Tony Parker: I knew he was coming. Obviously a lot of NBA teams, they put bigger guys on me.

Tim Duncan: I think at this point my mind was just blank. I just wanted him to get a shot up in the air. 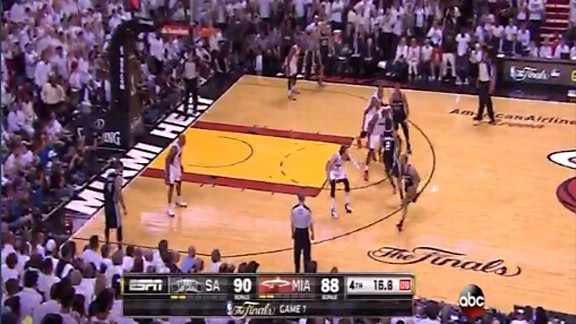 Parker: If LeBron is on me, I just have to try to keep playing the same way, pick-and-rolls.

Ginobili: I think we waited too long for him to play that pick-and-roll, and they are so good guarding that and helping and rotating and long arms on the ball. 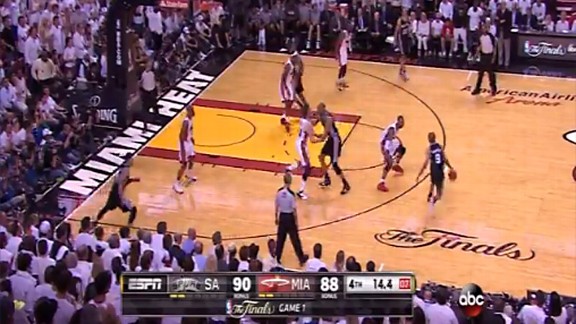 Duncan: I was trying to get position on the board, trying to work Bosh up the lane a little bit, so I could get back to the board.

Spoelstra: We played it all the way through. That's probably what this series is about.

Parker: It felt forever. It didn't work out like I wanted it to. 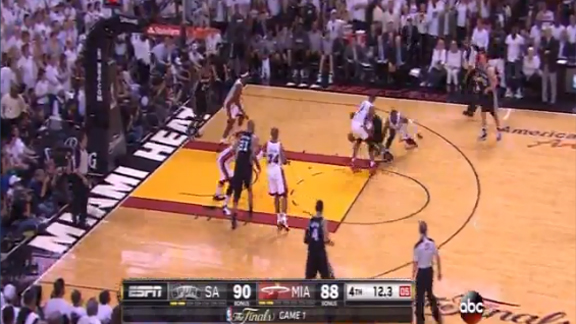 Spoelstra: There were a couple of loose balls where it might have been an opportunity to make it a jump ball, and then he just broke through.

Gregg Popovich: It looked like he lost it two or three times. 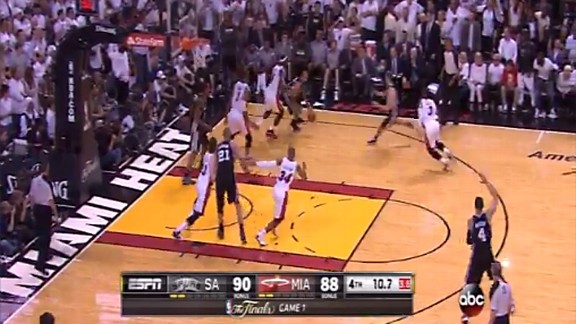 Ginobili: He lost it twice, so I was trying to just [chase] him around to get him an outlet.

Danny Green: That wasn’t drawn up, but he made it look like it was. 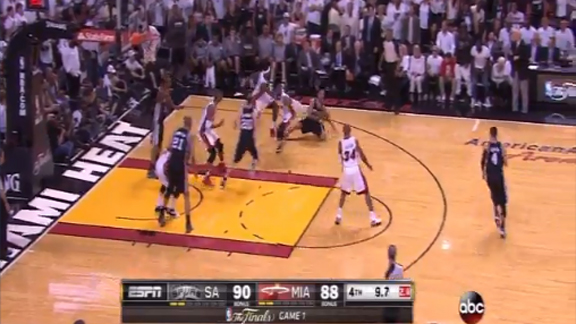 James: He fell over, and when he fell over, I was like, 'OK, I’m going to have to tie this ball up.'

Duncan: I see him go down and I'm just praying he gets a shot off. He does just about everything in the book that he had. 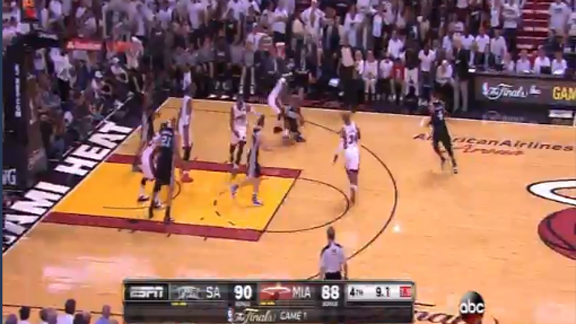 Parker: I thought I lost the ball three or four times.

Popovich: He stuck with it. He kept competing.

Spoelstra: It's going to go down to the last 10th of a second. 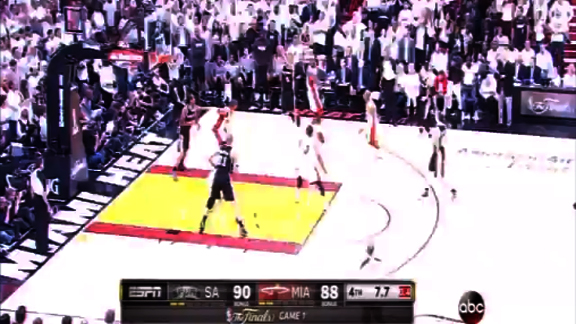 James: He got up and went under my arm. I got a great contest, and he even double-pumped it and barely got it off.

Spoelstra: You can't leave it to chance, even if it's right there at the end of the clock, a body in front. Hopefully you try to make him shoot over the top, but he made a tough play.

Parker: At the end, I was just trying to get a shot up. It felt good when it left my hand.

Popovich: He got it up there on the rim.

Ginobili When he turned to the other side and threw it up, I thought it was late. But going back in the timeout, they told me it was good. 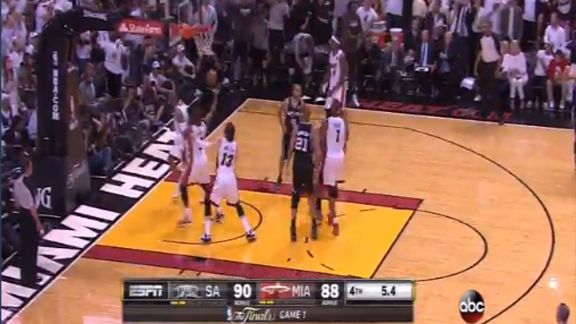 Parker: I was happy it went in.

Duncan: It was just amazing.

Green: That last one wasn’t executed the way we wanted, but Tony made a big play.

Popovich: We were very fortunate. Great effort by Tony, and as I said, we were fortunate.

Spoelstra: He made a tough play, and you have to give him credit for that.