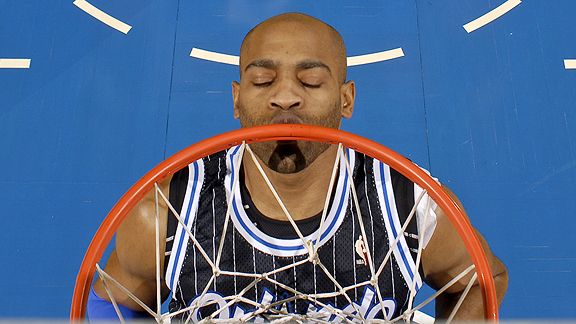 I took four pages of notes during last night's Celtics loss to the Magic. Mostly it's really boring stuff. But there's one thing in all caps, and underlined: VINCE CARTER SUCKS.

I'm not talking about the man. I have met him, and found him to be amazingly nice. I have talked to his mom, his high school coach and all kinds of other people. Nothing wrong with that guy.

I'm talking about his play last night. His defense was OK, but on offense he almost killed the Magic single-handedly. It's hard to remember any player have a worse game.

Where to begin? How about at the beginning? Some moments of Vince Carter's night: