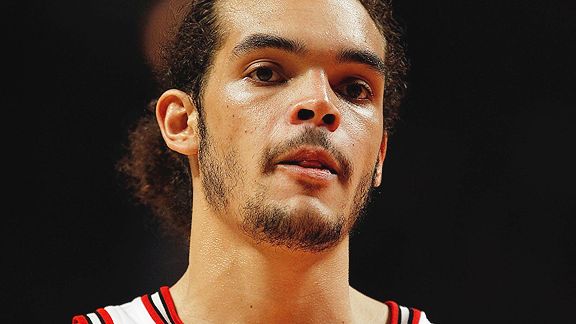 If the Bulls want Carmelo Anthony, they had better be ready to part with Joakim Noah.

Carmelo Anthony is on the market, and indications are that the Bulls are high on his list. That means the Bulls have an opportunity to get their first real top five NBA player since Michael Jordan.

They have been on the lookout for some time. Remember when Kobe Bryant and the Lakers had their detente a few years ago? Chicago was the team vying for Bryant's services. They flirted with Grant Hill and Tracy McGrady in their primes, too. Then, of course, the Bulls were serious finalists in this summer's hunt for LeBron James and Dwyane Wade.

The city loves basketball, and they have had excellent attendance and TV ratings, even without a Jordan-type figure. This team hardly needs salvation.

But Bulls owner Jerry Reinsdorf has to remember how amazing business was back when there was a superstar in the building.

Now he could have another.

Those with knowledge of the talks say the Bulls would love to have Anthony. But the Nuggets want the conversation to begin with Joakim Noah.

Word is that a package of Noah and Deng would get the deal done. If that's the case, the Bulls are a turning point in their franchise history, with a tough decision to make. Some of the considerations:

What do you think? Vote in a poll asking whether or not you'd do this deal if you ran the Bulls.