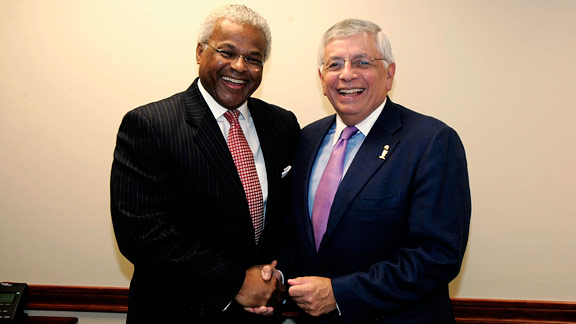 How long 'til we see this again? Billy Hunter and David Stern after agreeing to a deal in 2005.

It's June 30, scheduled to be the final day of the NBA's collective bargaining agreement. 11 things to think about: