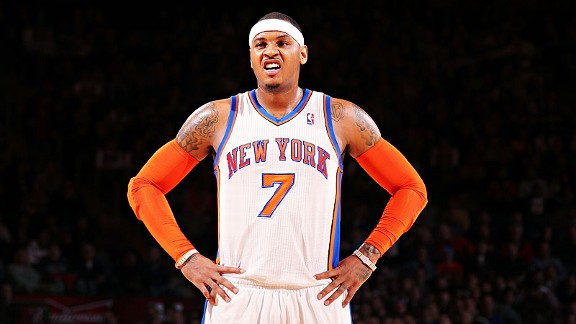 Carmelo Anthony's homecoming has been a mixed bag of thrills, lousy chemistry and lots of losing.It’s not complicated.

Since the celebrated Carmelo Anthony trade 11 months ago, the New York Knicks have won 20 regular-season games and lost 21.

That doesn’t sound so great, but it gets worse:

Maybe it gets better from here. Maybe they solves the chemistry issues. Maybe Baron Davis is the savior.

Royce Webb is an NBA editor at ESPN.com.