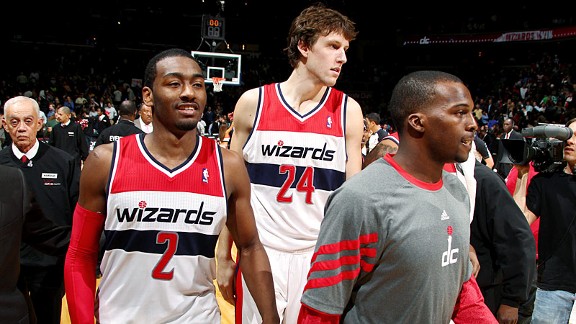 The Wizards found a moment to smile, but you can only smile so much when you're 2-12.

It is the nature of the NBA season that at any given moment, some teams are rolling, while others are rife with anxiety.

Today, though, an oddity: It's hard to find any team that's worry free.

Take a quick look at the NBA's top ten according to John Hollinger's Power Rankings: