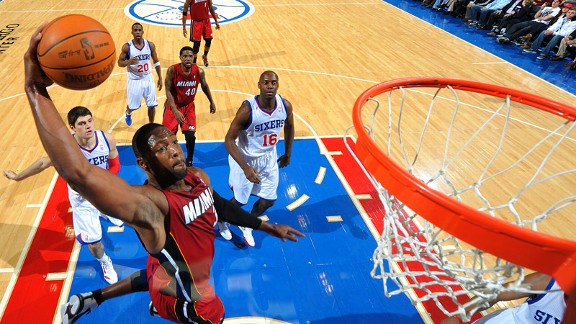 Join us as we get going with HoopIdea, our engine for improving basketball.

The motto: Basketball is the best game ever. Now let’s make it better.

The problem: Many things in basketball exist because of rules and guidelines set up decades ago. But it’s time to rethink. As Bill Simmons wrote last week, the eight worst words in sports are "Because that's the way we've always done it."

THE GAME CAN BE …

We want a purer form of basketball. When you play a pickup game, the game flows continuously. No one is trying to get the other team in foul trouble. No one calls a timeout. Defenders don’t worry about the restricted area, or try to take charges. No way. Players try to make plays.

THE GAME CAN FEATURE …

The rules have been changed before, and they will be changed again. And we want you to play a role in those changes.

That’s all there is to it. Speak up and be heard.

Henry Abbott is the ESPN senior writer who leads TrueHoop and the TrueHoop Network. Royce Webb is an NBA editor at ESPN.com. Follow on Twitter: @TrueHoop | @HoopIdea | @RoyceWebb