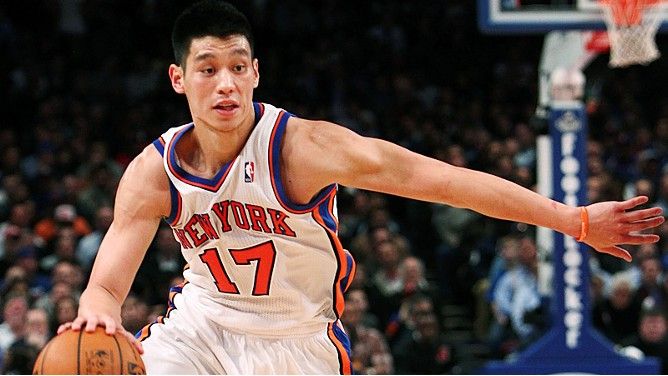 New York Knicks point guard Jeremy Lin (17) dribbles the ball during the second half against the Sacramento Kings on Wednesday.With Jeremy Lin exploding onto the NBA scene, opponents must now determine how to defend him on isolation plays and the pick-and-roll, the two situations he has been most dangerous in this season.

In one-on-one scenarios, opponents would be wise to force Lin to his left. He has driven right on 72.4 percent of isolation drives this season, and he is much more successful going that direction, scoring 1.14 points per play to his right, compared to 1.00 points per play when driving left.

Regardless of direction, Lin will likely look to reach the hoop in these instances. In 35 isolation plays, he has pulled up for a jumper only seven times, making two shots.

The best way to defend Lin in isolation appears to be sagging off him to allow a pull-up jumper, or forcing him to his left as he drives.

Lin’s specialty has been the pick-and-roll, where he has scored more than 44 percent of his points this season. His sample size is admittedly small, but no player in the NBA has been better at going away from the screen on pick-and-roll plays. He scores 1.57 points per play in that scenario, just ahead of Kevin Durant, who is second with 1.55 points per play.

In summary, the ideal way to slow Linsanity on the pick-and-roll appears to be forcing him toward the screen and to keep him away from the left side of the court, where space opens up for him to drive with his dominant right hand.