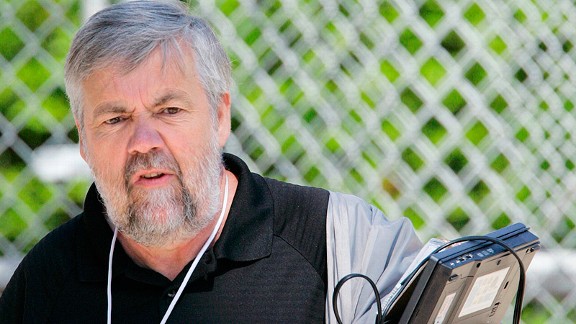 Bill James is the godfather of advanced stats in sports, but he's also one heckuva writer.

The pages of my 1984 Bill James Baseball Abstract are crinkled and mildewy from the moist Carolina summer. My name, in my mother’s handwriting, is written in black felt pen inside the front cover because I lost things at a ridiculous rate, even for an 11-year old. Like every edition from 1983 to 1988, the Abstract was purchased at a small neighborhood storefront called Ardmore Books in a L-shaped strip mall on the north side of Atlanta. Ardmore was owned and run by the kind of quiet, friendly couple you imagine presiding over an independent bookshop. When the Abstract arrived each year, Ardmore would call me, which was pretty cool because it was rare you got transactional phone calls about official business at that age.

The Abstract fed an insatiable need I had for more information about Major League Baseball. Previews from the Sporting News, Sports Illustrated and Streets & Smith's were all fine material, but each could be devoured in a night or two. James' annual was the mother lode, an inexhaustible trove of stuff -- much of which warranted second and third reads.

James' legacy in sports will be as the godfather of advanced stats, an honor he rightly deserves because the most treasured gift you can leave your profession is innovation. But for as much as James elevated our understanding of the game in his Abstracts with his presentation of big ideas, it was his writing that first drew me in. His ability to communicate in his work propelled my interest in advanced stats -- not the other way around.

There were formulas underpinning his findings, but his prose and presentation were liberating and unconstrained by the conventions of sportswriting. He had the gift, an ability to convey these ideas in a broader context with far more self-reflection than self-regard. This is how James greets his readers in the introduction to the ’83 Abstract:

Hi. My name is Bill James, and I’m eccentric.

The final chapter of the Abstract is titled, “Not of any general interest,” in which he defines more obscure metrics. Despite his self-deprecating voice and his repeated acknowledgement that there’s probably only a very small pool of people who care about studying baseball through the prism of advanced stats, James tackles his larger themes with certitude.

My favorite section of the early Abstracts were James’ player ratings, in which he ranked every starter at every position. There’s a beautiful asymmetry to the reviews, and you could almost characterize them as blog posts in the parlance of the digital age. Some extended for several pages; others were only a sentence or two. Some were clinical statistical arguments; others were personal essays as much about James as the player. James would use some of the lengthier reviews to author landmark manifestos on some of the most contentious debates in baseball and to slaughter sacred cows.

James’ 1983 review of Ozzie Smith challenged the faith among many fans that the slick-fielding shortstop was one of the game’s premier players despite his meager offensive stats. Smith was universally loved by baseball fans for his wide smile and acrobatics in the field, and there was a popular belief that Smith was a legitimate MVP candidate because he saved the Cardinals countless runs with his glove. Only, this didn’t sit well with James, who couldn’t find any evidence of Smith’s larger-than-life impact on the Cardinals’ overall performance:

The arguments for Ozzie Smith as the National League’s Most Valuable Player shine with a pristine logical clarity, unpolluted by evidence.

For James, the runs saved by Smith weren’t as countless as many broadcasters, columnists and fans believed (some maintained that number was as high as 100). James demonstrated that the Cardinals’ pitching staff actually had a lower ERA when Smith wasn’t in the field. More impressive than his pursuit of empirical truth was his humility in the face of his findings. Sabermetricians are often tarred with the charge that they’re dogmatic or unwilling to entertain opposing arguments. Yet James almost always left room for the mysteries of the game. After laying out his elaborate argument rebutting the impact of Smith’s fielding, James concludes his long essay with a disclaimer that combines modesty with a faith in his work:

In the Abstracts, James doesn’t lay out a series of statistical arguments, so much as he takes you on an intellectual journey. Serious sports fans -- and James was that above all else -- have peculiar relationships with the players they follow. Sometimes we characterize it as love-hate, or a fondness for on-the-field exploits, even as we try to explain away the player’s human flaws off the field. The Abstracts are full of James’ humanity. Steve Garvey -- handsome, confident, well-mannered and seemingly perfect (circa 1983) -- makes James feel uncomfortable in the precise manner his cousin (pseudonym Wally), the Harvard grad who has never betrayed a moment of human weakness, does.

Self-doubt comes directly from pain, as ashes are left by a fire. What is so unnerving about Wally and Steve is to think they have never lost a year or two out of their lives because they were wondering about something, got their values confused, never sifted through the ashes before.

However much some baseball mystics loathed James’ reliance on empirical data, he couldn’t have been further from a robot. James was baseball’s most confessional, most personal voice. In his early work, he grapples with inner conflict as both a man of science and a lover of the game. There’s something about Tigers first baseman Enos Cabell that drives James crazy (or, more specifically, Tigers manager Sparky Anderson’s reliance on Cabell, whom Anderson saw as a consummate team player, despite a lack of production):

I think that’s what drives me nuts about Sparky Anderson, that he’s so full of brown stuff that it just doesn’t seem like he has any words left over for a basic, fundamental understanding of the game. I want to look at a player on the basis of what, specifically, he can and cannot do to help you win a baseball game, but Sparky’s so full of “winners” and “discipline” and “we ballplayers” and self-consciously asinine theories about baseball that he seems to have no concept of how it is, mechanically, that baseball games are won and lost. I mean, I would never say that it was not important to have a team with a good attitude, but Christ, Sparky, there are millions of people in this country who have good attitudes, but there are only about 200 who can play a major-league brand of baseball, so which are you going to take? Sparky is so focused on all that attitude stuff that he looks at an Enos Cabell and he doesn’t even see that the man can’t play baseball. This we ballplayer, Sparky, can’t play first, can’t play third, can’t hit, can’t run and can’t throw. So who cares what his attitude is?

In some sense, the ’83 Cabell comment represents the definitive mission statement, albeit a scathing one, of the sabermetrics movement. Baseball desperately needed to be demystified, so we could advance our understanding of its beauty. Mythology can be lyrical, but its narratives are sometimes rooted more in convenience than reality. James sought to change that in a radical way, even as he grew closer to the nerve center of the game as more people became familiar with his work. One year after that Cabell screed, James confronts the consequences of his words (and, as usual, articulates that even his most passionate opinions are accompanied by doubt):

You may not believe this, but Cabell and I have friends in common … He apparently has taken my remarks about his abilities in stride, and left an unfriendly but good-natured gesture with an intermediary. Public life is rougher than you think it is; you learn to accept those things. Everybody tells me that Enos is a hell of a good guy, and you know, you can tell he is. His abilities being what they are, would he be in the major leagues if he wasn’t? Tom Reich insists that if the Tigers don’t re-sign Enos, it will cost them 10 games next year because they’ll lose Enos’ steadying influence on some of the other players. I don’t deny it; I just don’t have any way of knowing about it. I’m an outsider. And I find that the closer I get to becoming an insider, the harder it is to resist their distortions and misjudgments. So I spray a little acid around, make a few enemies. It helps keep me honest.

James’ honesty was why his Abstracts became the first grown-up work I absorbed. I can’t say for sure, but they might be the most profound inspiration for wanting to become a writer. In the ’84 Abstract, James included a capsule for each major-league manager, evaluating their habits and leanings. Was the manager “more of an emotional leader or a decision-maker?” “Is he an intense manager or more of an easy-to-get-along-with type?” “Does he prefer to go with good offensive players or does he like the glove men?”

In seventh grade, bored out of my wits in Torah-study class at my Orthodox day school, I appropriated the format of James’ managerial profiles to identify the inclinations of every teacher in the school. “Does he prefer the religious kids who know everything about Chumash (the five books of the Old Testament) or does he like to help non-Orthodox kids who don’t know as much?” “Does she spend a lot of time in class going over homework, or does she teach new stuff?” And, of course, “Is she an intense teacher, or more of an easy-to-get-along-with type?”

At the MIT Sloan Sports Analytics Conference on Friday and Saturday, a community of acolytes will celebrate James’ enormous influence. Most of that praise will focus on the way James elevated advanced statistics and data-driven practices to the forefront of the sports world. As much gratitude I have for those contributions, I’ll honor James for his voice, which kept me company during long family road trips and rest hour at summer camp -- and which convinced me that the way I looked at the world as a kid wasn’t crazy.