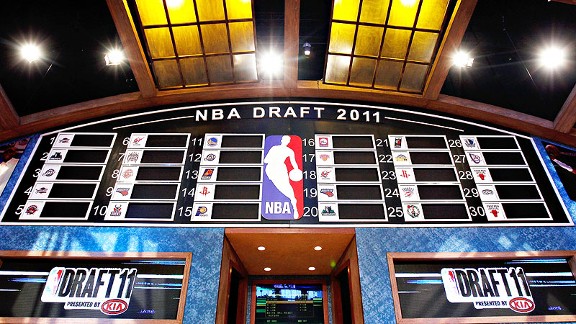 A couple of weeks ago, thousands of med school graduates logged onto the National Resident Matching Program (NRMP) website to find out where they'll be spending the next few years of their lives as medical residents.

"National Match," the system that governs this process, includes an extensive application (which takes into account a medical student's standardized test performances) and interviews by invitation. Once those face-to-face meetings are over, hospitals list their candidates in order of preference, while the future residents do the same for hospitals. Those rankings are fed into a computer where an algorithm processes them, then figures out where there's mutual interest. On National Match Day, the assignments are announced.

NRMP isn't perfect, but it's regarded by people in the medical industry, as well as economists who study labor markets, as a very effective way of pairing talent with institutions. Candidates can target hospitals based on any number of personal factors. An aspiring thoracic surgeon might seek out Massachusetts General. Maybe another candidate wants to stay close to home, and thus ranks local programs highest. The best and the brightest will go hard for the elite institutions -- the Mayo Clinics and MD Andersons of the world (and those hospitals will naturally seek out the choice prospects).

However candidates measure these factors, residents generally land in places that make sense for them, while hospitals sign up residents who fit their criteria.

It's all relative, of course. The finest hospitals and the most polished candidates are more likely to snag their top choices -- but that's only natural. Law school grads who finish atop their classes land plum associate positions at firms where they'd most like to work and same holds true across most professional sectors.

This is how the labor market works -- talented people and prestigious institutions generally get the pick of the litter. But it's not how it works in the NBA, where the most gifted young players are assigned through the draft to teams, regardless of personal preferences or market value. 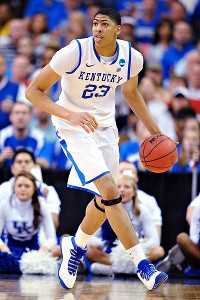 The most talented young player anywhere has no say over where he works.

The NBA as the real world

Can you imagine how the restrictive parameters of the NBA draft would play out in any other business? Would we tell the a once-in-a-lifetime engineering grad who wants to negotiate a position and salary at the top tech firm in the Silicon Valley, "No, actually, you're required to work for the sector's laughingstock, a company managed by incompetents with no clear vision of the future -- at a fixed salary that's set by a third party." Yet this is the governing philosophy every spring when the NBA distributes members of the incoming draft class to the league's 30 teams.

Right now, most experts have Kentucky big man Anthony Davis slated as the best prospect in the upcoming draft. He is a transcendent presence on the floor with extrasensory defensive instincts. Davis will have almost no right to negotiate his salary. He won't be allowed to choose the city he lives in, his bosses, his co-workers, the facilities where he plies his craft, the team training staff who will take care of his body or the corporate culture of the place. Barring a dramatic trade, Davis will likely be rewarded to a franchise that's failed miserably this past season -- and possibly one that's failed strategically in an effort to secure his services.

The privilege of choice

We have no idea where Davis would like to work if given a voice in the matter. Is the Chicago kid someone who wants to stay close to family, even if it means taking less money or playing in a small market like Milwaukee? Would he and his representatives approach the Heat, the big dogs in the East who could use a center, even though Miami couldn't offer the money or touches Houston could? Maybe there's an NBA coach who dazzles him with the power of persuasion, or a team that could pair him with a dynamic point guard, like Cleveland. Then again, maybe Davis just wants to go where he can make the most money -- playing time, viability, co-workers and geography be damned.

On the other side of the equation, teams like the Rockets or Suns won't even have the opportunity to make a pitch to Davis. Neither Houston nor Phoenix can be fairly characterized as a serious contender this year but, rather than tanking, both teams decided to put a competitive product on the floor every night for their fans. Even though Houston and Phoenix could each use a frontcourt presence like Davis, by outperforming expectations and generally trying to win basketball games, neither can bid for his services.

This is Houston's reward for finding diamonds in the rough like Chandler Parsons and identifying, acquiring, then locking up a previously obscure player like Kyle Lowry. Observers have chided Phoenix for hanging onto a franchise legend like Steve Nash (who still ranks as one of the league's most efficient point guards). Why? Because Nash makes the Suns too competitive, thereby sullying their chances to sink to the bottom of the standings where they could vie for a top pick this June.

Instead, chances are Davis will land with Charlotte, New Orleans or one of the other teams racing to the bottom of the standings. These doormats know the best way to secure elite talent at below market value is to lose as many games as possible to increase their odds in the NBA lottery.

What can be done?

These disincentives and inefficiencies have been well-documented, so what's the remedy? How can we create an NBA that better approximates life in the real world, where the most competently run companies can tout their reputations to attract the most skilled prospects, and where those prospects get to consider the factors that are most important to them as they mull over where they'd like to work?

The league could institute its own "National Match," where teams and players were wed based on mutual interest. The NBA could have teams bid on draft slots. Some have proposed an auction system used by many fantasy sports leagues, in which a prospect is assigned to the highest bidder.

Novelty has its appeal, but addressing the inherent inequities of the draft might be best addressed by Occam's Razor -- simply declare all eligible incoming rookies free agents.

Free agency would address the unfairness of the current draft system, as discussed above. It would eliminate any incentive to tank, allow each team the opportunity to make its sales pitch to the prospects of their choosing and grant the same freedom to top talent that's afforded to hotshots in virtually every other corner of the private sector.

For NBA teams, free agency would put a premium on expertise and the ability to evaluate the field. No longer can the general manager who's picking in the top three bask in the comfort of knowing he'll, more likely than not, land a superior prospect at discount.

Meanwhile, teams that apply their smarts to assess talent will be rewarded for that. And organizations that compete will reap the benefits of their dedication. They'll be able to approach a desirable young player and his representatives and say, "We care about winning. Hop aboard." And organizations that exercise fiscal discipline can outbid those who don't.

A new emphasis on identity and strategy

What is your sales pitch to prospects?

That all depends, but it better be something.

Some of the league's most respected teams already understand this. When Mark Cuban took over the Dallas Mavericks, he immediately transformed a dingy organization into a workplace that attends to the comforts of its players -- the finest locker rooms, facilities, team aircraft and other perks. The Mavs became the Singapore Airlines of NBA teams.

The Lakers and Celtics sell mystique.

San Antonio is a place where buttoned up professionals go to play.

More recently, Oklahoma City has projected a culture of character. For all the talk about small-market teams being at a disadvantage when it's time to retain their superstars, Kevin Durant and Russell Westbrook readily re-signed in the league's third-smallest market, without a hint of drama.

Each team that's interested in seriously competing in the rookie free agent market will need to sculpt its identity. Maybe in an effort to attract devout athletes -- of which there are many -- an organization decides to place a premium on faith.

In a league where player development has too long been an afterthought, a team might make that its calling card. If it can build a reputation for coaching rookies up, that could become a meaningful selling point.

Certain teams might reject rookies altogether, whether because these organizations are risk-averse when it comes to extending large contracts to unproven prospects or because they don't want to absorb young players into a veteran culture.

Others might want to populate their rosters with guys committed to mastering the new wave of data-driven strategy. Still others might want particular players for a very specific schematic system.

Opening up the labor market would allow teams to better to lay down organizational blueprints for the long haul, to actualize their visions for the future. And anytime we have the opportunity to reward vision, we should.

Proponents of parity may argue that such a system would only widen the gap between the haves or have nots, but if we work within the existing salary cap structure, I have a hard time buying it.

Are we certain a supernova would accept a role as the fourth or fifth option with the Lakers at the rookie minimum, when the Hornets could lavish him with a robust deal and promise 35 minutes a night -- during which he could pad his resumé for his next big contract? If you're a bona fide wing, do you really want to go to Miami, which has two guys who are pretty good already situated and little money to spend, or make a name for yourself in Washington, a team in a terrific market with cap room to burn and a dynamic point guard who needs a shooter beside him?

Another benefit of self-determination for rookies would be a likely uptick in retention. A young player who chooses his destination based on his personal criteria is far more likely to stick around long-term. In that same spirit, an organization that excitedly recruits a prospect is probably going to be more committed to its investment than the team that grabs the "best player on the board."

The NBA draft has grown into one of the league's great cultural events, and one that's beautifully telegenic -- young men realizing their professional dreams, tearful parents overcome by pride, a night when hope is restored to fans of struggling teams.

But the spectacle of a four-hour pageant -- as much fun as it is -- feeds a system that encourages bad behavior, favors incompetence over achievement and cheats young men of the privileges that talented people in a free labor market should receive.