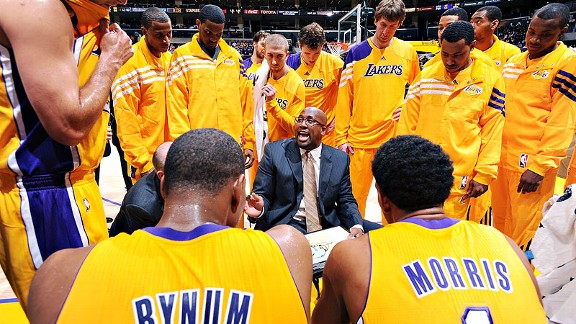 The last four years he has coached, Mike Brown's teams have led the league.

Basketball geekery has delved into crunch time in various ways.

But all that is only part of the picture. Because as much as we love clutch buckets, clutch wins also have a ton to do with defense. If you're going to point to any team as elite in the clutch, that must be included, and now it is.

As John Hollinger has explained, a lot of what teams do in crunch time is likely random. Looking at tiny parts of games creates some wacky results without a lot of predictive value ... anyone who says they know a team will do well in crunch time is likely fibbing. All teams do both well and poorly at different times. But defense may be a bit of an exception. Teams do seem to play defense with a certain consistency late in games.

Using NBA.com data from the last five years (current as of today), from games within five points in the final five minutes of the fourth quarter or overtime, Trevor Ebaugh of ESPN Stats & Info. dug in and created this pretty Tableau table: Some of what we noticed:

Mostly, this feels like it's the tip of the iceberg. There's a lot more to learn about all this, and one of the big questions on the horizon is something Bill James has wrestled with in baseball for quite some time: Is there such a thing as clutch time performers? Are there really players or teams who do better with the game on the line?

That's still not something we know. What we do know is that a lot of what we thought we knew was wrong.