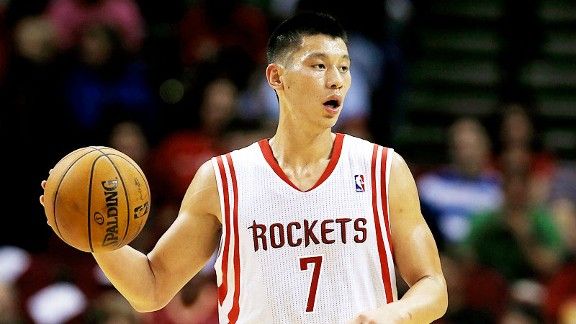 Jeremy Lin is scoreless on 14 isolation plays this season.Did Jeremy Lin make a mistake by leaving the New York Knicks and signing with the Houston Rockets?

We're only seven games into the season and Lin is still adjusting to his new team, but thus far it looks statistically like he was better off with the Knicks.

Last season, Lin was one of the best isolation players in the league, according to Synergy Sports. He ranked third in the NBA in points per isolation play among the 91 players with at least 75 plays, just behind his new teammate James Harden.

The Knicks led the league in isolation plays and points last season. Their primary offense consisted of spreading the floor and letting Lin and others attack off the dribble.

There were two contrasting offseason theories:

• Lin, who bounced around from team to team before finally finding a role with the Knicks, was only successful in New York because the Knicks relied so heavily on isolation plays and were able to spread the floor. He wouldn't be as successful in Houston with a more team-oriented offense that doesn't rely so much on isolation and doesn’t have as much talent to spread the floor.

Lin is shooting 0-for-8 with six turnovers and zero points on 14 isolation plays this season.

The issues? Turnovers and lack of aggressiveness.

Lin has turned the ball over on 43 percent of his isolation plays this season -– the highest percentage in the league -- after turning it over on just 6.5 percent of those plays last season.

BEST ISO BACKCOURT? NOT SO FAST

But that's not the case thus far. In fact, it's quite the opposite.

The Rockets are shooting just 28 percent on isolation plays this season, the fourth-lowest percentage in the NBA.

Not only is Lin struggling is isolation, but Harden is as well. Harden is shooting just 24 percent, the worst isolation field-goal percentage of the 19 players with at least 25 plays this season, although Harden has found other ways to score – he’s shooting 51 percent on non-isolation plays (Lin: 39 percent).

The Knicks and Thunder both had plenty of talent spread throughout the court, thus allowing Lin and Harden to excel in isolation without teams being able to collapse on one single player.

The Rockets are different. Lin and Harden are the clear focal points of their offense – they’ve combined for 74 percent of their isolation plays this season.

If Lin is going to become a more efficient offensive player, he’ll have to learn how to score in other ways. As of now, it appears that he still has a lot of room for improvement.