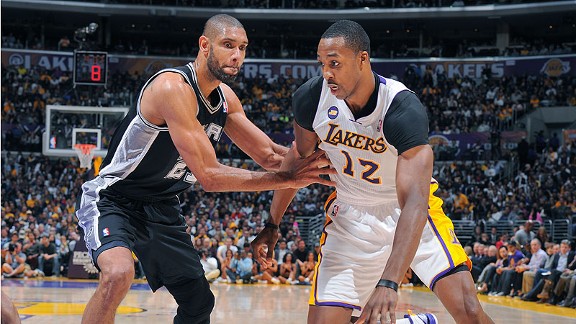 Dwight Howard supports something along the lines of a "15 seconds or more" offense.

Any offense dominated by Kobe Bryant becomes a blank slate when he’s not present. A few very general principles might remain, but the Los Angeles Lakers’ half-court offense was essentially starting from scratch. Over the weekend, Dwight Howard prescribed a slower, more inside-oriented offense as the best bet to mitigate Bryant's absence. Did the Lakers accept Howard's proposal? A few quick notes from the Lakers' 91-86 win over the San Antonio Spurs on Sunday night at Staples Center: