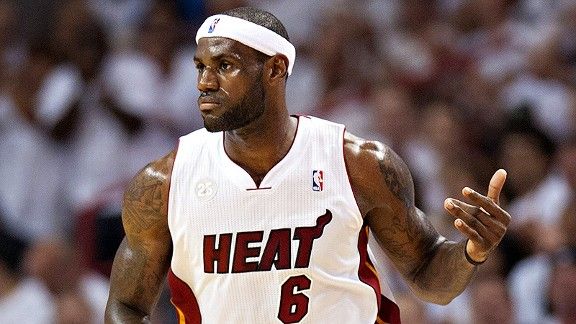 LeBron James made a buzzer-beater with no time remaining to defeat the Pacers in Game 1.What can’t LeBron James do?

Game winner at the buzzer? Sure.

LeBron is the first player in NBA postseason history with a triple-double and a buzzer-beater game winner in the same game.

Not too long ago, the discussion was about how LeBron wasn’t clutch. That no longer seems to be a discussion.

Since LeBron came into the league in 2003-04, nobody in the NBA has made more game-tying and go-ahead shots in the final 24 seconds of playoff games than LeBron, who is 7-of-16 on those shots. His 43.8 field goal percentage on those clutch shots ranks the best in the NBA since his rookie season among players with at least 10 attempts. The league average is 28.3 percent on those shots.

Along with his buzzer-beater layup to defeat the Pacers in Game 1 of the Eastern Conference finals, LeBron also made a go-ahead layup with just under 11 seconds remaining in overtime.

The buzzer-beater was LeBron’s first game winner in the final 10 seconds of a playoff game since his buzzer-beater against the Magic in Game 2 of the 2009 Eastern Conference finals.

The last time any NBA player made a buzzer-beater to win a playoff game was Paul Pierce for the Celtics in 2010 against the Heat.

LeBron and Ralph Sampson are the only players in NBA history with at least 30 points, 10 rebounds, 10 assists and three blocks in a playoff game, according to the Elias Sports Bureau.

Sampson did it in 1986 for the Rockets against the Nuggets. Blocks became an official statistic in 1973-74.

Since the 2006 postseason, a player has had a playoff triple-double with at least 30 points four times. All four of those players are named LeBron James.

The last player other than LeBron to accomplish that feat was Steve Nash, for the Suns in 2005 against the Mavericks.

LeBron now has nine career postseason triple-doubles, which ties him with Wilt Chamberlain for fifth on the all-time list, according to Elias. Only Magic Johnson (30), Jason Kidd (11), Rajon Rondo (10) and Larry Bird (10) have more.