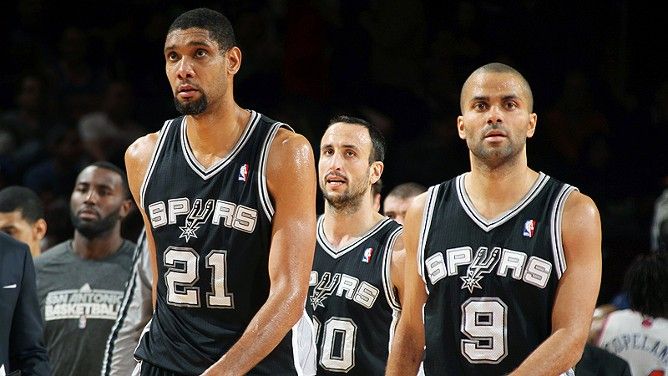 The Spurs’ success has provided the team lots of rest between series in the past. But is that the best way to go into an NBA Finals series?

On Thursday, the 2013 NBA Finals begin with the San Antonio Spurs taking on the Miami Heat. After wrapping up the Western Conference finals with a sweep of the Memphis Grizzlies, the Spurs will have had nine days of rest. The Heat will have had just two.

This poses the question: Does rest really matter?

This will be the seventh NBA Finals matchup between a team that swept its previous round against a team that had a seven-game series since 1958. (That’s when the round immediately preceding the NBA Finals went best-of-seven). The teams that swept are 4-2 in those NBA Finals.

The seven-day rest difference is tied for the largest for NBA Finalists under the current playoff format (since 1984).

According to the Elias Sports Bureau, teams with fewer days off than their opponents have a playoff series record of 69-101 (.406 win percentage).

San Antonio’s nine days off is tied for the second-longest layoff since the NBA went to the current playoff system. Teams are 3-2 in any Game 1 following a layoff of at least nine days. Between a conference final series and the NBA Finals, that mark is 2-2.

In three of the previous four years that the Spurs won the title, they had at least seven days off before the Finals.

• The Spurs won their first NBA title in 1999 after having nine days off. That year, the Spurs reached their first Finals after dispatching the Trail Blazers in four straight games. They showed no rust holding the New York Knicks to just 79.8 points per game and won the series in five games.

• The Spurs entered the 2005 Finals after a seven-day layoff to face a Detroit Pistons team that just played a seven-game series. The Spurs took advantage of their rest by handily winning Games 1 and 2. The Pistons did bounce back, eventually forcing Game 7, which the Spurs won.

Most Days Off
Between Conference Finals and NBA Finals

• In 2007, the Spurs had another seven days off before facing the LeBron James-led Cleveland Cavaliers. After playing a tough, six-game series against Detroit, LeBron and the Cavs were no match for the well-rested veteran Spurs, losing in four straight.

Is there a difference between other sports?

Since the NBA adopted its current playoff format in 1984, there has been just one team to win the NBA title after having just one day of rest after winning the conference title. The 1990 Pistons defeated the Bulls in Game 7 on June 3 and began the NBA Finals against Portland on June 5. They went on to win the series in five games.