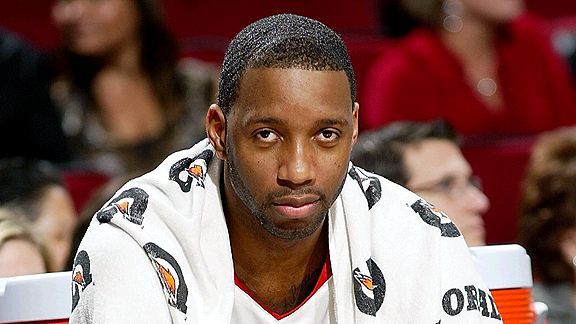 Tracy McGrady can look back on his career knowing his numbers look pretty good.

With Tracy McGrady retiring on Monday, we offer up a statistical tip of the cap and look at his most impressive numbers and historical comparisons.

• McGrady was one of the NBA’s best players between the 2000-01 season and the 2007-08 season as a member of the Orlando Magic and Houston Rockets.

McGrady is one of seven players in NBA history to have eight straight seasons of 20 points per game, five rebounds per game and four assists per game. The others are Kobe Bryant (14), LeBron James (10), Michael Jordan (10), Oscar Robertson (10), Kevin Garnett (9) and Larry Bird (9).

• The Elias Sports Bureau notes that there have been 60 players who have scored at least 18,000 points in their NBA careers. Of those 60, eight have played at least one game in a winning series in three playoff series or fewer. McGrady is on that list, along with Dave Bing (1), Reggie Theus (1), Walt Bellamy (2), Antawn Jamison (2), Bernard King (2), George Gervin (3) and Dominique Wilkins (3).