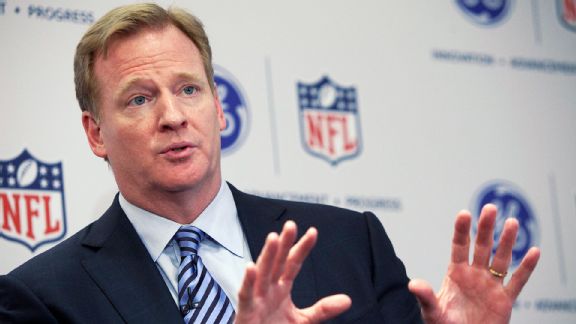 There's a scene in the incredible football head injury documentary "League of Denial" where we hear a tale of what would happen to the NFL if just 10 percent of American moms decided they didn't want their kids to play football.

The story is told only second-hand, and quickly. But (as detailed in the associated book) the NFL-affiliated doctor Joe Maroon once said that if just 10 percent of American parents held their kids out of the sport with safety concerns, over decades that would touch off a cascade of effects that would spell the end of NFL football as we know it.

Keep that 10 percent number in mind today as I tell you an HBO Real Sports/Marist poll finds that 33 percent of Americans say the things we've learned recently about head injuries would make them less likely to let their kids play football. Thirteen percent say the matter is settled for them, and would not allow their sons to play. On top of that, 14 percent of Americans told the pollsters things they had learned about brain injuries made the sport less enjoyable to watch.

If you're NFL commissioner Roger Goodell, or a fan of football ... wow. You sure better hope that story from "League of Denial" is bogus. If it's anything close to correct, 2013 is the year the competition between the NFL and the NBA changed forever.

Of course, David Stern will go nowhere near gloating about a devastatingly sad sports story, no matter the implications for his league. "Why would I want to touch that?" he pleaded, when asked about the Marist poll at Wednesday's Board of Governors meeting in New York. "My business is the NBA."

Football head injuries are among the most tragic personal stories in sports media. Children and young people getting permanent brain injuries from a game played to amuse ... who ever imagined a real 2013 sports story would have such a profound "Hunger Games" vibe? Is this kind of entertainment OK?

But the reason this matters to Stern is because in addition to a chillingly personal story, it is also the biggest sports business story in ages. Basically, the biggest force in the history of sports business -- the NFL -- has had a kind of "black swan" event -- a permanent change nobody could have seen coming. There's a fracture, suddenly, between football, its players and its fans. The numbers are coming in, and you have to wonder if the coming decades really will bring radical reformation of the sports landscape.

All the while, the NBA is decades into a strategy to nip at the heels of the NFL, in terms of global popularity. Growing the NBA has been the top duty of Stern, who has often been called the best commissioner in sports -- and who will happily explain why there is every reason to think the NBA's future is sunny, no matter what happens to the NFL.

"Basketball is now the largest participation sport in high school and college, I just saw a study. So we're feeling great about the future," he says. NBA officials have long cited research showing that the number of people playing hoops in their youth predicts well how many will watch it later in life. In other words, basketball is among the most likely sport children who won't be allowed to play football will choose instead. Multiplied by millions, that has big implications.

Meanwhile, the NBA has massive popularity in China, and a strong head start in India and Africa -- where, Stern points out, a combined audience in the neighborhood of 3 billion people is at the ready. To Stern, that means more fans and more television deals.

"We're feeling very good about the influx that's going to come of fans," concludes Stern, "and ultimately of players as well." He was talking about an influx from overseas market, it seems -- not from football. But it goes without saying he'll welcome new fans no matter where they come from. That's the nature of the business.