Did you know?
Bird, Wilt Chamberlain and Bill Russell are the only players to win three straight MVP awards. During his run of MVPs, Bird received 85 percent of the first-place votes, a mark that Chamberlain or Russell didn't hit even once during their three-year MVP runs. Bird's teams also won all six playoff games it played against Michael Jordan. -- ESPN Stats & Info

Go ahead. Try to choose the most pulsating game-winner Larry Bird ever took. You'll be exhausted sorting through the choices.

For purists who revere storybook rivalries, it's Game 4 of the 1984 NBA Finals. As the final seconds ticked off, Bird pinned a familiar opponent -- Earvin "Magic" Johnson -- and launched a soft fallaway over his league measuring stick to clinch the overtime win.

Those enamored with Bird's swagger favor the Dec. 30, 1986, game against the Seattle SuperSonics, when Bird sauntered over to Sonics forward Xavier McDaniel in a tie game and informed him, "I'm going to stick a jump shot in your face." McDaniel retorted, "I'll be waiting."

So would Dale Ellis, yet Bird calmly drilled the 22-footer over both of them. Bird turned to the stunned McDaniel and chortled, "I didn't mean to leave 2 seconds on the clock. I meant to hit it at the buzzer."

Such was life with the best clutch shooter I've ever seen. Bird craved pressure and oozed confidence. His marksmanship was no accident; it was borne from a fabled work ethic that endeared him to a Boston fan base that cherished a superstar who mowed his own lawn.

With Bird, anything was possible, including stroking a dramatic game-tying 3-pointer against the Washington Bullets on Nov. 7, 1987, only to discover the basket was waved off because Celtics coach KC Jones called timeout. Unperturbed, Bird notified Darrell Walker, Mark Alarie and any other Bullet within earshot he planned to take the exact same shot again.

He did. It swished through. Then he launched a game-winning buzzer-beater in double overtime. I asked Bird afterward how he knew those shots would fall.

"Cuz I was the one taking 'em," he answered. 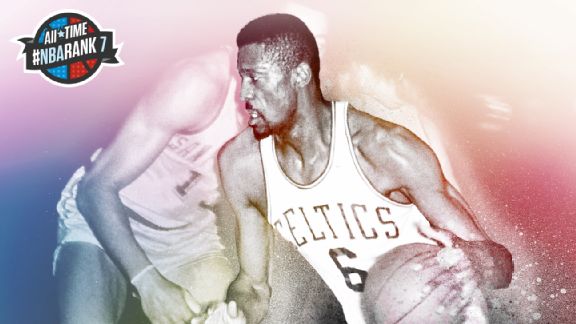