Did you know?
Russell won 11 NBA titles, more than any other player in NBA history. His teams made the NBA Finals in 12 of his 13 seasons, and he averaged at least 20 rebounds per game in 11 of the 12 series while leading the Celtics in scoring twice and assists once. -- ESPN Stats & Info

"Shooting," he once explained, "is of relatively little importance in a player's overall game."

Winning was a different story. While his treasured friend (and rival) Wilt Chamberlain bedazzled NBA fans by hitting the century mark in a single game, Russell focused on the defensive end of the floor, where he fervently believed the key to his franchise's title aspirations resided.

For evidence, consider this legendary tally: 11 Boston Celtics championships in 13 seasons, from Russell's rookie season in 1957 until he retired in 1969.

At a time when the 3-point shot was a gimmick utilized by the short-lived American Basketball League, the Celtics thrived on shepherding opponents into the paint, where a lanky Russell awaited. "Russ" didn't swat those offerings into the stands; he blocked them directly toward his teammates, who glided off in transition. Boston's fast-break attack, spurred on by a Russell block or his gorgeous outlet passes, emerged as their offensive calling card.

We can only guess how many blocks Russell accumulated; no such stats were recorded in his day. We do know he averaged 22.5 rebounds a game and 4.3 assists in his career, a nod to his court vision and willingness to share the ball.

Boston nearly ripped off 12 championships in 13 years, but in his second NBA season, Russell sprained his ankle in Game 3 of the 1958 Finals. He limped up the floor in a bulky cast for the remainder of the series against Bob Pettit and the St. Louis Hawks, who won in six games.

Subsequent media reports speculated whether Boston had staying power. Little did they know Russell was just getting started, ringing up the only numbers he truly craved: championships. 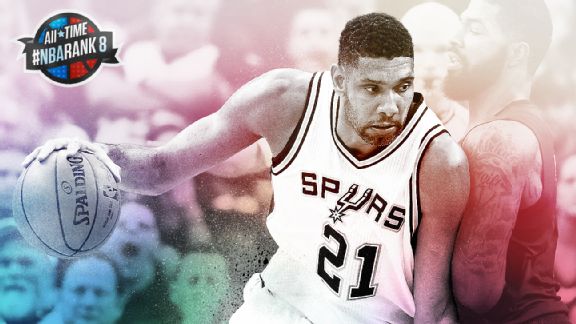