John Heisman was the head football coach at Georgia Tech from 1904 until 1919. He moved on to other coaching jobs, eventually landing at the Downtown Athletic Club in New York, where the Heisman Trophy was originated, then named after him upon his death. On Heisman's departure from Tech, Bill Alexander assumed command, and remained until 1944. Bobby Dodd, an Alexander assistant, became head coach in 1945. He remained head football coach until 1966, retiring after his last team played in the Orange Bowl.

Three head coaches in 63 years  three that established a program in which each won national titles, produced outstanding graduation rates, and during which all three earned membership in the National Football Foundation Hall of Fame. 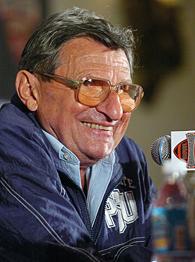 In 1951, Joe Paterno graduated from Brown University and joined his college coach, Rip Engle, as an assistant at Penn State University. Engle enjoyed a successful 15-year run as head coach, and was succeeded by Paterno in 1966. As every U.S. citizen and likely most of the world knows, JoePa remains in place after 41 years, one of the two most successful coaches of all time, along with Florida State's Bobby Bowden.

I could go on, recounting program after program that has prospered because a decision was made to hire a qualified man, set high expectations, practice a modicum of patience, and then stick by him. The decision includes the normal ups and downs one can expect when dealing with teenaged males in intense athletic and academic competition.

Any cursory study of those programs that enjoy a tradition of consistent winning, with dignity, and with concern for players' academic and personal welfare will reveal a similar set of circumstances. Sound judgment from administrators, trustees and athletic boards assures that qualified people are hired as presidents and directors of athletics. In most of these cases, the athletic department is viewed as an integral part of the institutional mission, but is kept in reasonable perspective.

That chain of command and leadership emphasis assure that the revenue-producing operations will be run like a good business. They assure one and all that the most visible aspect of the university's mission will remain out of the hands of immature, overzealous, often dishonest boosters.

Insane Repetition
One definition of insanity is that of repeating the same behavior while expecting different results. Universities that routinely change coaches for capricious reasons appear to fit that definition. The decisions appear even more questionable when those coaches are fired only months after they're awarded expensive contract extensions.

Regular folks who love their schools and who follow such programs ask me every year, "What could they be thinking?"

I confess to a bias in the Mike Shula situation at Alabama. His father, Don, became my head coach with the Baltimore Colts at a time when my playing career was very much in question. He and his staff are the reasons I was allowed to continue in the National Football League. Mike was a little fellow running around our training camp. Years later, as head coach at Georgia Tech, I would try to recruit Mike to be a part of our program. We were unsuccessful, and we competed with him during his outstanding playing career at Alabama. When we moved to Tuscaloosa in 1987, he was just graduating, and was among the first to warmly welcome us.

Putting aside personal loyalties, the facts of young Shula's employment situation bear review. When he was hired, Alabama was staggering from a series of coaching changes (Shula was the fourth in as many years), the Mike Price situation, severe NCAA probation with scholarship reductions and the fact that spring practice had already been completed.

Two cruel ironies that would seem to demand an explanation are that NCAA sanctions end in January 2007, and that Shula received a huge contract extension this past spring.

Would it have made sense to give the coach who inherited nightmare conditions a chance to coach beyond the NCAA probation/scholarship reduction period? If that thinking was not a part of the rationale, then why extend his contract in the spring?

Does the decision-making process appear rational?

At Arizona State, athletic director Lisa Love fired Dirk Koetter. Koetter came on board after Bruce Snyder, who, like Koetter, had a winning record and a bowl bid at the time of his firing.

Koetter, like Shula at Alabama, received a hefty multiyear contract extension less than a year ago.

Does the decision-making process appear rational to you?

Perspective
When football matters become impossible to understand, I call on Grant Teaff, executive director of the American Football Coaches' Association. Teaff had an incredible career as the head football coach at Baylor University, and has been serving the AFCA since 1993. I asked if college decision makers were really losing their minds. 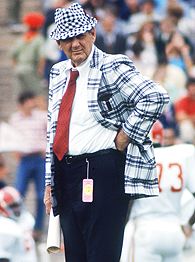 "Tell those folks in Tuscaloosa that he's not coming back!" Grant responded.

I didn't have to ask who he meant. Bear Bryant's long shadow looms across the Alabama landscape, and is usually blamed for the huge expectations in the program. But Bryant cannot be held accountable for decisions he never would have made. For those of us who coached against him, we learned the hard way that he was rational above all else. His players remember him for always making the decisions that would be best for the program.

I told Grant that much more than a longing for Coach Bryant was involved here. He got serious and reflected from his unique vantage point. I paraphrase: "Most of the people making decisions about coaches these days have no football background. They did not play our sport, they did not coach it, and they simply do not understand it. So they work from their sports business school model, often ignoring the most important aspects of the situation: student-athlete welfare and fiscal responsibility."

Two types of situations are in play here. The one above involves a person, however well-intentioned, that has no possibility of understanding the complex dynamics of a major college football operation, with its 100 teenaged males and myriad issues related to their well being.

The second, equally devastating scenario is one in which the director has football credentials but is not allowed to actually make key decisions. Boosters who provide the hundreds of millions of dollars required to fund the facilities arms race manipulate decision making. I have no direct information indicating that this is the case in Alabama, but sources close to the program believe it with all their heart.

Stability
When stability is dictated by quality leadership, good football players gravitate toward the program, the local chapter of the Fellowship of the Miserable (moaners and complainers) shuts its mouth, student-athletes study, graduate and produce championships and programs prosper.

In the midst of behavior that appears to be insane, the rational alternative is all the more appealing. With The U.S. Congress looking on, it would seem that the millions of rational alumni of our great universities would do well to get involved and force sound hiring practices.