Midseason is always a good time to reflect upon the random unpredictability that makes each college football season one of life's great thrill rides. The Dash is annually amazed at all the twists of fate, fame and fortune that can transpire between Labor Day weekend and Columbus Day.

One week they want to fry Ty (3) in South Bend for losing to BYU, the next week they're praising Ty on high for beating No. 7 Michigan.

One week Tennessee (8) and LSU (9) are left for dead in the SEC, the next week they're pulling upsets Between The Hedges and in The Swamp, respectively.

One week a Sun Belt school -- Troy (10) -- comes out of nowhere to defeat No. 17 Missouri on national TV, the next week it returns to nowhere by losing to decidedly unranked New Mexico State. (Thus making the Trojans the biggest one-hit wonder since Billy Thorpe (11) did "Children of the Sun.")

Florida Atlantic, let the record show, has lost to no one -- despite playing all four of its games on the road to date. Using the irrefutable logic of comparative scores, the mighty Owls should beat the Wolverines by 40 points, if Michigan had the nerve to show up.

As much as The Dash and Adriana adore college football, we might have met our match in LSU football-exchange student Blake Buisson (14). 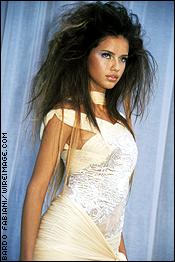 The 20-year-old Californian with the classic French-Louisiana surname transferred from Cal to LSU this semester. When it's over, he's transferring back. He switched schools for one reason, and one reason only:

"To get my football fix," Buisson said.

Unfulfilled by the tepid grid culture at Cal, Buisson decided to channel his inner Chinese Bandit, tracing the roots of his passion to their source.

His father, Jay, was born and raised in New Orleans and went to LSU. He raised his son in Encino, Calif., as a Bayou Bengal fanatic in absentia.

By age 10, Blake had the plastic LSU helmet, shoulder pads and jersey. He was in full Tiger regalia for one trip with his family to a game at Baton Rouge, and remembers pouring Bloody Marys for passengers while squashed into the back compartment of a Chevy Blazer.

Coming out of Crespi Carmelite High School, he narrowed his college choices to Cal and LSU. "I went with academics," the mass communications major said. "But LSU's always been my team."

For that reason he made it to New Orleans for the Sugar Bowl last year to see the Tigers win the BCS half of the national championship. Then he started thinking about how fun it would be to follow LSU all season.

Working hard through his sophomore year, Buisson got ahead on credits toward his degree. Then he pitched the idea of a one-semester grid sabbatical in Baton Rouge.

Dad was excited. Mom, Janice, was worried about his ability to transfer back to Berkeley in good standing.

Everything checked out, and the deal was done. Buisson enrolled in 14 hours of course work -- the vast majority of it non-bunny material -- but mostly he's there for grid-related purposes. He's tailgated for days at every home game, driven with buddies to Athens and bused with a student group to Gainesville.

"Football pretty much is dominating my life," Buisson said. "Most people laughed at me. They couldn't understand it. But they'd never been here, that's why.

"It was eating at me. I've been to Louisiana 20 times my entire life. It's so different down here, I felt like I owed it to myself to see what it's really like."

What it's really like in the Red Stick during football season? Buisson offers a couple of examples: