<
>
Feldman: When it comes to defense, LSU is tops
LSU Tigers
14yBruce Feldman
Hall of Fame voting winners and losers: David Ortiz gets in, who else got good (or bad) news?
Boston Red Sox
8hESPN.com
What makes David Ortiz a Hall of Famer? Stories from those who know him best
Boston Red Sox
8hESPN.com
Ortiz accepts Hall call; Bonds, Clemens shut out
Philadelphia Phillies
8hBradford Doolittle
AB to pursue legal action against Buccaneers
Tampa Bay Buccaneers
4hJenna Laine
Clips do it again, rally from 35 down to stun Wiz
LA Clippers
2hOhm Youngmisuk
Saints' Payton steps away, unsure of what's next
New Orleans Saints
12hMike Triplett
Sources: Louisville in talks to separate with Mack
Louisville Cardinals
7hJeff Borzello and Pete Thamel
Rodgers hints his decision likely by tag deadline
Green Bay Packers
10hRob Demovsky
Auburn survives scare in 1st game ever as No. 1
Auburn Tigers
3h
Swiatek wins 3-hour quarterfinal as temps hit 97
5h
Sean Payton put the New Orleans Saints in a 'better' place, but what's next?
New Orleans Saints
5hMike Triplett
Why Sean Payton's shadow will loom over Cowboys' Mike McCarthy
Dallas Cowboys
8hTodd Archer
32 NFL teams, 32 big free-agent decisions: Which players will return to their 2021 team?
Green Bay Packers
19hNFL Nation
Dustin Johnson, Justin Thomas and Rory McIlroy all looking for different levels of better
19hMark Schlabach
How to watch the PGA Tour's Farmers Insurance Open this Wednesday-Saturday on ESPN+
19hESPN.com
'Sirens are not unusual at AFCON': Inside the stadium disaster in Cameroon
7hEd Dove
Is it dribbling or is it showboating? And where do you draw the line?
15hJulien Laurens
USMNT favors frigid forecast, but will it yield home-field advantage?
14hJeff Carlisle
No Azteca fans? No Flores call-up? Mexico faces tough task ahead of crucial World Cup qualifiers
11hCesar Hernandez
'It's not about the talent': Patrick Ewing and the battle to avoid another lost season at Georgetown
Georgetown Hoyas
19hMyron Medcalf
Do the New York Giants need an experienced head coach to pair with rookie GM?
New York Giants
20hJordan Raanan
Will Jon Jones be the next challenger for the UFC heavyweight championship?﻿
2dMarc Raimondi
MLB lockout latest: What can we expect from this week's negotiations?
10hJeff Passan and Jesse Rogers
Time will tell if Villa's gamble on Coutinho pays off for both sides
21hIan Darke
Balotelli's back! What has Italy striker been up to during international exile?
18hChris Wright
Transfer Talk: Tottenham's Dele Alli wanted by five clubs in January window
8hLuke Thrower
Which players could move before the January window closes?
2dMark Ogden
Breaking down the 2022 girls' McDonald's All American basketball recruits
Georgia Lady Bulldogs
11hShane Laflin
Transgender swimmer Lia Thomas stays the course
3dKatie Barnes
Sep 3, 2007

With the upcoming huge matchup of Virginia Tech and LSU on Saturday, this week's list is about the best defensive teams in the country. 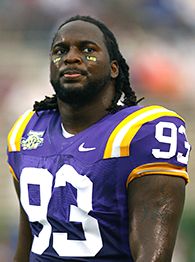 Shutting out any conference foes at their own place, even if they are cellar dwellers, is an impressive way to start the season, but this ranking goes far beyond that one performance. The Tigers return eight starters from a defense that allowed only 12.6 points per game in 2006. In their bowl thrashing of Notre Dame, LSU held a potent Irish offense to only 14 points. Led by star DT Glenn Dorsey, the Tigers might have the nation's top D-line. DE Tyson Jackson (8½ sacks) is a star in his own right. LB Ali Highsmith leads an underrated group of linebackers, and Jonathan Zenon and Chevis Jackson are arguably the country's top cornerback duo with Jackson being a legit All-America candidate. Safety Craig Steltz, a heady, physical centerfielder, also has All-America tools and figures to get his due now that LaRon Landry has moved on to the NFL. Last season, teams completed only 47 percent of their passes against the Tigers.

This group is loaded with future high-round draft choices, and as with LSU, there are really good players at every level of the defense. Pete Carroll says this bunch is his fastest defense ever. Still, I'm not sold that this will prove to be his best defense, eclipsing the Trojans D that destroyed Oklahoma in the Orange Bowl. This D has better speed, but maybe not smarter players. "They aren't very disciplined," one Pac-10 coach says. "[Rey] Maualuga misses a lot of plays that [Lofa] Tatupu used to snuff out so fast." Still, don't be surprised if six guys off this defense eventually become first-round picks: NT Sedrick Ellis, DE Lawrence Jackson, LBs Maualuga, Brian Cushing and Keith Rivers, and S Taylor Mays. A few of the freshman reserves also could prove to be hot NFL commodities down the line.

Statistically, no D has been better than Bud Foster's group. The numbers are staggering. Last season, Tech led the nation in pass defense, total defense and scoring defense and was also the stingiest on third downs, yielding just a 27 percent conversion rate. The Hokies play very fast and are paced by their tackling machine, ILB Vince Hall. "The most underrated great player in the country," one ACC coach says. "He's not as flashy as Xavier Adibi, but he's a much tougher and better player." Adibi is also an All-ACC talent (82 tackles, 3 INTs) who is very good playing the pass. And, like LSU, the Hokies have a terrific cornerback tandem, Victor Harris and Brandon Flowers. The one cautionary flag here is that playing in the ACC, a league void of good QB play, will lend to some overly gaudy defensive stats.

One of those very solid defenses that is just very tough everywhere you look. The Badgers don't have the marquee names, like a James Laurinaitis or a Dan Connor, but this is a very smart, disciplined team defense. Last season, the Badgers led the nation in pass efficiency D and finished off the season holding Arkansas to 14 points in the Capital One Bowl. Physical CB Jack Ikegwuonu has NFL tools, although he didn't have a great opener against Washington State. Keep an eye on rangy DE Matt Shaughnessy, who is a budding star and could emerge as a double-digit sack man.

Jon Tenuta, Tech's D-coordinator, is as well respected as any assistant coach in the country. His teams give more looks and find more ways to disrupt things in the backfield than any other defense in the country. Just ask Notre Dame, which surrendered nine sacks, had 19 negative-yardage plays and lost three fumbles. Tenuta made Charlie Weis' team look miserably unprepared. Tech has a lot of speed on defense and has a bona fide star in LB Philip Wheeler, who is everywhere. Also, safety Jamal Lewis turned in a terrific game, netting eight tackles, a sack and two tackles for losses and forcing a fumble. 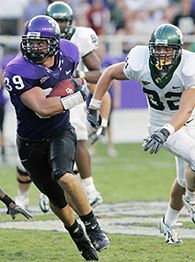 Don't scoff. Gary Patterson has put together a very quick, very savvy bunch of Horned Frogs, who -- heading into this weekend's big game at Texas -- are 5-0 versus Big 12 opponents since 2005. Last weekend, TCU was without standout DE Tommy Blake and still shut out Baylor 27-0, pinning the Bears with their first shutout loss in a season opener since 1990. DE Chase Ortiz, a converted running back, is a playmaker, and MLB Jason Phillips is very instinctive and could be headed for a 150-tackle season. Worth watching this weekend: Can the Horned Frogs extend their streak of 21 games without allowing a 100-yard rusher?

The Canes feature the best safety in the country: Kenny Phillips, who does everything well. They also have more disruptive defensive ends than anyone else. Towering Calais Campbell (10½) sacks is the headliner, but some rival coaches think the other starting DE, Eric Moncur -- a fast, incredibly strong 250-pounder -- is going to have an even better season. Watch Colin McCarthy, a hard-hitting outside linebacker drawing comparisons to former UM great Dan Morgan.

DeWayne Walker is the West Coast answer to Tenuta. Walker engineered the Bruins' stunning upset of USC last season when his team exposed the weaknesses in the Trojans' line, forcing John David Booty into his worst game. The Bruins notched 40 sacks last season, and they're off to a fast start again this year.

The Tigers have an outstanding defensive line, featuring DE Quentin Groves and underrated Josh Thompson. LB Tray Blackmon is a hitting machine to spark the back seven. The one big issue with this unit is consistency. Auburn held LSU to 3 points, Florida to 17 and Nebraska to 14, but gave up 37 to Georgia and 27 to Arkansas at home.

This defense doesn't have the star power, but, as at Wisconsin, these guys are very smart and very tough. OLBs Bryan Kehl and David Nixon are two of the country's more complete linebackers. They set the tempo. They also have good size in the secondary. This is a very physical group. The Cougars blew through Oregon in the bowl game, 38-8, and had no trouble with the supposedly souped-up Arizona offense in the opener; the Wildcats managed just one first down in the first half.