The Southeastern Conference is an intoxicant to a whole lot of folks. To a few, it is a virtual religion, bless their hearts. For the Southern addicts who take deep draughts of its sweet brew every day of the year, it is an unnatural high, and a way to make a statement to the rest of the country. In brief, the statement is as follows: 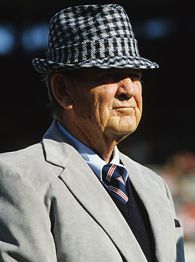 "We are better than y'all  all y'all!" Illusions can be reassuring if fervently believed.

I should know. My alma mater, Georgia Tech was a charter member of the SEC, and remained a member until my senior year, 1964. Later I coached at Alabama and Kentucky, also charter members.

To other defenders of regional bias, people in the Big Ten (11), Pac-10, or Big 12, the conference is characterized as a bunch of cheaters, which is usually not the case.

To thinking people who believe in the inherent worth of team sport, the conference simply possesses great football. At any given time the league is made up of well-coached teams who are trained in the fundamentals required to win. They are characterized by smart coaches, dedicated players, speed, execution, physical and mental toughness. It can be legitimately charged that academics have too often been given short shrift in the league. That culture is gradually being changed. Academic transgressions are now treated seriously in most instances, and severe sanctions have been levied against universities at which the priorities had been misplaced.

If Miami of Ohio is the cradle of coaches, the Southeastern Conference is the cradle of geniuses. Among them the legendary wizards roll off the tongue. John Heisman of Georgia Tech, Bob Neyland of Tennessee, Bobby Dodd of Georgia Tech, Johnny Vaught at Ole Miss, Paul "Bear" Bryant of Kentucky and Alabama, and Steve Spurrier of Florida and South Carolina are the ones who come to mind. Each of the aforementioned coaches transformed the sport with his unique contributions. Each of them won more than anyone thought possible, and did it his way. Each had a certain pizzazz that was irresistible to players, alumni and the press. Each could get his men to play harder than the competition. Each, in his own way, wanted to make his players better citizens.

They make me think of Bum Phillips' great compliment to Don Shula: "He can take his'n and beat your'n, and he can take your'n and beat his'n!"

Any football player who lined up for any of the above knew that they had a competitive edge on game day. Their leaders' charisma and style evoked something from us that other teams simply did not have. We looked forward to getting into the locker room.

An SEC game day with the Gray Fox 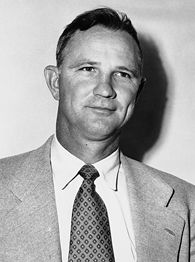 Bobby Dodd did not complete his degree at the University of Tennessee, and he never quite forgave himself for that fact. So as he considered his legacy as a coach, his 92 percent graduation rate was his favorite statistic. His football record was also remarkable, and his brilliance as a game-day strategist was unparalleled. Bear Bryant wrote that he would rather look across the field and see anyone other than Dodd. I paraphrase Bryant, "Nobody else can coach like Dodd and win. He can beat you on Saturday just by being on the sideline."

I can see him now as he strode into our cramped meeting room beneath the east stands two hours before game time. Dressed in a Brooks Brothers suit and gold tie with his tall, lean frame, he would slip off his brown fedora, exposing his trademark gray hair. His wingtip shoes sparkled. Every detail of his appearance bespoke preparation for the moment. On these occasions his charisma dictated that his auxiliary nickname be applied. We normally called him "The Whistle," since every detail of practice was dictated by his shrill blasts. But on game day he became "The Gray Fox", and we were mesmerized. Bear in mind that he had an unusual task of motivation. Most of us had Saturday morning classes. We had to hustle from the classroom buildings to the locker room to get ready. People today do not believe me when I tell them that. But we were often disheveled and distracted by academics and the complications of getting taped, dressed, and seated before our meetings with him. Many times I was already sweating when we met in that little room. There was no air conditioning and barely enough room for 70 big bodies to squeeze in.

He could have simply stood and eyeballed us and I think we would have been ready to play. He was armed with that rare combination of charisma, calm and absolute confidence. His psychology was the opposite of the public's notion of pregame speeches, and I am convinced he is the only person who could have employed it with such sustained success. One example:

"Men, Georgie is a fine football team. Georgie is a very fine football team." He refused to pronounce the University's name correctly. While he had no trouble saying "Georgia Tech" he always said "Georgie" when referring to our cross-state rival. The Bulldog nation was not amused, and we loved it. He continued, "Make no mistake; this bunch is bigger and faster than you are. They are probably a little tougher than you are.

"Now let me tell you what is going to happen today. That Georgie team is going to come running out of the tunnel screaming and crying. They will be foaming at the mouth and smashing one another upside the head just to get warmed up. A couple of them will throw up on the sidelines for good measure.

"We will not do any of that. I do not want to see tears in your eyes. While they are wasting energy we will conserve ours. We will direct our energy into constructive action. I have told you they are bigger, faster, and tougher than you. All that is true, but we do have one advantage. We are smarter than they are."

The incredible thing is that we were stupid enough to believe that.

He would pause for effect, and cast his spell, "When the game starts they will come out with great enthusiasm, and they will knock us around because of their size and toughness. They will probably get ahead, but remember, we are smarter than they are. They will not get very far ahead. Play field position, play great defense, make no mistakes on offense, be great in the kicking game, and keep it close. As the game goes on they will start to get tired because they wasted so much energy. We will have plenty, and at some point in the fourth quarter they will make a mistake.

When they make that mistake we will get the football, and when that happens I'll think of something and we will win."

It was uncanny. Most weeks we played teams that were superior physically. They would outgain us, but lose the field position battle. The score would be something like Tech 7, Opponent 6. The "experts" called it Dodd Luck. It was not luck, unless one's definition of luck is a deep understanding of one's people, and the odds of a given game. Dodd understood his men, his game, and perhaps more importantly understood his opponents better than any other coach in the history of the game. How's that for an unbiased opinion?

While we're at it, here is another. The Southeastern Conference has produced more football geniuses than any other comparable conference. The reason? It isn't IQ points, local talent, weather or research. The reason is simple: It is regional passion. Bryant was a genius before he came to the SEC. Dodd was courted by other schools early and often, but stayed put. Spurrier left for the NFL but returned. They all craved and adroitly utilized the passion.

Bottom line -- you had better be passionate and a genius if you intend to survive as a head coach in the SEC. Your players must feel that you are their advantage, and that you somehow know what is going to happen.

Today's football mania in the South is fueled by much the same kind of intoxication that got all this started, but there is more. Having been in the current version of Southeastern football passion as both a coach and a broadcaster, I can tell you that it is different from all the others in at least three respects:

1. The players take ritual "Walks" through tunnels of wild enthusiasm, the likes of which simply does not exist anywhere else. They anticipate those few minutes of adrenalin pumping, and they expect them to make a difference. In 1989, we took our Alabama team to Baton Rouge to play for the SEC title. When the LSU fans began their chants of "Tiger meat! Tiger meat!" there was such a huge contingent of Alabama fans that they literally drowned out the Tiger chants with "Roll Tide Roll!" It was amazing. The game had been won before the pads were donned. Our players were chanting, "The Tide don't lose in Baton Rouge!" It had been sparked by the fans, many of whom did not have tickets to the game.

2. The team's preparations are conducted in an atmosphere of year-round fanaticism. In the South, every day is a day to get ready for football. Healthy or not, it is a fact of life for the players and coaches. Each person is reminded of his sacred duty everywhere he goes. I have had octogenarian women approach me during the summer, take my hands in theirs, and tearfully ask, "Coach, do you think we can win this year?" I knew better than to respond any other way than, "Yes M'am, we're gonna do it for you."

3. The search for the next round of geniuses is constant in the minds of the rabid boosters of the SEC, and healthy or not, they will conduct the searches. Midnight plane trips, clandestine phone calls to certified winners, and obscene amounts of cash are not uncommon. Any SEC coach who does not earn genius credentials must understand that his replacement is being sought at all times.

In this atmosphere the games themselves take on the aura of Olympic competition. I am talking about the specific games. I am talking about Olympics once a week for the entire fall. Like it or not, the BCS has given us a playoff system. It begins the last week in August and runs until the first week in December. Expectations in the minds of many are the equivalent to predictions of the Second Coming. The Floridas of this world cannot afford more than one loss in any season. Upstarts like the University of South Florida can come to town and ruin a season in the minds of Auburn folks. Tennessee is not allowed a slip against a good California team without arousing the seekers of the next genius.

Important questions abound. We all get caught up in sipping the seductive beverage. Will Nick Saban join the pantheon? Will Spurrier work his magic again? Will Mark Richt prevail, proving nice guys can compete?

We don't know, but we certainly love the high!