The stakes are higher during conference play. The rivalries are bitter. The wins mean more. Take a look at the 25 conference games that you don't want to miss this season.

Florida State at Clemson (Sept. 3)
Perennial hot-seat coach Tommy Bowden could use a good start to the season. So could his dad. Bobby Bowden hired assistants Jimbo Fisher and Rick Trickett to jump-start the offense and trigger a Seminole revival. Job security, family bragging rights and a divisional win will be in play on Labor Day night (ESPN, 8 ET). 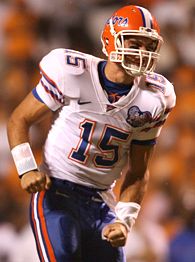 Penn State at Michigan (Sept. 22)
JoePa and the Nittany Lions have lost their last four visits to the Big House. Breaking that streak against Chad Henne, Mike Hart and Co. won't be easy.

Florida at LSU (Oct. 6)
The Gators are the defending national champs. The Tigers are being mentioned as a possible successor. Their Death Valley duel will have a lot to say about who wears the crown in 2007.

Nebraska at Missouri (Oct. 6)
Are Chase Daniel and the Tigers really a serious threat to win their first Big 12 North title? Beating the Cornhuskers would create a bunch of new believers.

Oklahoma versus Texas (Oct. 6)
For years, people wondered if Mack Brown would beat Bob Stoops again. If the Horns get past the Sooners for a third straight time, will they wonder the reverse?

Miami at Florida State (Oct. 20)
After three years of meeting in the season opener, the Canes versus Noles rivalry returns to October. Will the additional amount of seasoning improve the quality of play?

Florida versus Georgia (Oct. 27)
Will Percy Harvin and the Gators or Matt Stafford and the Bulldogs be the toast of Jacksonville after the game formerly known as the World's Largest Outdoor Cocktail Party concludes? 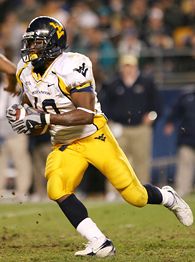 West Virginia at Rutgers (Oct. 27)
Aside from the obvious Big East implications, just the opportunity to see Steve Slaton and Ray Rice run makes this one worth watching.

South Carolina at Tennessee (Oct. 27)
Steve Spurrier on one side. Phil Fulmer on the other. That's reason enough to watch.

Wisconsin at Ohio State (Nov. 3)
Critics question the Badgers throughout their 12-win season in 2006. Winning in the Horseshoe would remove any doubt this time around.

Texas A&M at Oklahoma (Nov. 3)
If the Aggies are to reach the top of the Big 12, they must clear this hurdle. Watching the Aggies' powerful running game go against the Sooners' salty defense should be fun.

Louisville at West Virginia (Nov. 8)
The Cardinals won 44-34 last season. The Mountaineers needed three overtimes to take a 46-44 thriller in 2005. The scoreboard will take a pounding and BCS hopes will be on the line (ESPN, 7:30).

TCU at BYU (Nov. 8)
The Cougars ran away with the Mountain West title last season. The Horned Frogs are the runaway favorite this season. The Frogs could be playing for bigger stakes than just the MWC crown.

USC at Cal (Nov. 10)
Can the Bears figure out a way to unleash gamebreaker DeSean Jackson against the Trojans? Can USC clear the toughest of three conference road hurdles?

Michigan at Wisconsin (Nov. 10)
The Badgers will "Jump Around" in Camp Randall Stadium if they knock off the Wolverines.

Miami at Virginia Tech (Nov. 17)
A week after Florida State visits, the Hokies entertain the Canes. Navigate that Florida strait and the Hokies could sail away with the Coastal Division title. 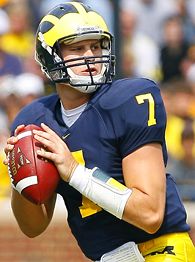 Ohio State at Michigan (Nov. 17)
Big-time bragging rights are on the line. The Wolverines are desperate to end their three-game losing steak to the Buckeyes. If they do, a spot in Pasadena -- or New Orleans -- could follow.

Boise State at Hawaii (Nov. 23)
Ian Johnson and last season's BCS darling heads to the islands for a showdown (ESPN2, 9 ET) with Colt Brennan and the Warriors. WAC title and Heisman Trophy implications could be at stake.

Texas at Texas A&M (Nov. 23)
The Aggies broke a six-game losing streak to the Horns last season. A second straight win over Texas could propel A&M to the Big 12 title game.

Alabama at Auburn (Nov. 24)
The Crimson Tide have lost five in a row to the Tigers, which is one of the main reasons why Nick Saban's mailing address is in Tuscaloosa.

Rutgers at Louisville (Nov. 29)
The Scarlet Knights delivered the only blemish to the Cardinals' 2006 season. Brian Brohm and Co. have been waiting for the rematch (ESPN, 7:30 ET).

UCLA at USC (Dec. 1)
The Bruins pushed around their crosstown rivals and knocked the Trojans out of a possible BCS title game last season. Think John David Booty and Pete Carroll remember?