While conference games provide the meat of the schedule, great intersectional games add the sizzle. Take a look at 12 nonconference matchups that you don't want to miss this season. 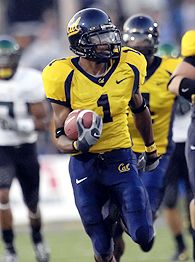 Tennessee at Cal (Sept. 1)
The Volunteers' 35-18 thumping of the Golden Bears last season ignited a round of early-season Pac-10 bashing. Think the Bears are interested in making a statement for the West Coast in the rematch (ABC, 8 ET)?

Virginia Tech at LSU (Sept. 8)
Looking for that early-season intersectional game with major national-title implications? The Hokies' trip to Baton Rouge is it. Both teams are loaded with size, speed and stars. Both have a shot of ending up in New Orleans to play for the crystal ball. Make plans to watch it (ESPN, 9:15 ET) or set the TiVo.

Miami at Oklahoma (Sept. 8)
Sure, the Canes slipped in 2005, but Miami versus Oklahoma just sounds right. The teams have some history and the matchup has that big-game sound to it. Randy Shannon will have a pretty good idea where his program stands after visiting Bob Stoops and the Sooners.

TCU at Texas (Sept. 8)
The Horned Frogs knocked off Texas Tech last season. TCU toppled Oklahoma in 2005. Could the Horns be next? Tommy Blake, Chase Ortiz, Aaron Brown & Co. have the talent to hook the Horns in Austin.

Louisville at Kentucky (Sept. 15)
Brian Brohm rifling passes for the Cardinals. Andre' Woodson slinging the pigskin for the Wildcats. U of L's thinking national title. UK's thinking about ending its four-game losing streak to the Cards. (ESPN Classic, 7:30 ET) 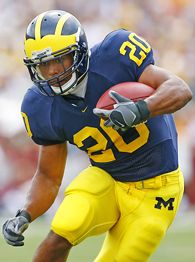 Notre Dame at Michigan (Sept. 15)
Talk about your fall classic. The Irish and the Wolverines are two of the biggest names in the sport. Their bands play two of the best fight songs. It's an annual must-see event (ABC, 3:30 ET). Good thing their new contract extends the series from 2012 to '31.

USC at Nebraska (Sept. 15)
The Cornhuskers have been waiting for the breakthough win of the Bill Callahan tenure. The Memorial Stadium sea of red is hoping it comes against the top-ranked Trojans.

Southern Miss at Boise State (Sept. 27)
The automatic-bid conferences aren't the only ones with big intersectional clashes. The Golden Eagles and Broncos share the Thursday night stage (ESPN, 7:30 ET) in a meaningful matchup.

Alabama vs. Florida State (Sept. 29)
Two of the South's premier programs. Bobby Bowden. Nick Saban. Roll Tide. The war chant. Big Al. Chief Osceola. It should be quite a scene in Jacksonville, Fla.

USC at Notre Dame (Oct. 20)
The last time the Trojans and Irish traded paint in South Bend it took a Bush push to lift USC to a win. Could the teams treat us to more last-minute excitement this season?

Florida State at Florida (Nov. 24)
Urban Meyer hasn't lost to the Seminoles yet. The Swamp will be a tough setting for Bobby Bowden & Co. to change that.

Army vs. Navy (Dec. 1)
While the BCS boys will be playing for conference championships, the Midshipmen and Black Knights will play for pride in Baltimore.