Remember way back in the summer of 2014 when we knew the Noles were at the top of the food chain, the Big Ten was toothless and the inaugural College Football Playoff really needed eight teams to thrive? Crazy, right? Sure, our theory of last season's evolution was a little off. But now, with some help from ESPN Insiders Phil Steele, Brad Edwards, Brock Huard and Sharon Katz, we can foresee exactly how 2015 will develop. And this time we already know -- it's gonna be nuts! 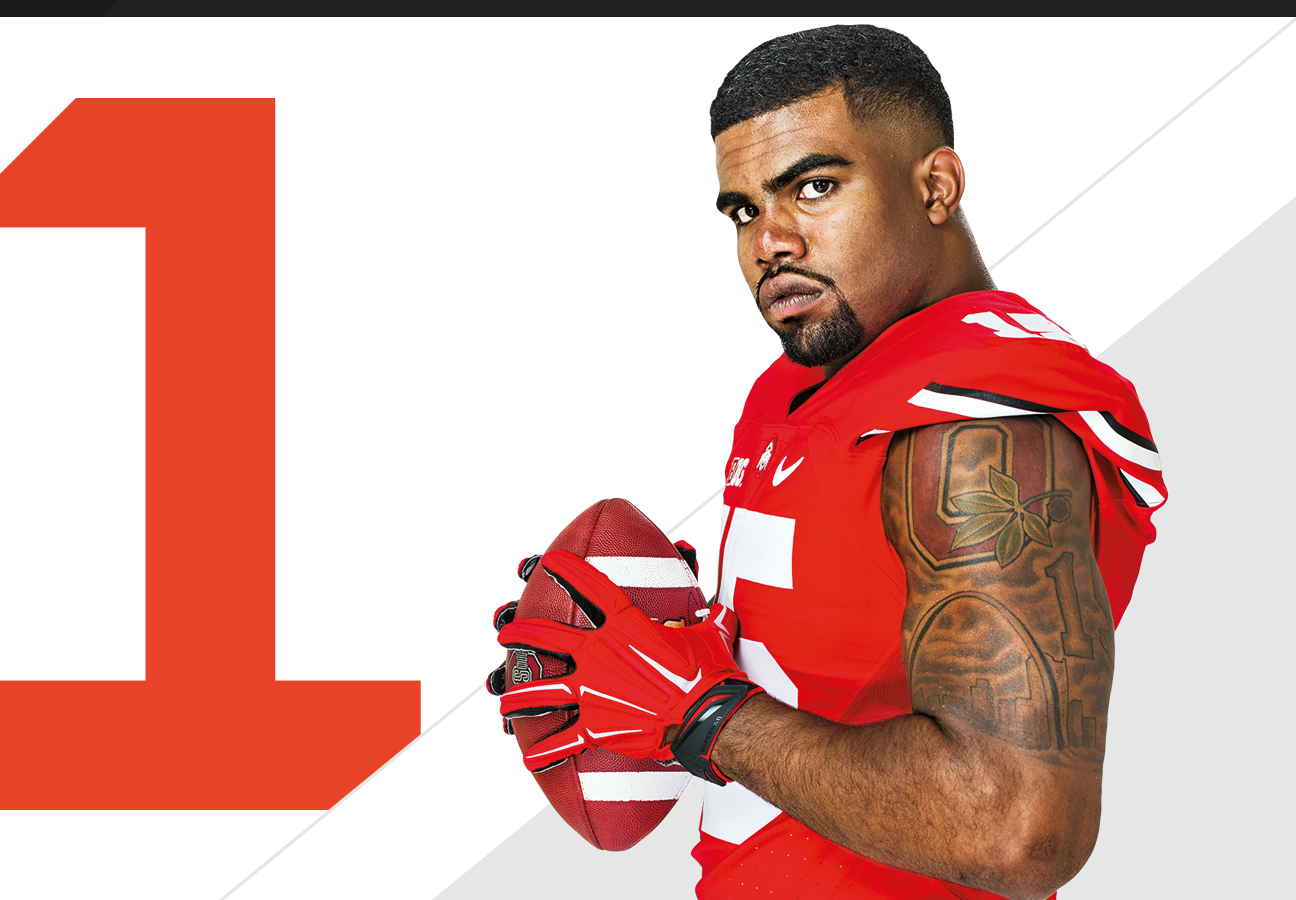 The defending champs have more good quarterbacks than most conferences, and RB Ezekiel Elliott and DE Joey Bosa may be the best in the nation at their positions, too. 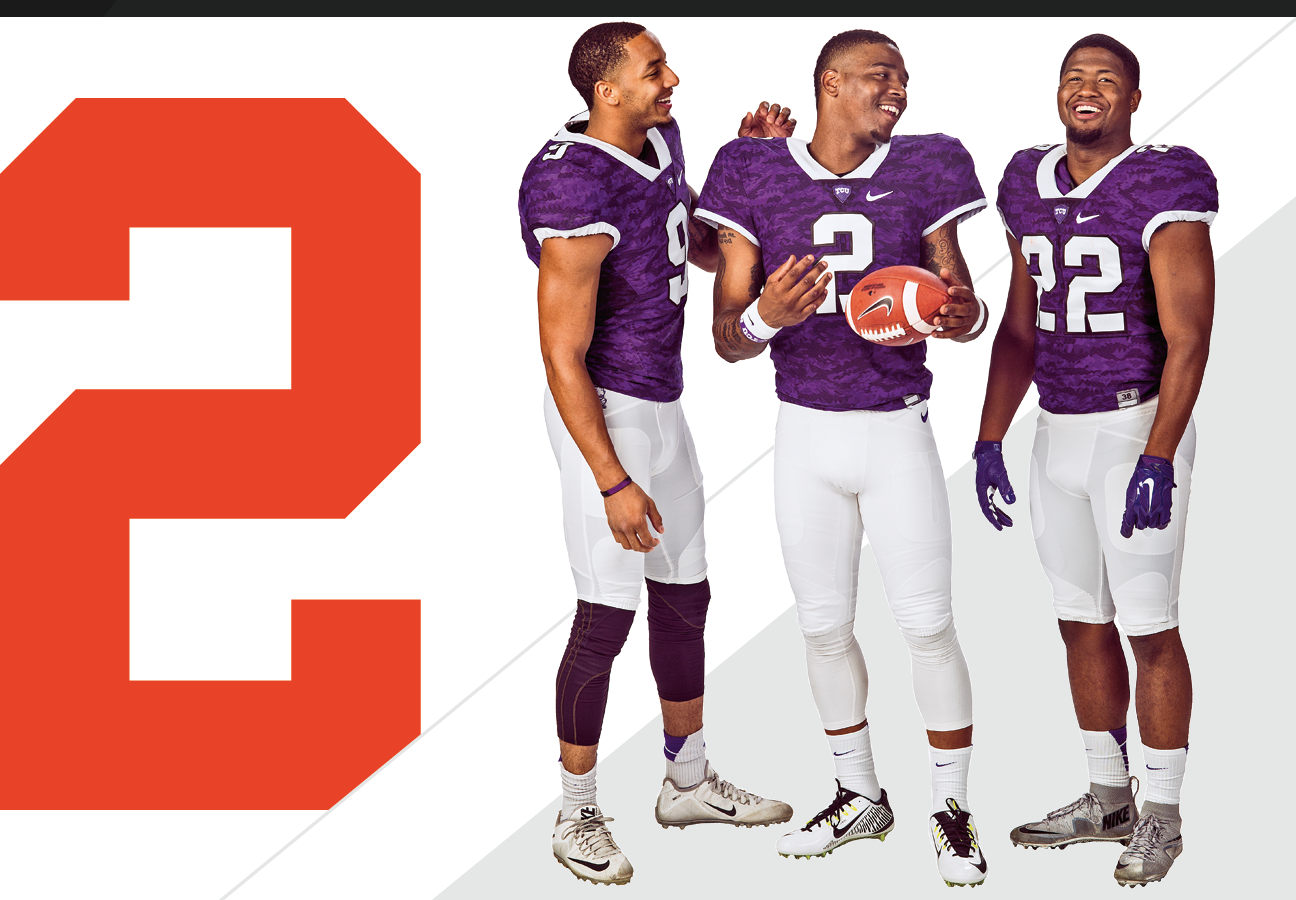 This should be Gary Patterson's best team, led by an offense that scored 46.5 PPG last year and, believe it or not, might score more in 2015. 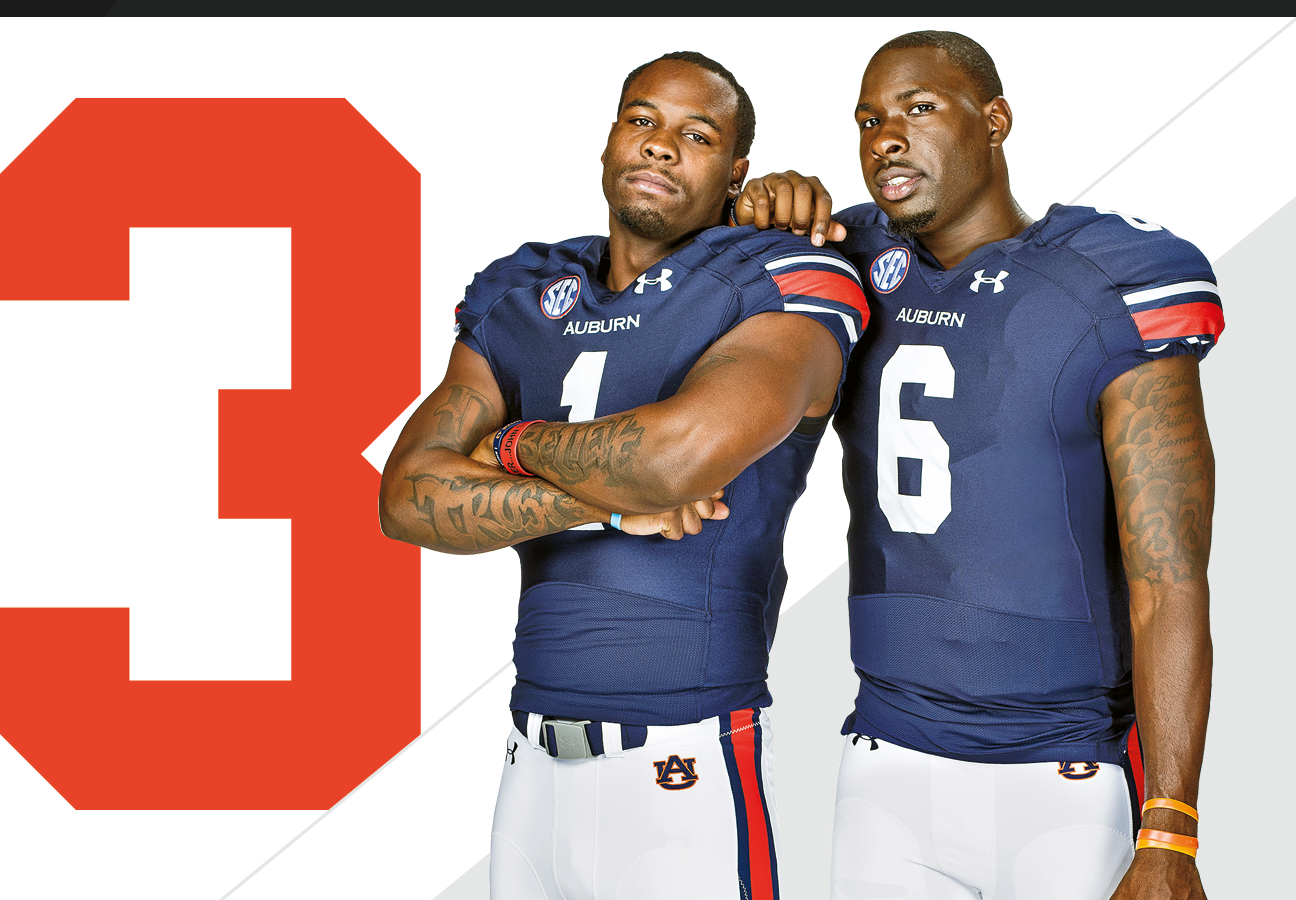 New starting QB Jeremy Johnson is drawing rave reviews, and he has the kind of supporting cast to make the Tigers a serious SEC -- and CFP -- threat. 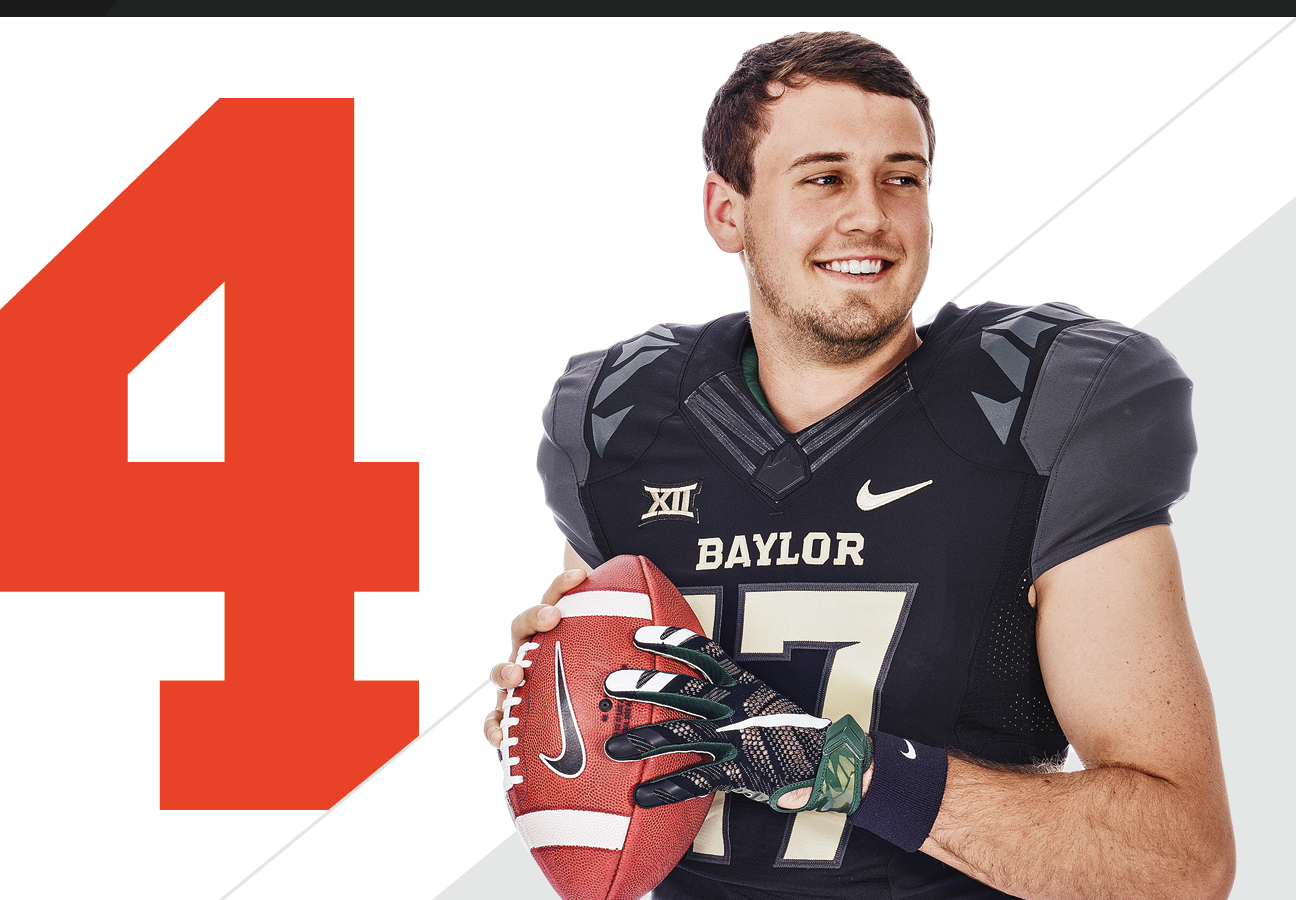 With 18 starters back, the Bears look good enough to build on back-to-back Big 12 titles ... and erase some bad memories from the way 2014 ended. 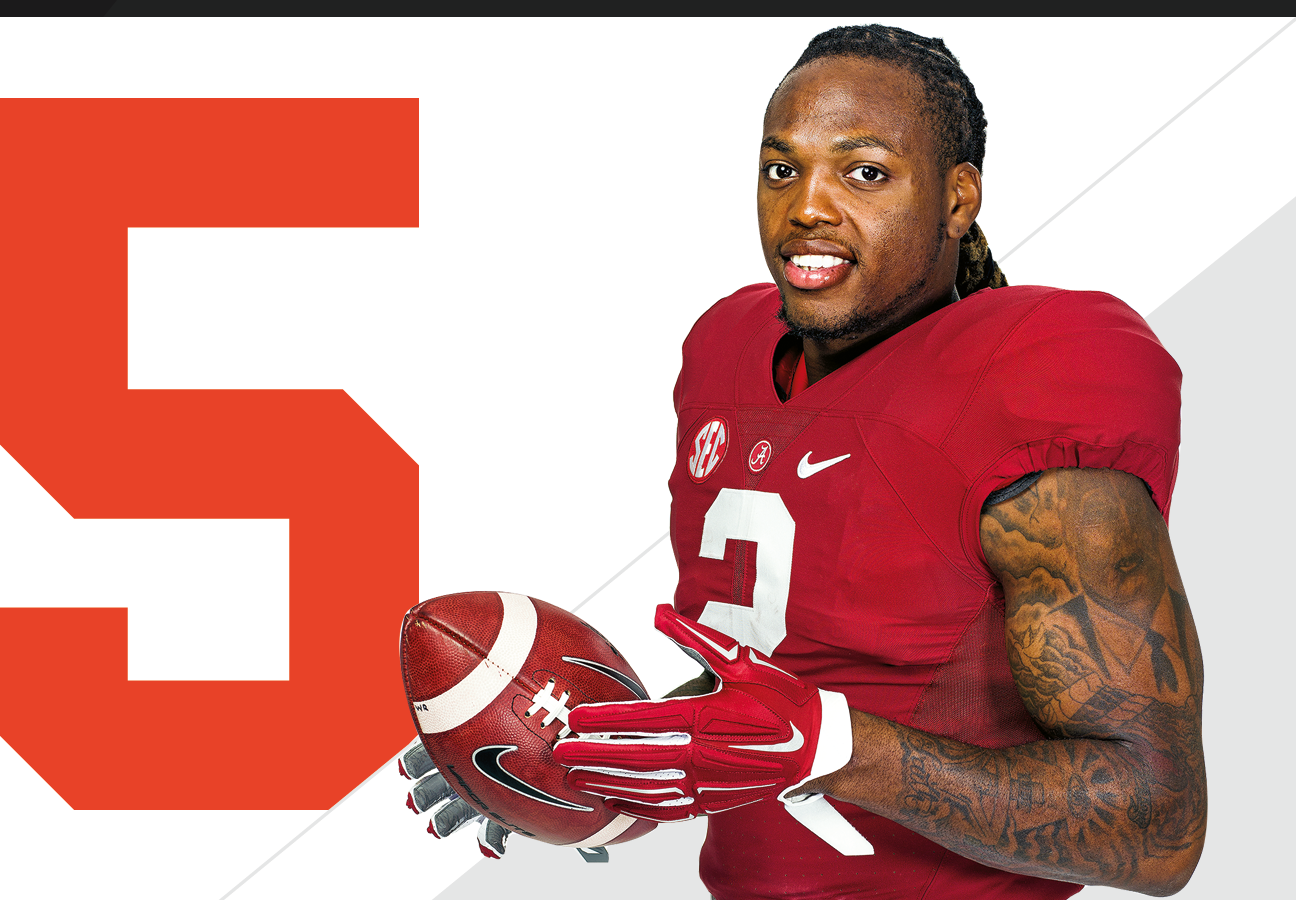 Top rusher, receiver and passer gone? Only Alabama could withstand those kinds of roster losses and still be in the CFP conversation. 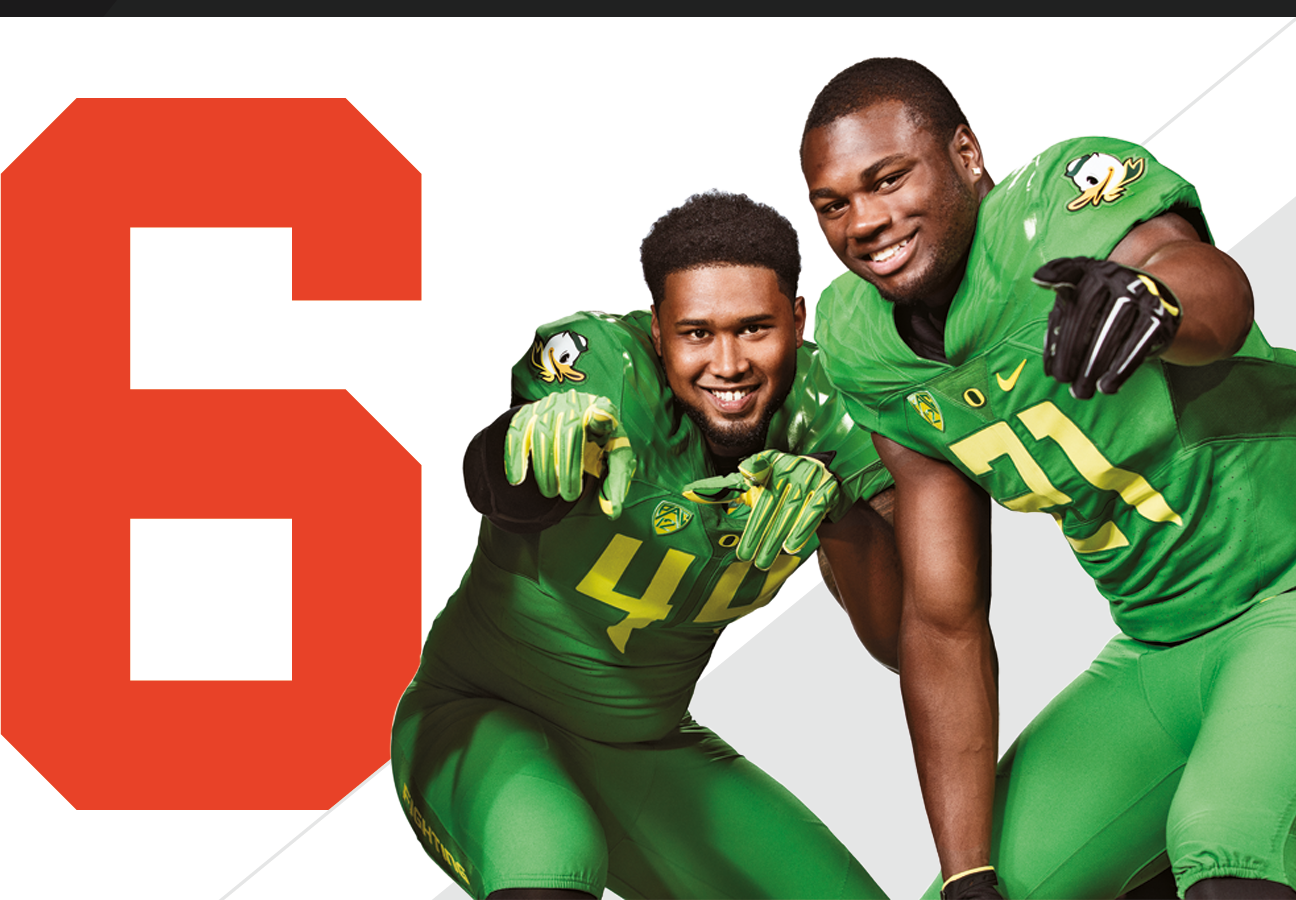 Quarterback is a huge question for the Ducks. But Oregon looks loaded up enough elsewhere to notch a ninth straight 10-win season. 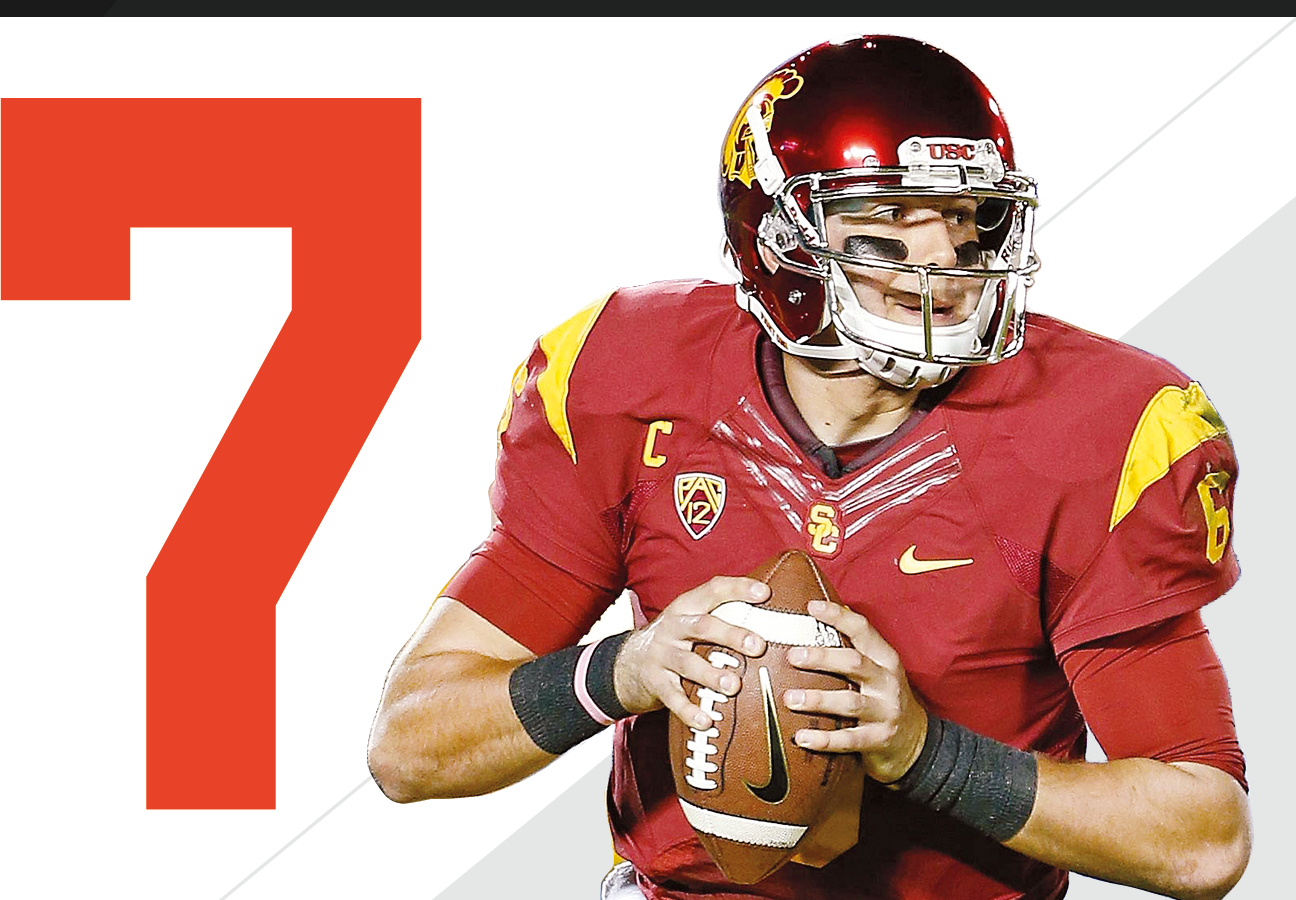 Finally back to 85 scholarships, Trojans QB Cody Kessler and Co. seem poised to be very good. The question is, how good? 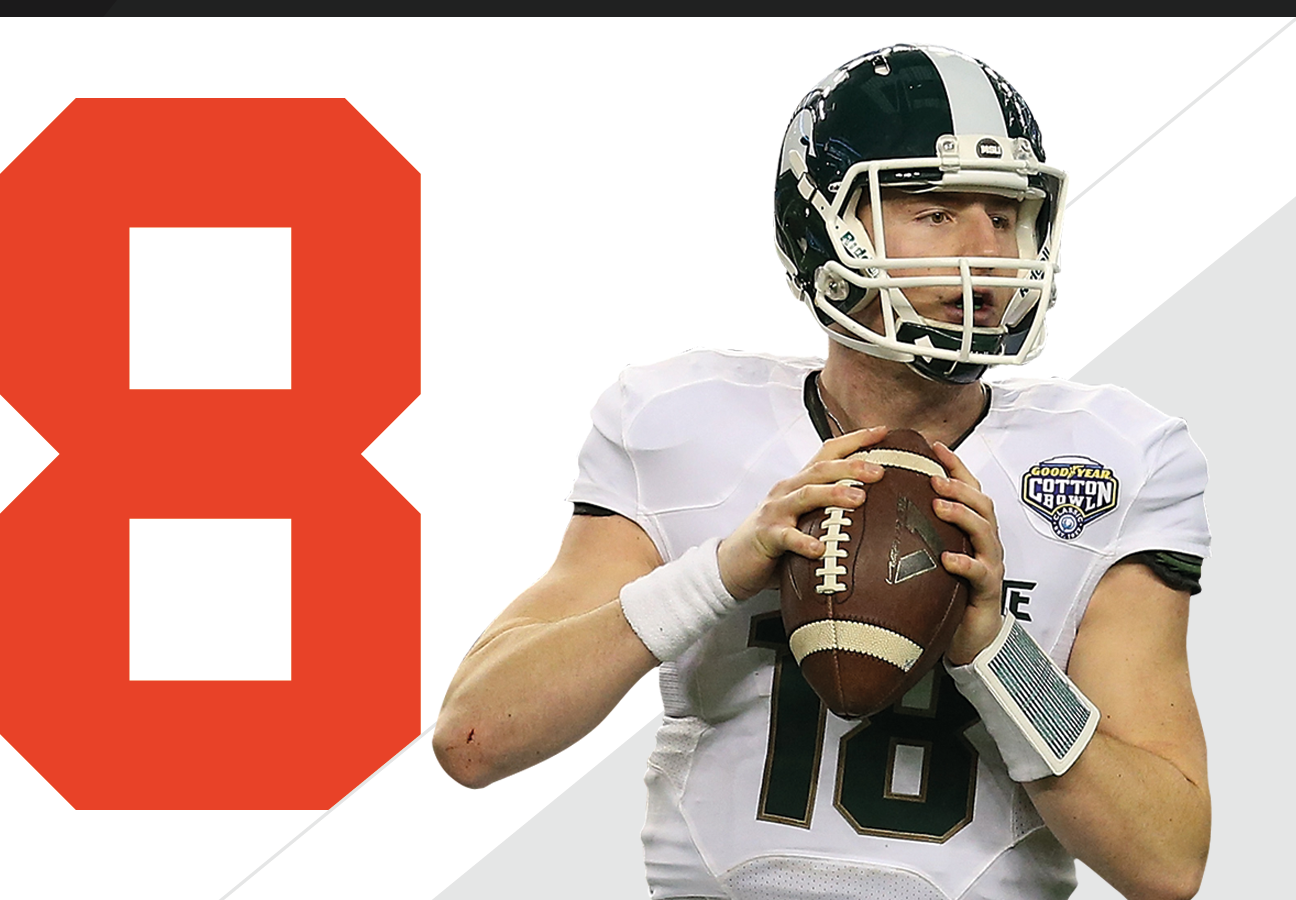 Sparty's wondering why people are talking about Jim Harbaugh. How about Michigan State running out what looks like yet another 11-win team -- and a potential CFP run? 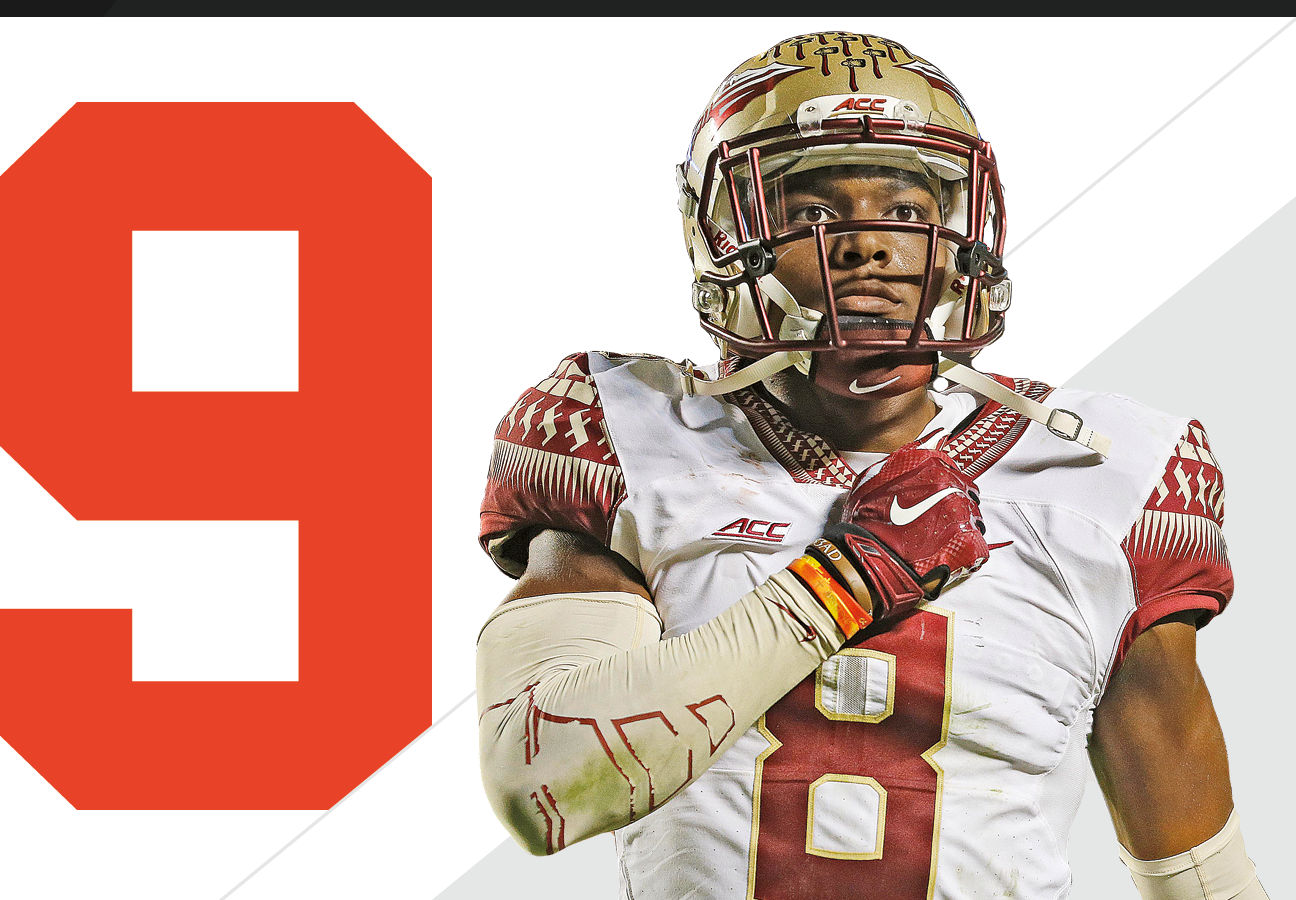 Three straight ACC titles, a BCS title, a College Football Playoff... and despite the departure of QB Jameis Winston, the Seminoles look loaded for another run. 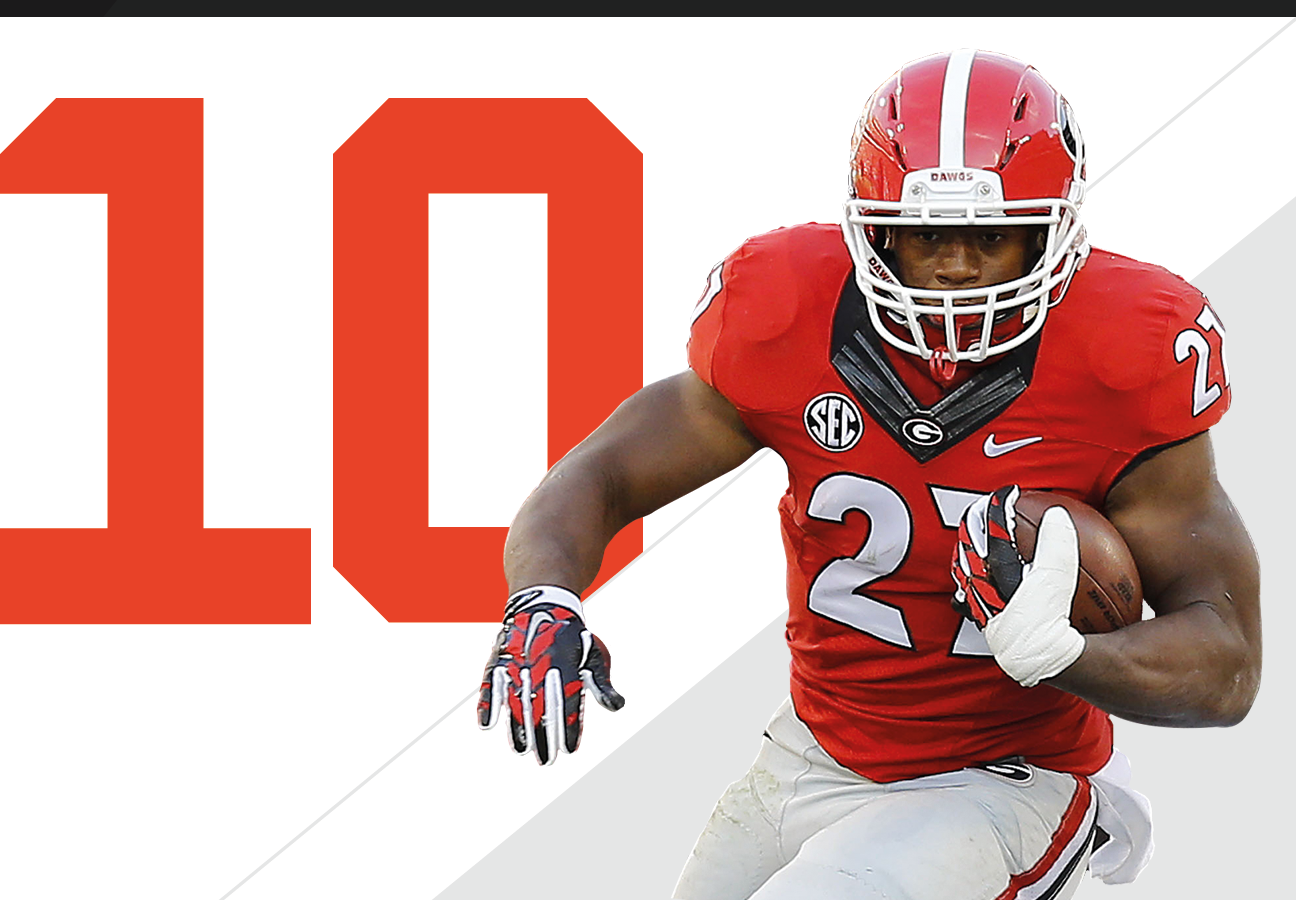 Coach Mark Richt has rebuilt his defensive coaching staff, but really, 2015 for the Dawgs boils down to RB Nick Chubb and the stacked UGa backfield. 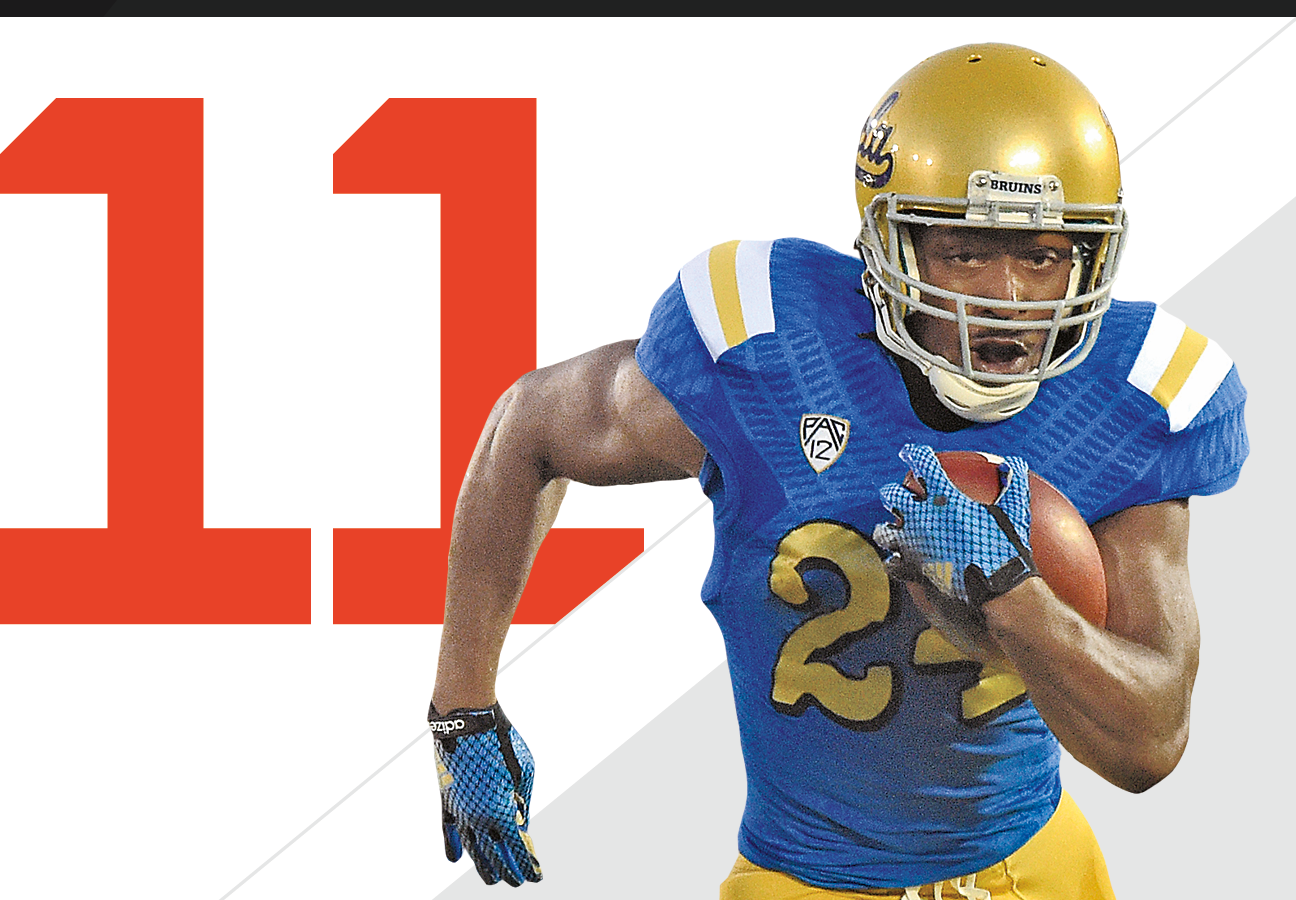 Who will emerge as the Bruins' QB? Whoever it is will inherit the most talented UCLA roster in years. 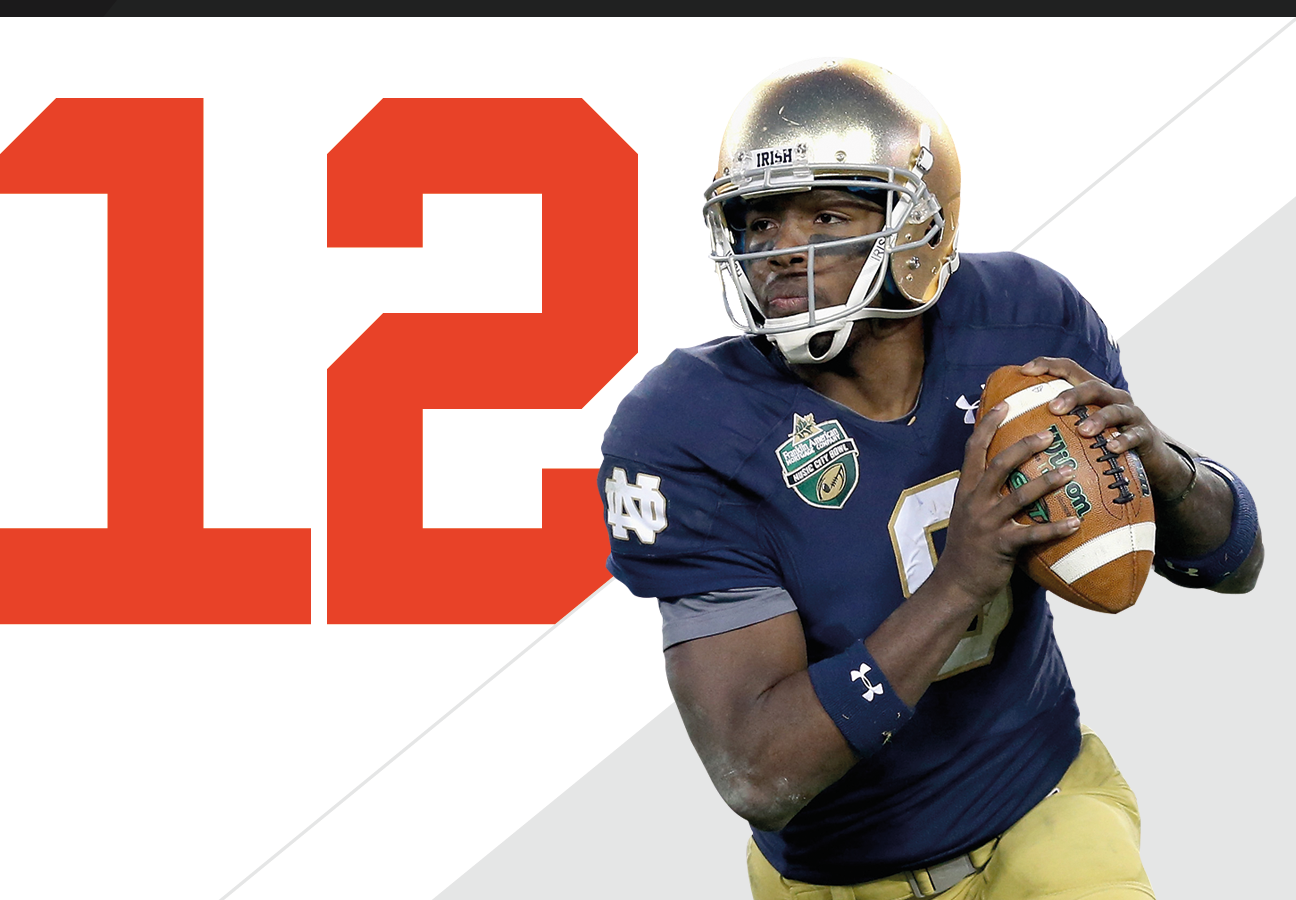 Expectations are high in South Bend, and rightfully so: Coach Brian Kelly has perhaps his best lineup since he arrived. 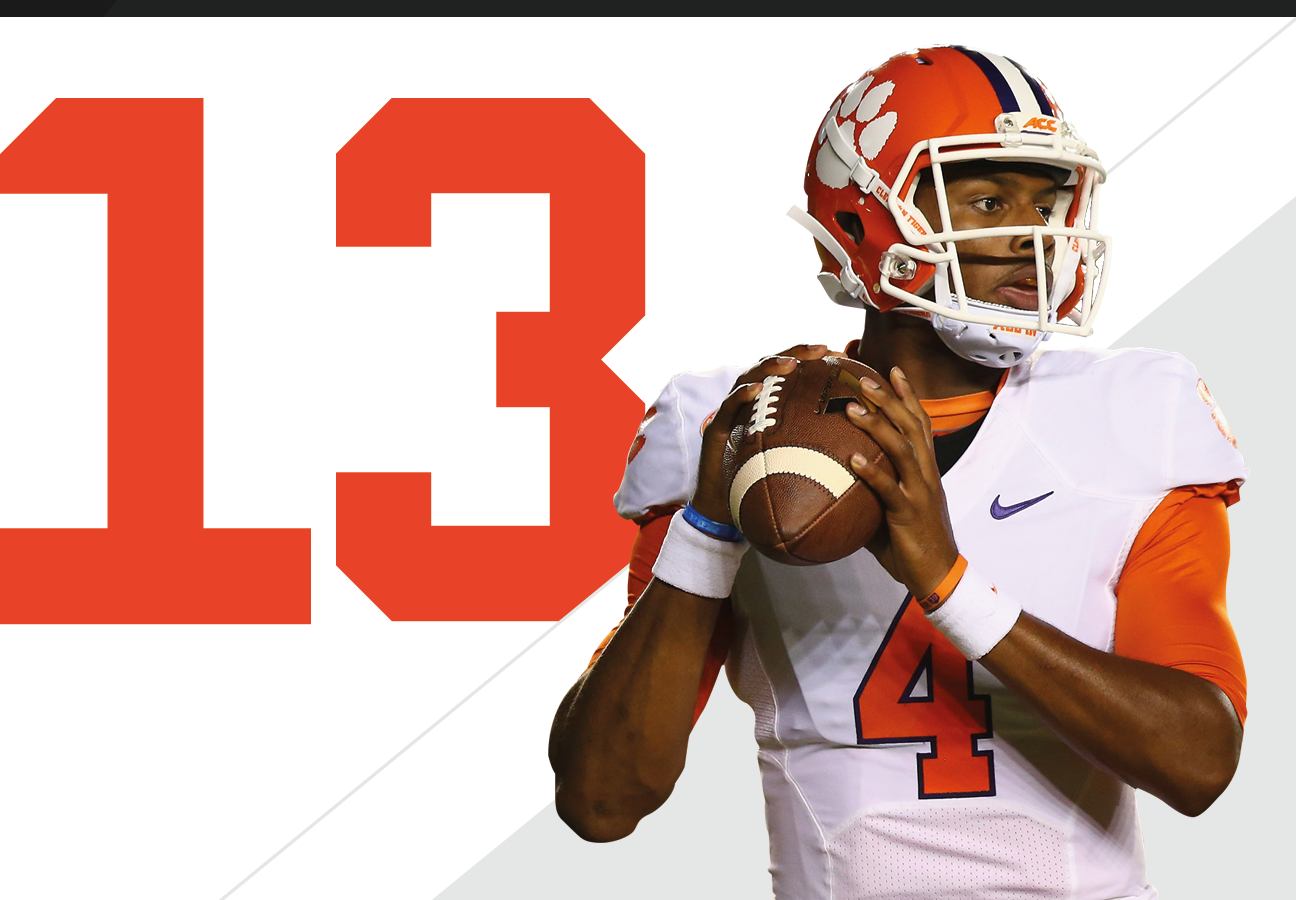 The Tigers enter 2015 as the trendy ACC pick, but much of the hype revolves around QB DeShaun Watson. Is his torn ACL sturdy enough to carry Clemson to the top? 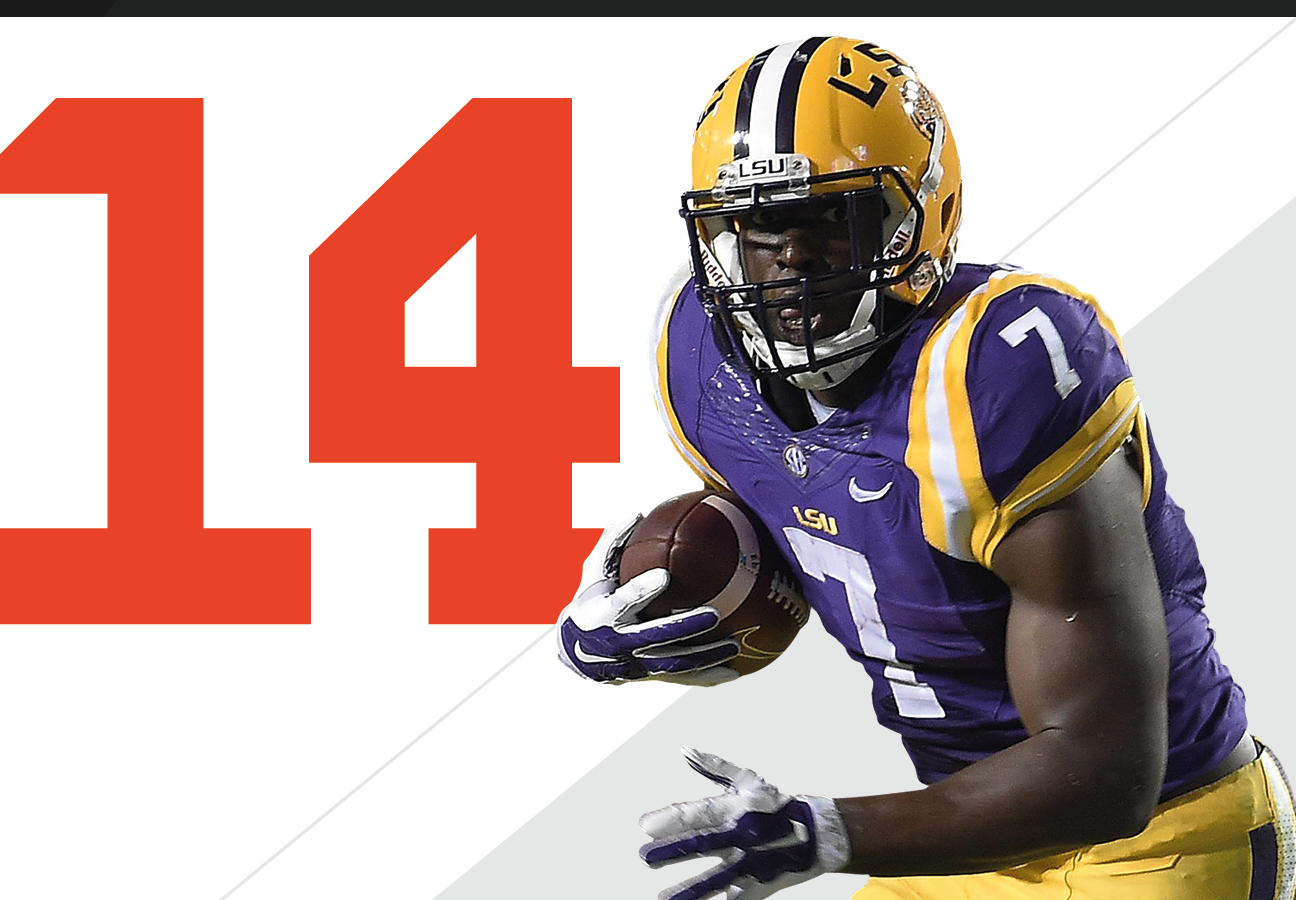 Another SEC quarterback battle, but another SEC team that is stacked elsewhere. Bottom line: LSU ought to be okay just handing the ball to RB Leonard Fournette. 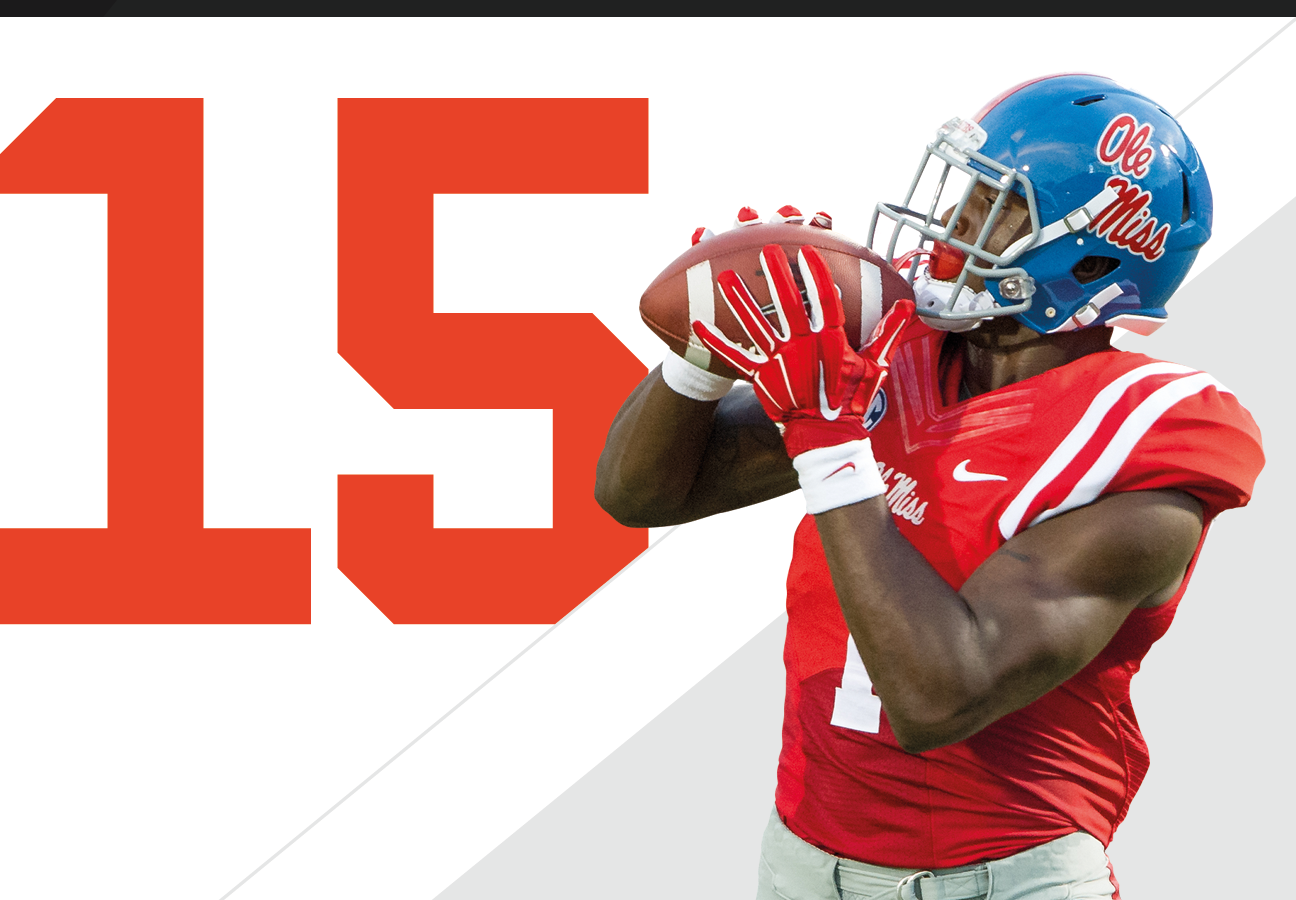 Hugh Freeze's much-touted recruiting class of 2013 is all grown up now. How far can Robert Nkemdiche and Co. take Ole Miss? 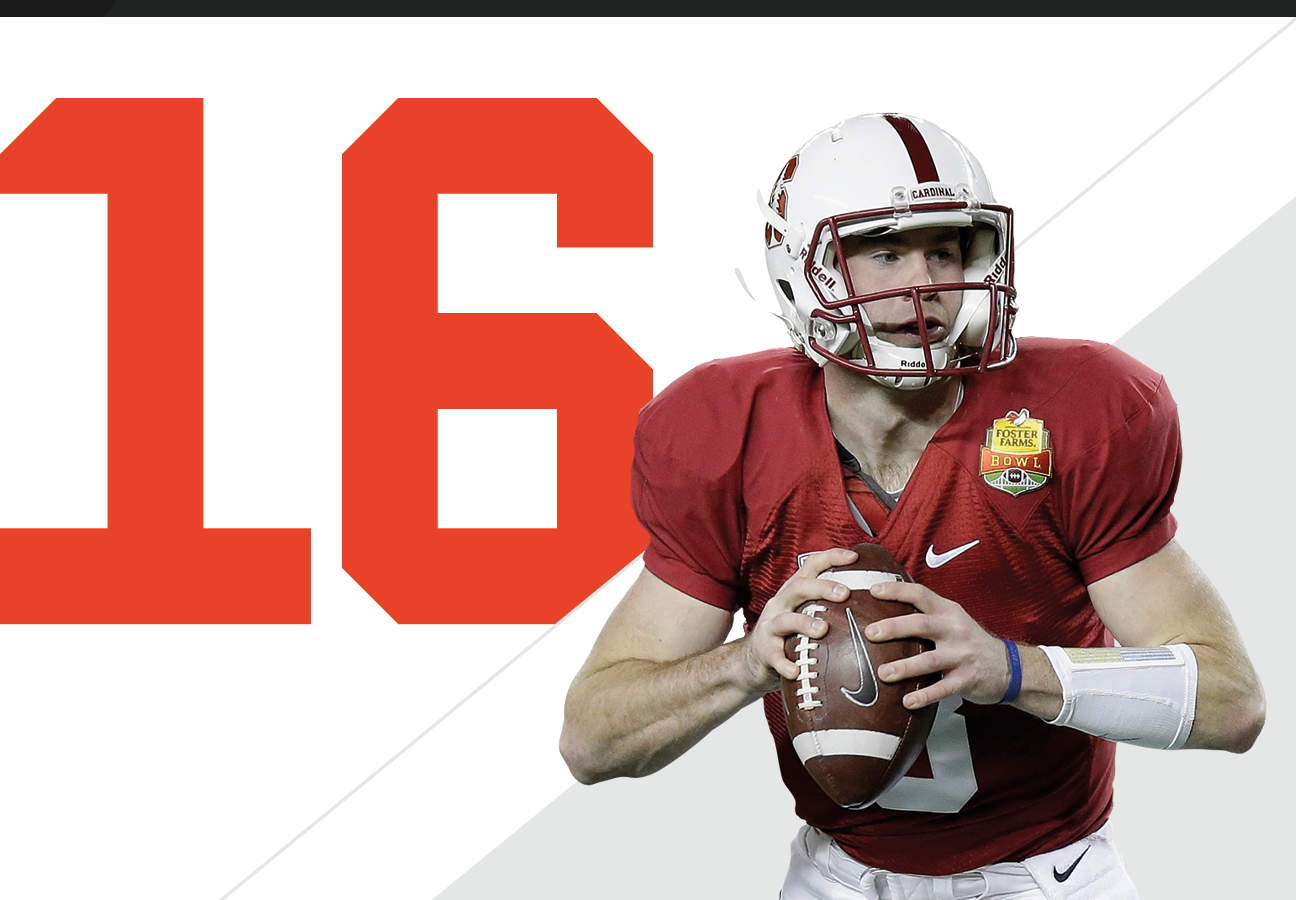 Quarterback Kevin Hogan returns to lead the Stanford offense. But will any of the Cardinal running backs step up to improve last year's worst scoring offense in the Pac-12? 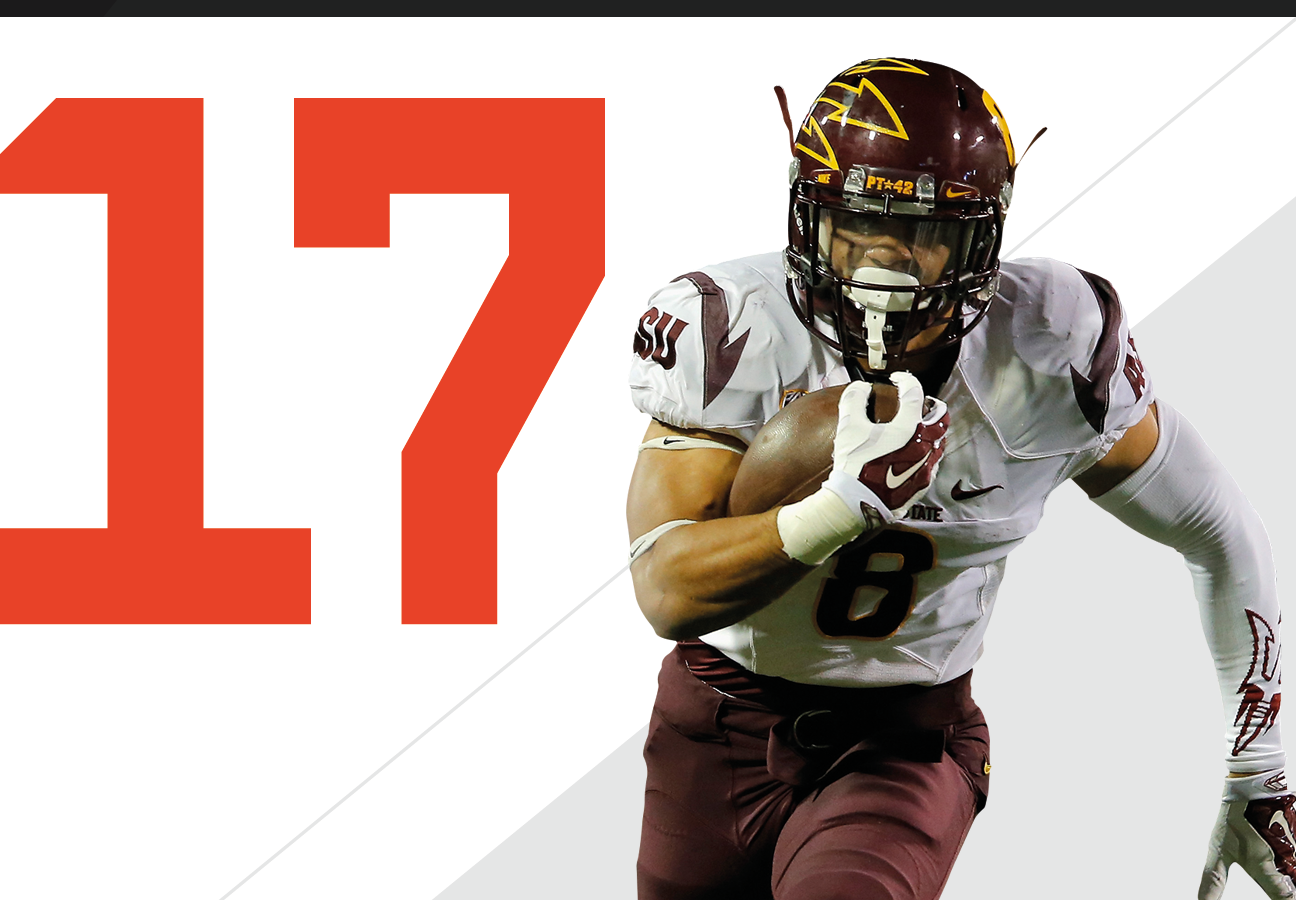 The Sun Devils haven't won a conference title in almost a decade. Coach Todd Graham thinks he has the horsepower to break that streak. 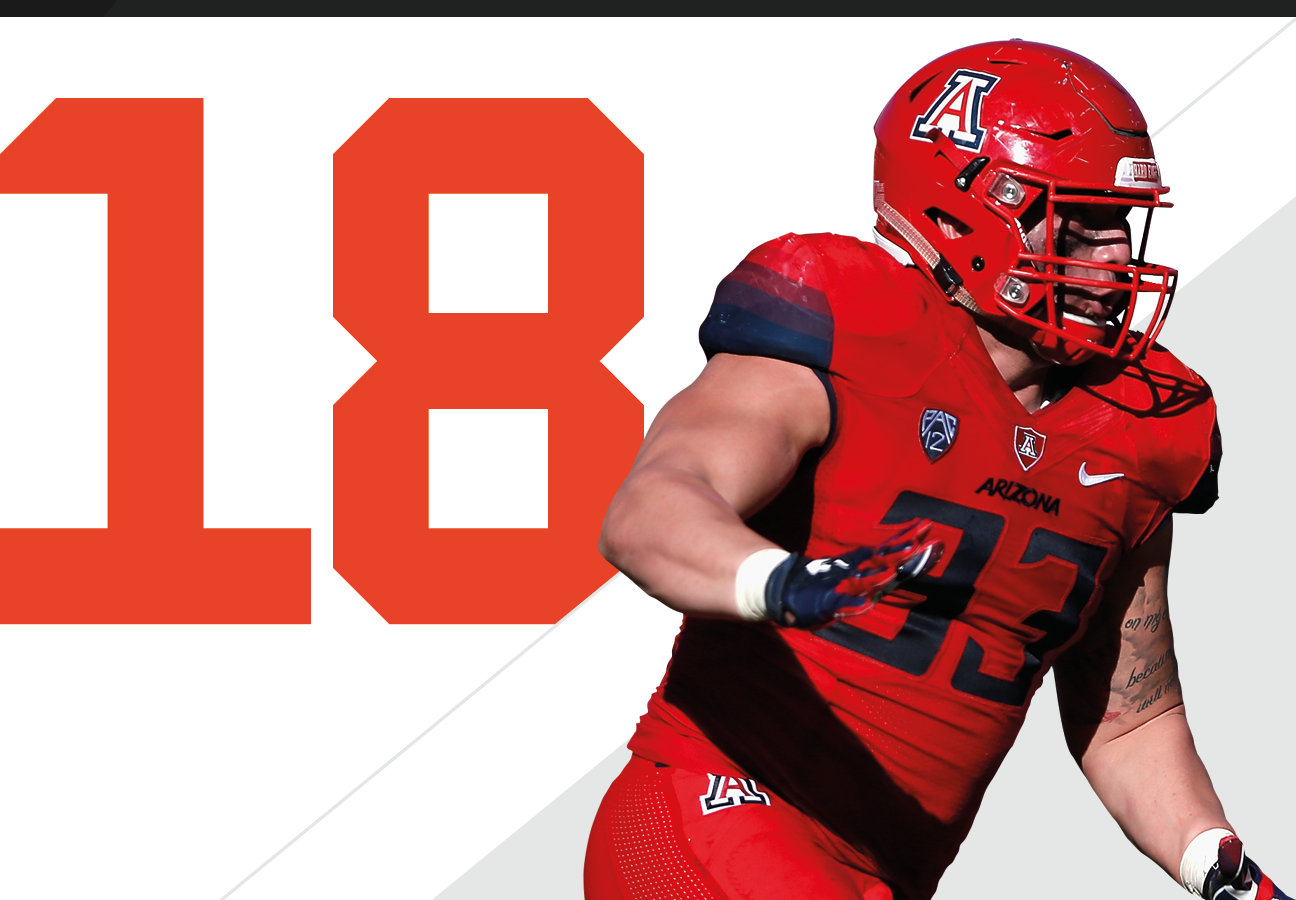 Sophomore stars QB Anu Solomon and RB Nick Wilson are back for a stacked Wildcats offense. Can the Arizona defense hold up its end of the bargain? 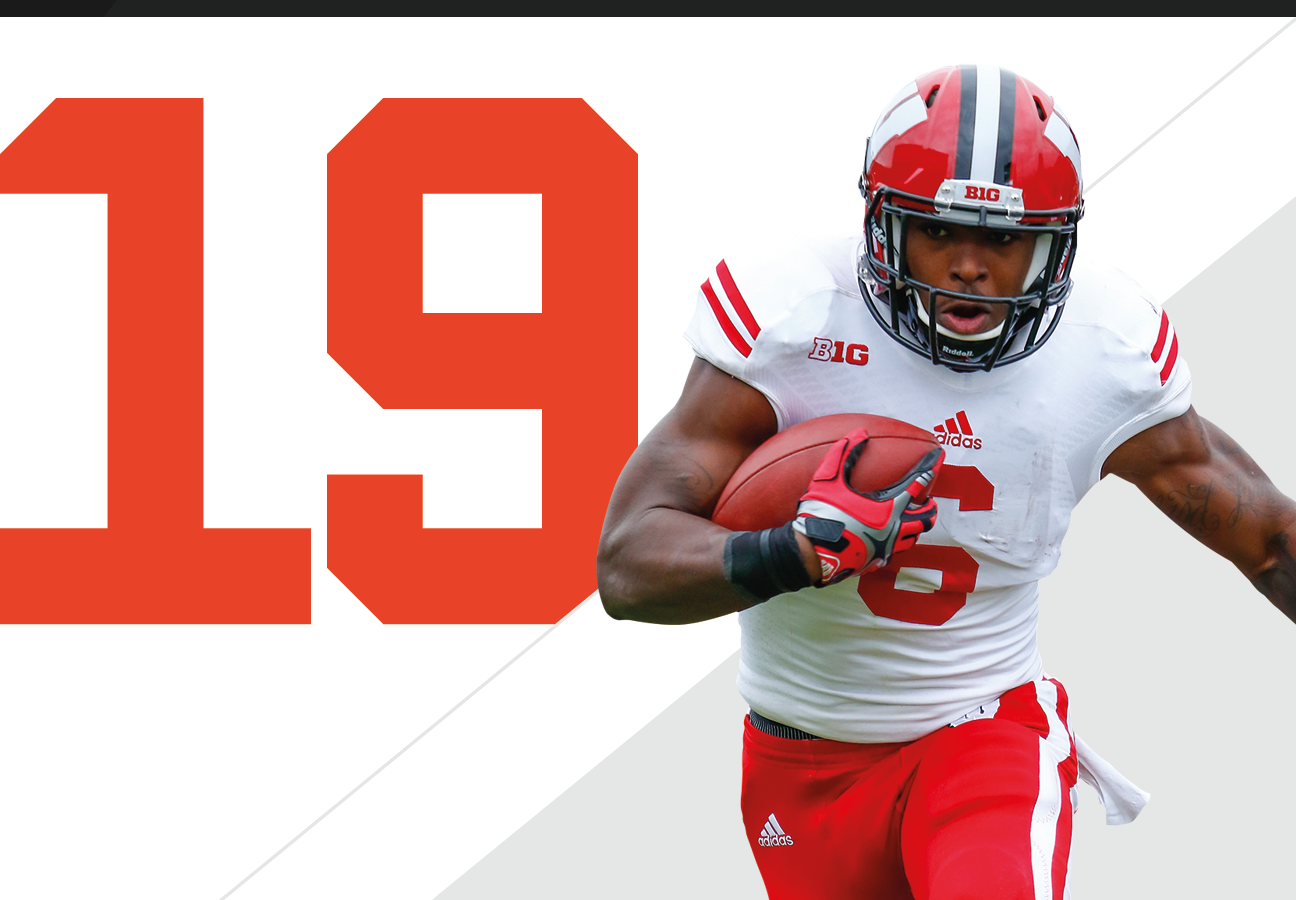 No Melvin Gordon, no problem. The Badgers' run-heavy offense should be in capable hands with RB Corey Clement. 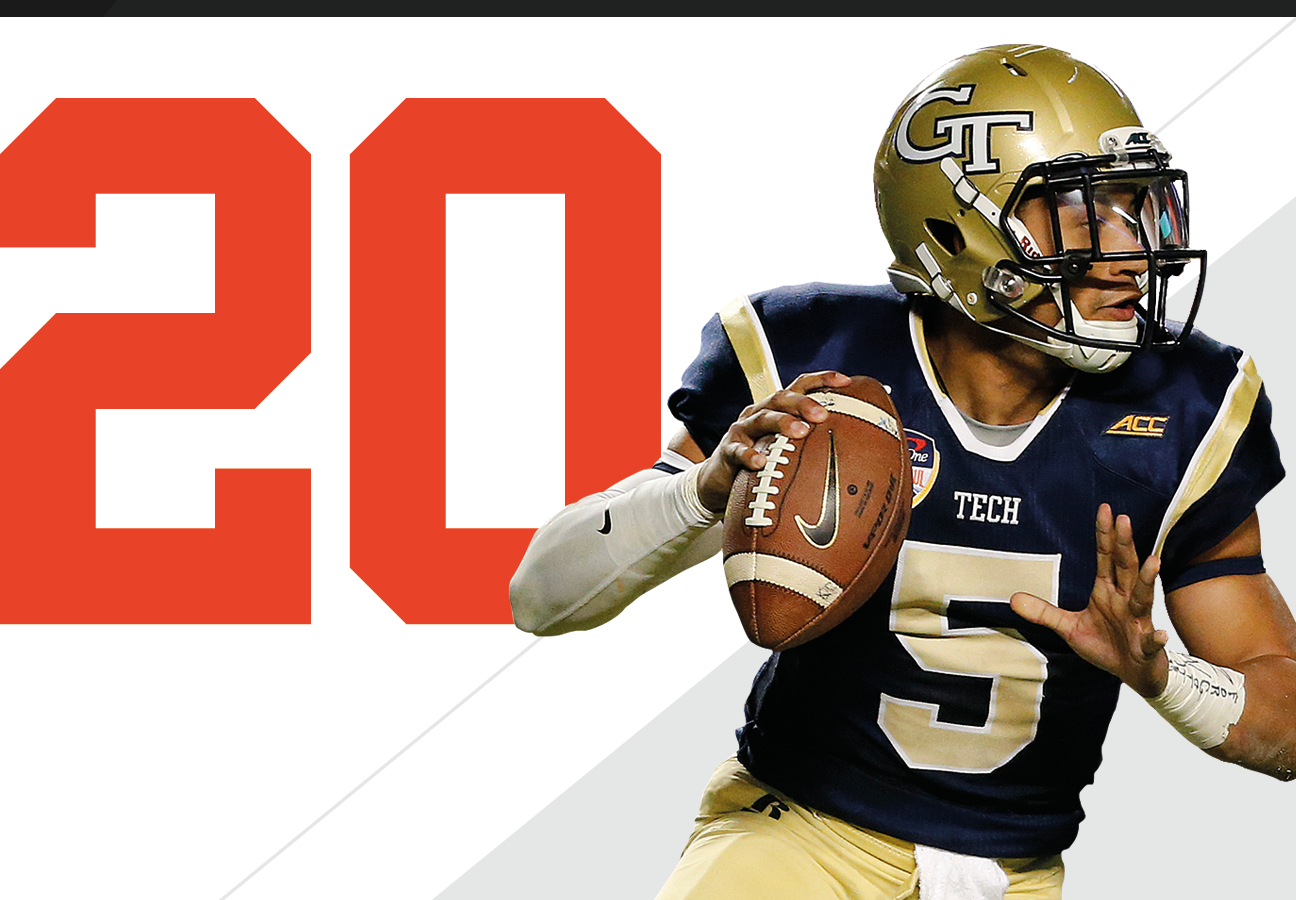 Coach Paul Johnson hates predictions, but he can't be too bothered that most experts think the Yellow Jackets are the best team in the ACC Coastal. 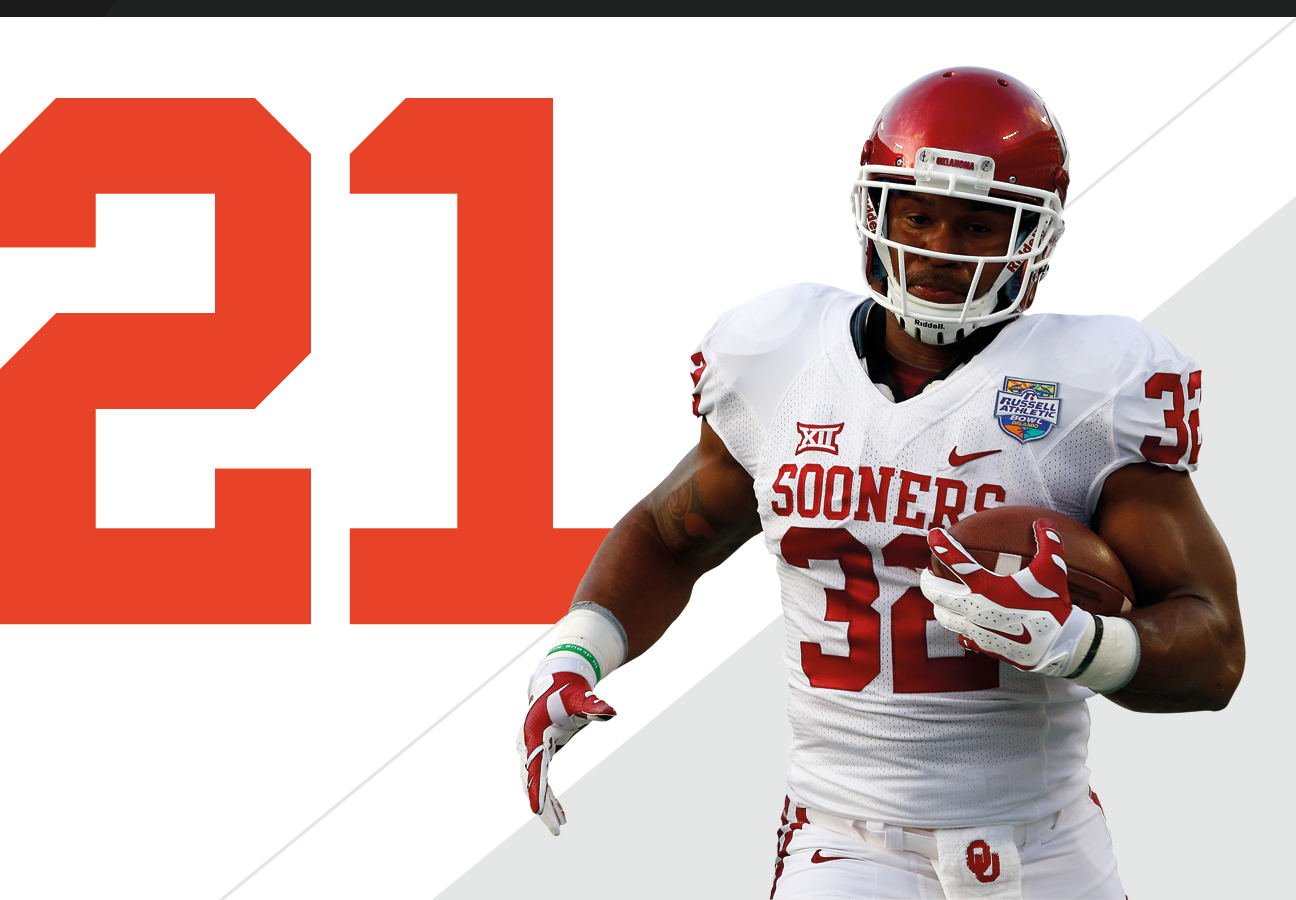 The Sooners may not quite have the horsepower to get to the CFP, but Bob Stoops' bunch has talent and a renewed interest in cranking up its passing attack alongside RB Samaje Perine. 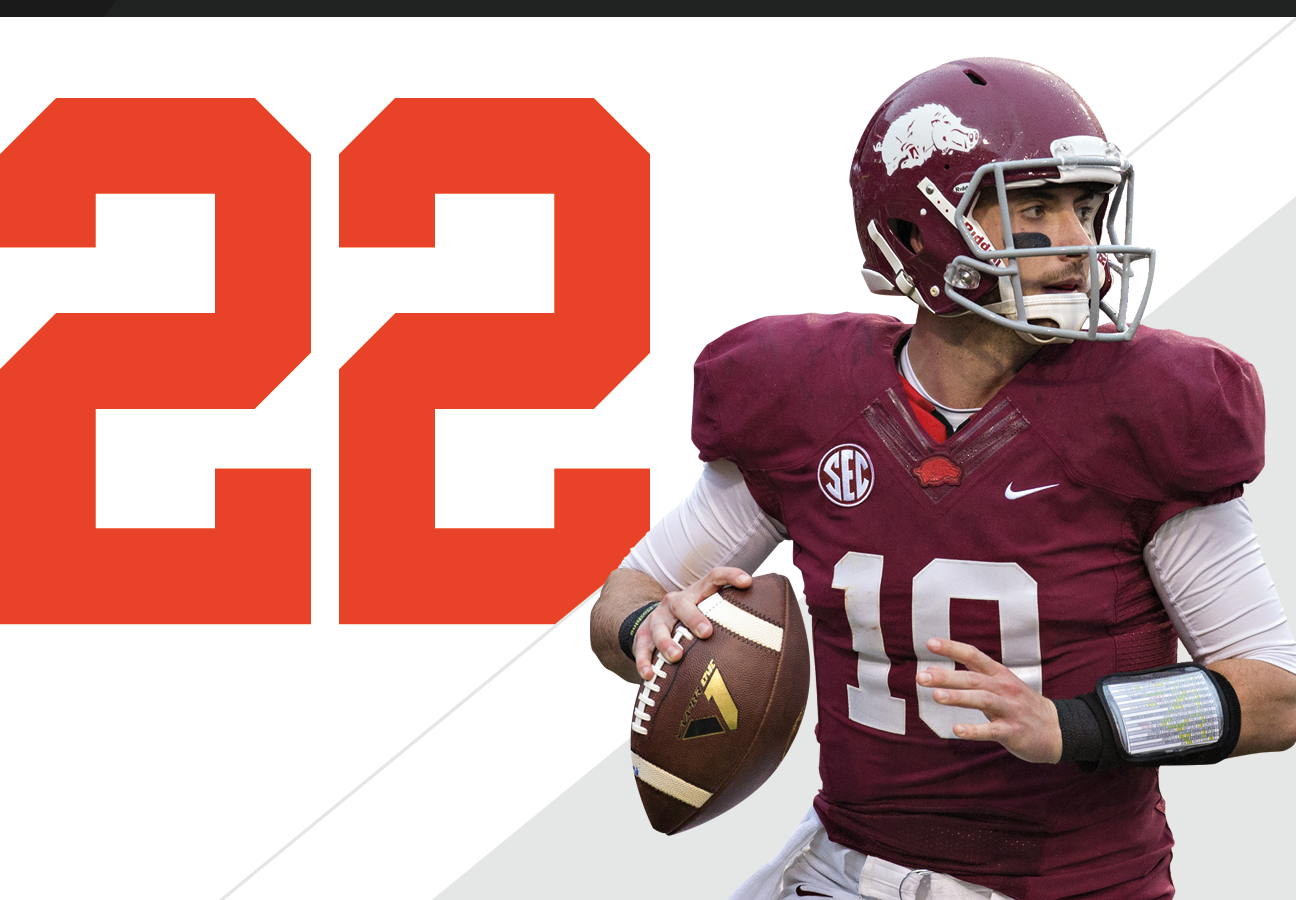 Bret Bielema has the kind of offense he wants: two 1,000-yard rushers, four returning O-line starters and a fifth-year quarterback. 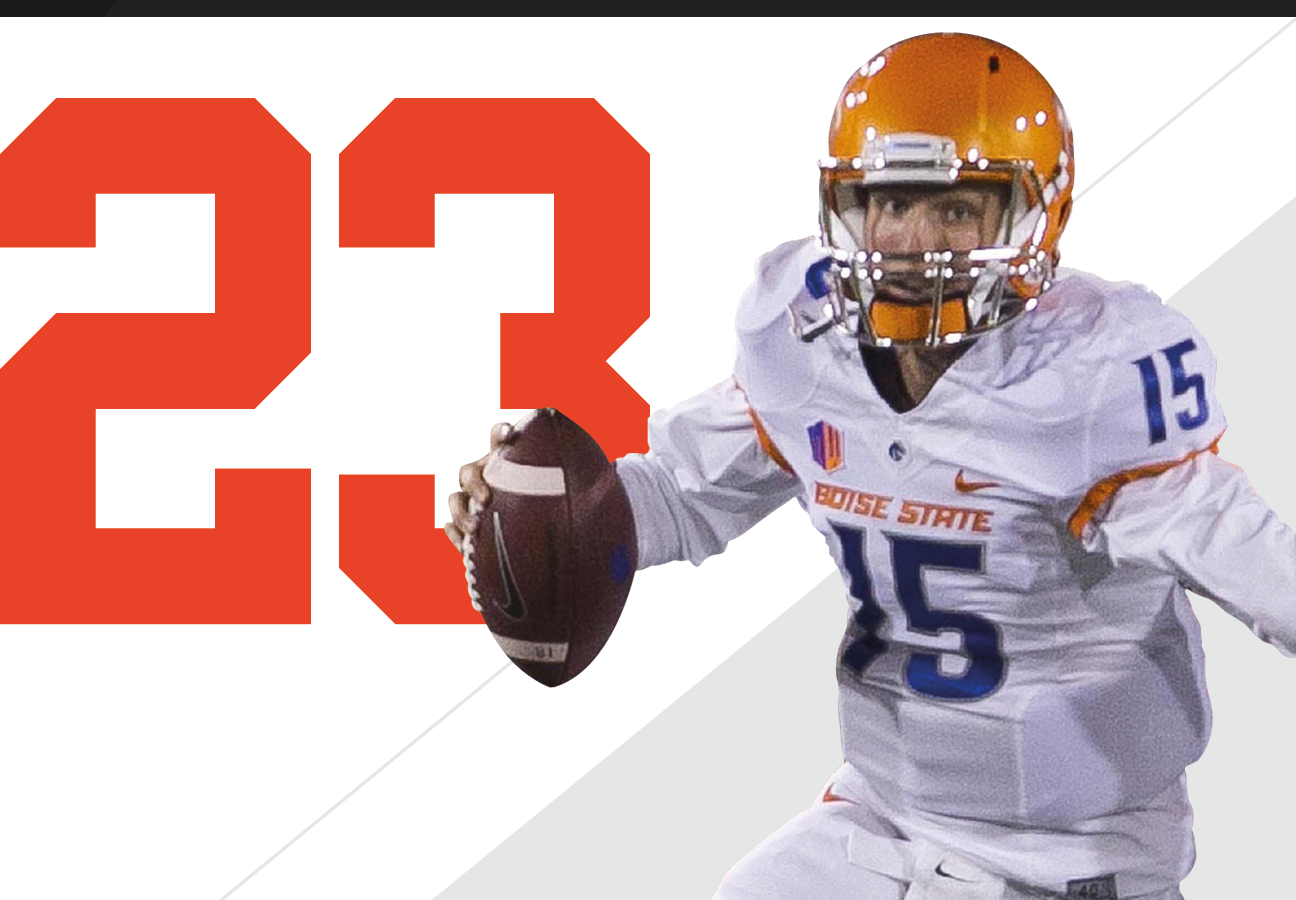 The Broncos won 12 games last year and, despite major departures across the board, might just win 12 more again in 2015 with new QB Ryan Finley. 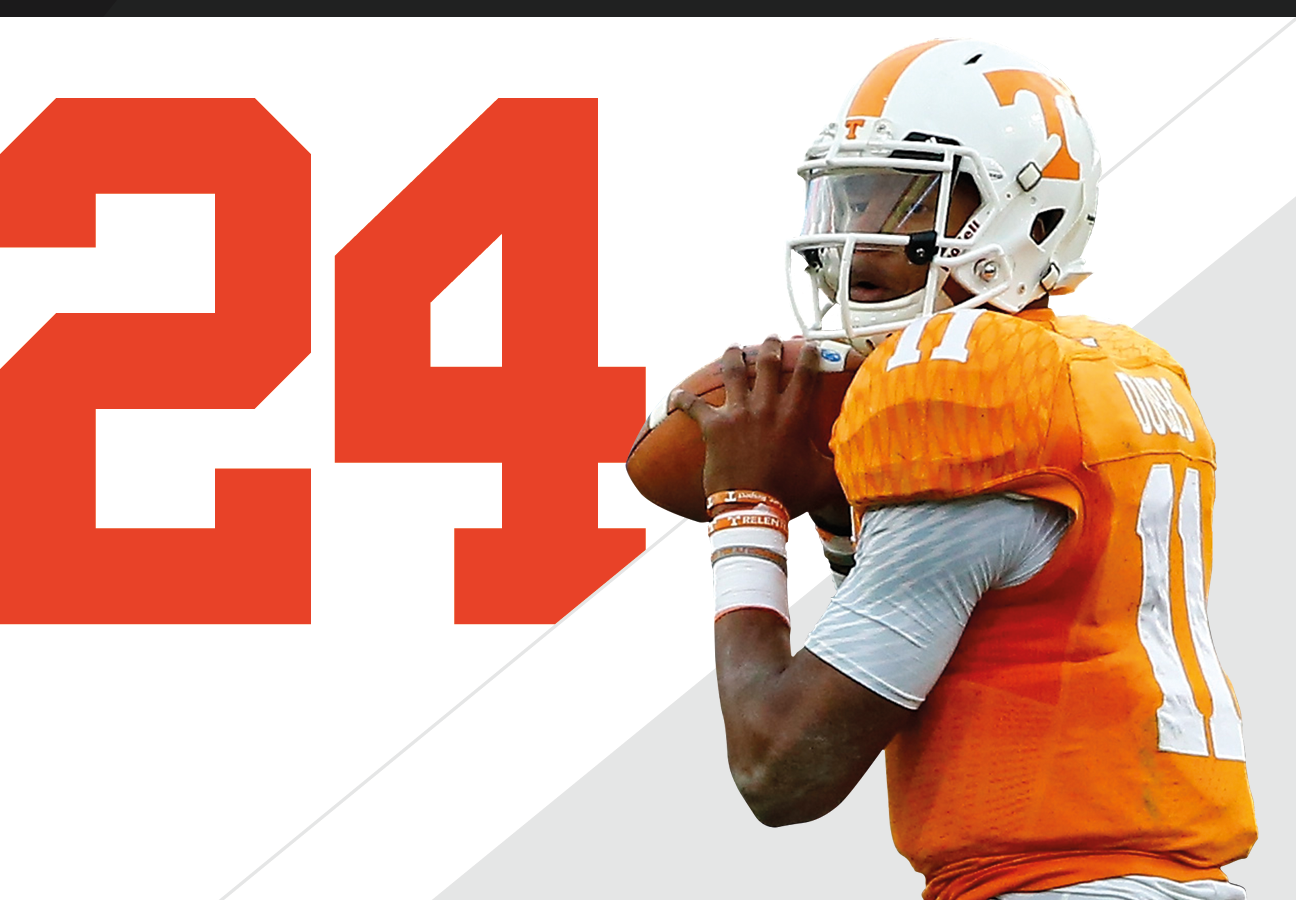 There's SEC sleeper buzz surrounding the Vols, and rightfully so. Tennessee has young talent across the board. Key word: young. 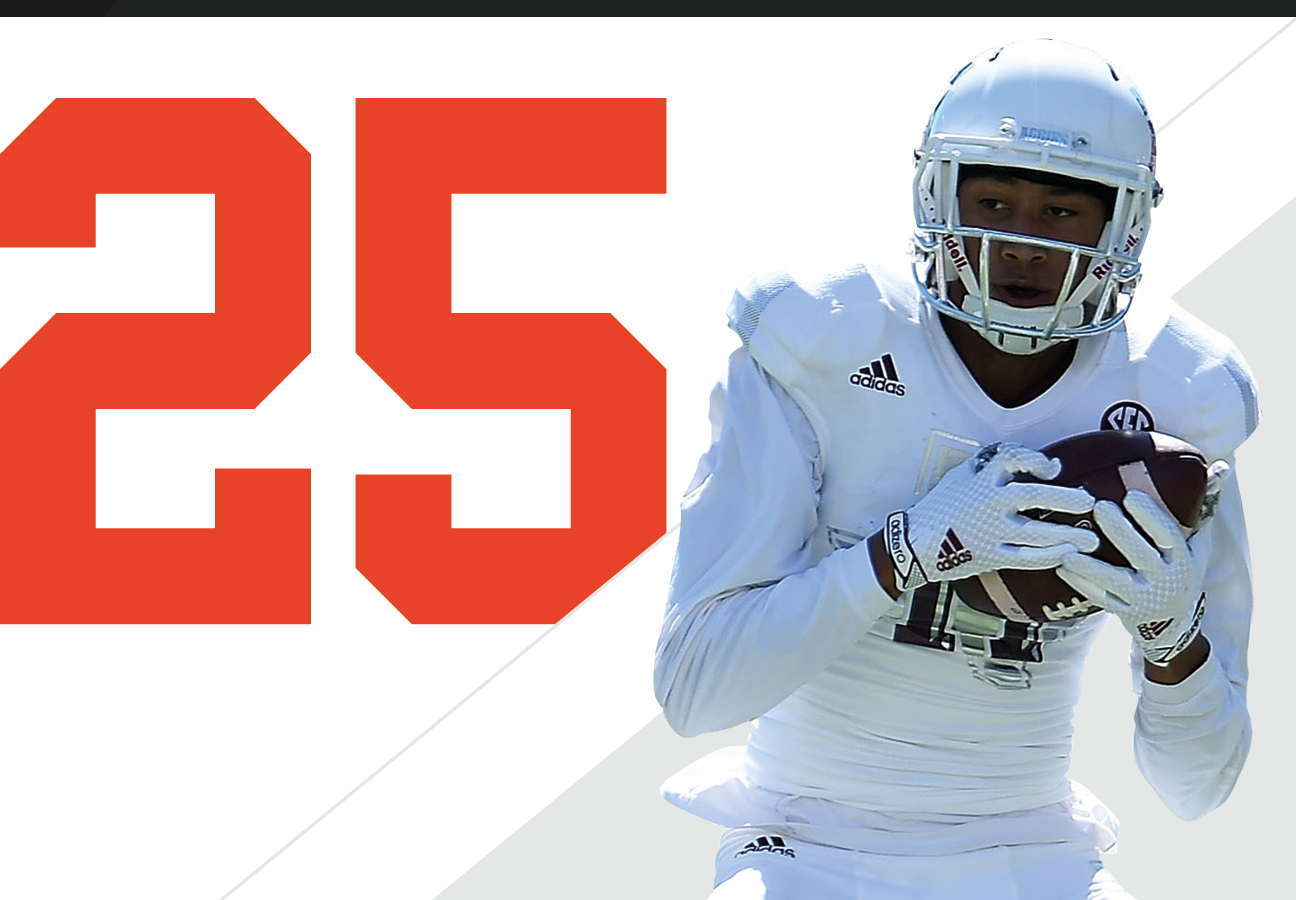 Behind QB Kyle Allen, the Aggies will put up points. Can new defensive coordinator John Chavis keep the other side off the scoreboard?

Top 25 projections Football Power Index: FPI predicts and ranks team strength based on expected points added from offense, defense and special teams, adjusted for opponent strength. Using preseason FPI, ESPN Stats & Information has projected each team's chances to win every game on its schedule as well as its chances to take home a conference crown. Vegas odds: Each team's odds to win the national championship are provided by Westgate Las Vegas SuperBook.