Nearly three years ago, after Alabama's defense struggled to get off the field against Ole Miss' fast-paced offense in a 33-14 victory, Crimson Tide coach Nick Saban lamented the proliferation of spread offenses and their effect on where college football was heading.

"I just think there's got to be some sense of fairness in terms of asking is this what we want football to be?" Saban told reporters during a teleconference in October 2012.

Despite the efforts of Saban and other coaches, such as Arkansas' Bret Bielema, little has changed about how college football is being played heading into the 2015 season. No-huddle offenses are snapping the ball faster and scoring more quickly than ever before, leaving opposing defenses huffing and puffing to keep up with the game's frenetic pace.

"The hardest thing to do in college football right now is to play defense," Arizona State coach Todd Graham said, "and it's the most important thing."

The demise of defense 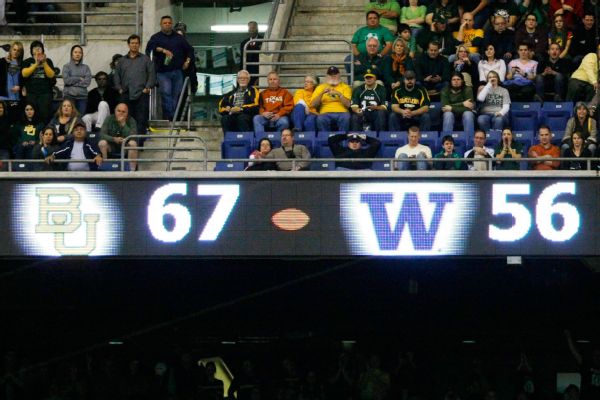 No more dominance: Coaches say just getting by on defense is the new normal. Schlabach »

Who's innovating on defense? Up-and-comers among defensive coaches. Rittenberg »

Prior to the 2014 season, the most points ever allowed by an FBS leader for any season in NCAA history was 12.8 by Ohio State in 2007. In 20 of the past 25 seasons, the national leader averaged fewer than 11 points surrendered per game. Then last season, Ole Miss led all FBS teams in total defense, giving up 16 points per game, a significant spike compared to the previous 25 seasons.

"It's almost become that in today's game that you just want to be able to hold serve defensively," Oklahoma coach Bob Stoops said.

Playing stingy defense used to be a requirement for winning a national championship. Then last season, despite being ranked 87th nationally in total defense, Oregon reached the College Football Playoff National Championship Presented by AT&T, losing to Ohio State 42-20 on Jan. 12. The Ducks allowed 23.6 points per game, which ranked 30th nationally, and the Buckeyes surrendered an average of 22 points, which was 26th.

Alabama (18.4 points) was the only team among the four in the College Football Playoff that ranked in the top 10 in points allowed. Florida State, which lost to Oregon 59-20 in the Rose Bowl Game Presented by Northwestern Mutual, allowed 25.6 points per game, which was 49th-best nationally.

"Would y'all say Nick Saban is a pretty good defensive coach? I think he's as good as there is. There are times that they stop [up-tempo offenses] and times that they don't." North Carolina coach Larry Fedora, on why so many teams utilize tempo

"There was a time when I was at Pitt that giving up 20 points or more was unheard of," said Iowa State coach Paul Rhoads, the Panthers' defensive coordinator from 2000 to 2007. "You're giving up that many points, you're going to leave the stadium pissed. Now, if you can hold a team in the low 20s, sometimes maybe even the high 20s, you walk off saying you played pretty good defense."

Sometimes, a defense gets the job done even if it has allowed a lot more points that that.

"If you're playing Baylor or Auburn or some of these spread teams, your goal is to keep them one score under their average," Northwestern's Pat Fitzgerald said. "If you can do that, you've had a pretty good game."

That might mean giving up 30 to 40 points per game, with the way the Bears and Tigers have been scoring points lately.

"Just do what you've got to do to win," Auburn defensive coordinator Will Muschamp said.

When Muschamp was LSU's defensive coordinator during its national championship-winning season in 2003, the Tigers led the country in scoring defense, allowing 11 points per game. LSU's defense was on the field for an average of 62.6 plays per game in 2003. Last season, his defense at Florida averaged 72.4 plays, the equivalent of about two more possessions per game.

"I don't think it's because of [the] spread," Muschamp said. "I think it's because of tempo. You're playing more snaps. It has nothing to do with scheme. Schemes are obviously getting further advanced, but we eventually catch up. At the end of the day, it's about the number of snaps you take."

Saban, who unsuccessfully lobbied for the sport's rules to be changed to slow down the game's tempo, said the Crimson Tide played 160 more snaps on defense in 2014 than the previous season, the equivalent of about 2½ games.

Alabama isn't alone. Because so many FBS teams are running fast-paced, no-huddle spread offenses, defenses are having to stay on the field longer and longer. Last season, Baylor averaged 87.5 offensive plays per game and snapped the ball every 18 seconds. West Virginia averaged 84.3 plays and snapped it every 19.5 seconds. Teams such as Arizona, BYU, North Carolina, Oregon and Texas Tech also snapped the ball in less than 20 seconds on average.

Do defenses still have a chance?

"We played against [an up-tempo offense] in 12 out of 14 games last year," Saban said. "You can't substitute. You can't play specialty players on defense. You have to play players that can play every down, and there's not enough to go around. It's hard to find those guys."

North Carolina coach Larry Fedora said that's the exact reason so many teams are utilizing up-tempo offenses. Playing fast is the great equalizer for teams that might not have as much depth or talent in the trenches compared to Alabama and other traditional heavyweights.

"Would y'all say Nick Saban is a pretty good defensive coach?" Fedora asked. "I think he's as good as there is. There are times that they stop it and times that they don't."

A shift in personnel

Is it only a coincidence that the SEC's dominance -- the league's teams won an unprecedented seven consecutive national titles from 2006 to 2012 -- ended at a time when hurry-up offenses are dominating the sport? In the past, SEC teams were dominant on defense because they were superior and deeper on the defensive line. During its seven-year title run, 14 defensive linemen from SEC teams were selected in the first round of the NFL draft.

Now, mammoth interior defensive linemen might not be as important because they're not physically conditioned to stay in the game for long, and it's nearly impossible to substitute because teams are snapping the ball so quickly. Defensive tackles such as former Alabama star Terrence Cody, who weighed about 349 pounds during his college career, might not be as important as they once were.

"Cody couldn't play for us now," Saban said. "It would be hard to put him in the game, the way it is now, and he was a great player for us. Five or six years ago, nobody could block the guy."

Vanderbilt coach Derek Mason, a former defensive coordinator at Stanford, said teams have had to adjust their recruiting philosophies to identify slimmer, faster players. Linebackers aren't as thick, and some defensive ends have to be versatile enough to rush the passer and drop into coverage.

"Guys are getting longer and more athletic," Mason said. "You have to have space players because that offense is predicated on playing in space. It's not like you're just playing the box now. Those defenders have to be multifaceted in what they do."

If coaches can't slow the tempo, they have to adjust in the only way they can -- by mimicking the way the offenses operate with placards from the sideline.

It may not even be a play call, but every reminder helps. Defensive players don't even have time to look at the scoreboard to figure out the down and distance. The pace is too fast now.

"You can't get in the huddle anymore," Colorado coach Mike MacIntyre said. "You're seeing defenses holding up cards, just to let kids know it's second-and-5 or third-and-2. You get up and trying to find your way back, and the ball is being snapped, and you don't even know what down it is sometimes.

"You see a guy playing so far off. He doesn't know because it's happening so fast. He should, but it's hard."

Ironically, a few coaches who were critical of the sudden popularity of high-tempo offenses, including Graham and Saban, have significantly increased their own teams' pace on that side of the ball.

During Graham's tenure at Tulsa from 2007 to 2010, he hired current Auburn coach Gus Malzahn and current SMU coach Chad Morris -- two of the most successful up-tempo coaches -- to direct his offense. Prior to the 2014 season, Saban brought in former USC coach Lane Kiffin to increase the Tide's pace on offense. Last year, the Tide averaged 72.7 plays on offense, about nine more than the previous season.

You know what they say about joining 'em if you can't beat 'em.

"Five years ago in the SEC, I don't know how many teams were running the spread," Mason said. "But it's probably 12 out of 14 teams that are spread offenses now. It's part of what you do now, week in, week out, all season."

Spread offenses look like they're here to stay. The question now is how long it takes defenses to catch up. The chess match continues as three up-tempo stalwarts made big moves this offseason by throwing cash at established defensive coordinators. Auburn made Muschamp the highest-paid coordinator in the country, Texas A&M hired John Chavis away from LSU and North Carolina landed former Auburn coach Gene Chizik.

"It's all cyclical," Oregon coach Mark Helfrich said. "Defenses never used to move. Offenses really moved with shifting and motion, and then defenses started moving with pre-snap and post-snap motion and then with zone blitz and all that. It's always about trying to stay ahead and at least having a counterpunch."

For now, however, offenses have the knockout punch.