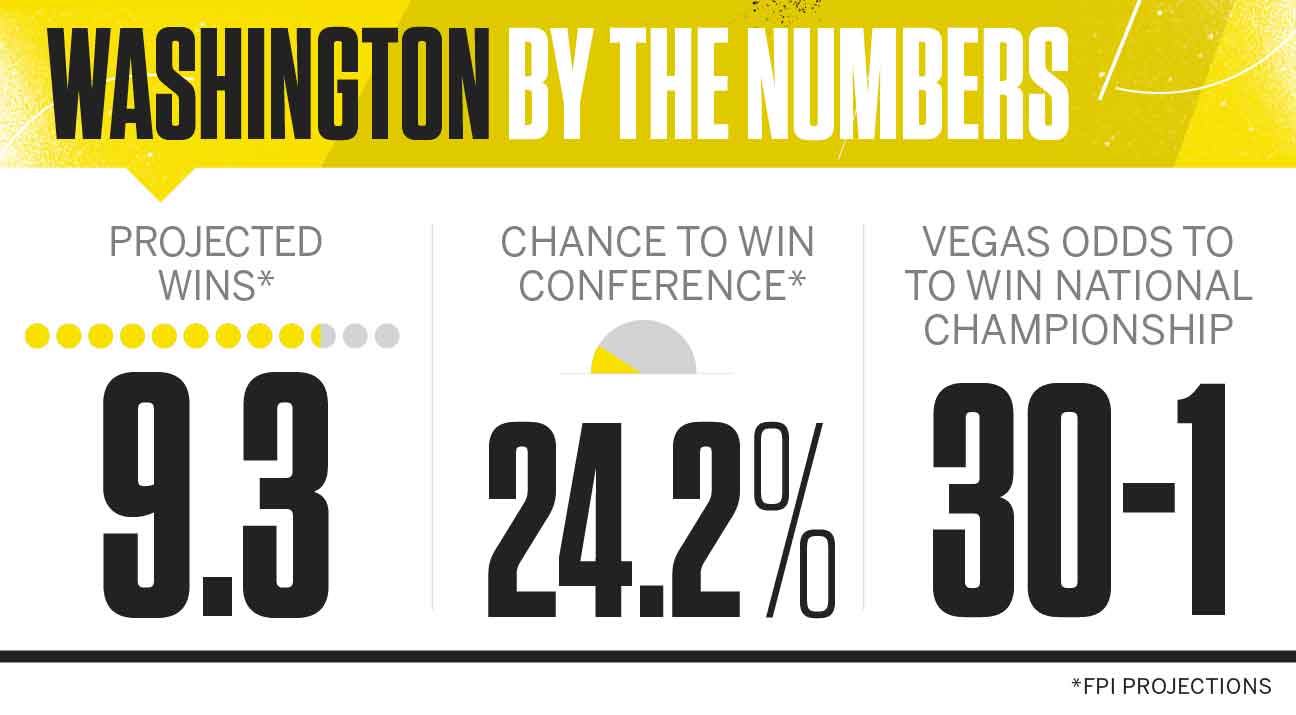 The Huskies are my surprise team to make the playoff. Last year they had just four starters back on defense but allowed only 18.8 points per game, the best mark in the Pac-12. They return 15 starters, including seven from the best overall defense in the conference (351.8 yards per game allowed). The defensive backs, led by CB Sidney Jones and FS Budda Baker, rank third in my charts, while the linebackers, behind Azeem Victor (95 tackles), are sixth. Offensively, QB Jake Browning (2,955 yards) and tailback Myles Gaskin (1,302) are back as experienced sophomores. John Ross, who missed last year due to injury, is a game breaker at receiver, and they have a veteran offensive line with nine of the top 10 back. The Huskies get most of the toughest opponents at home, leaving them favored in 10 games, slight underdogs at Oregon (+1) and a toss-up at Utah. The Huskies might just have their first double-digit-win season since 1991.

The offseason champions should be good -- 9-3 looks attainable -- but the hype felt a bit much for a team that needed to win its final two games of the regular season last year just to qualify for a bowl. -- Kyle Bonagura

The Husky hype is a projection that quarterback Jake Browning and running back Myles Gaskin will make huge jumps in Year 2, complementing a defense that allowed just 18.8 points per game last season. An easy nonconference schedule sets up a tough league slate, and a likely 9-3 finish. -- Kevin Gemmell

A returning starter at quarterback, running back and left tackle. One of the country's toughest defenses. And a coach who has done more with less. A 10-2 season will be a good statement to the country that Chris Petersen is ready to put Husky football back on the map. -- Chantel Jennings

Both Browning and Gaskin should be improved after starting as true freshman, the offensive line also returns in near entirety, and the defense is expected to be the Pac-12's best again. The Huskies' nonconference schedule is also the league's easiest, so it's fair to expect this team to improve to 9-3. -- David Lombardi

The Huskies are a hot team in the preseason because they welcome back a bevy of promising young players, including Browning, Gaskin and the core of the Pac-12's best defense in 2015. With a forgiving nonconference schedule, a 9-3 finish seems realistic. -- Ted Miller 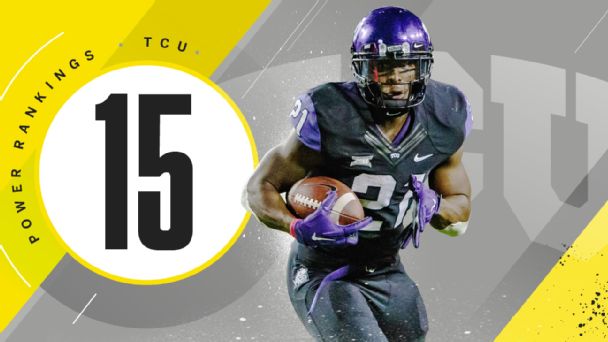