In Death Valley, South Carolina, the third-ranked Clemson Tigers have long prided themselves in their ability to stay calm-headed and steady-handed within the tick-tock pressure cooker of the two-minute drill. But even Deshaun Watson and Trevor Lawrence couldn't have orchestrated the kind of flawlessly executed march down the Memorial Stadium field that the Clemson faithful witnessed on the night of Sept. 21, 2019.

It wasn't a two-minute drill at all. It was a 7-minute, 20-second drill. And it didn't happen during that night's game against Charlotte. It took place at halftime. Over that 7:20, the Tigers ran down The Hill and ran only three plays, but those three plays involved 90 players and 10 coaches, all of whom had rehearsed those plays for more than a month. And, oh, yeah, there were also 23 cameras running around in between them. 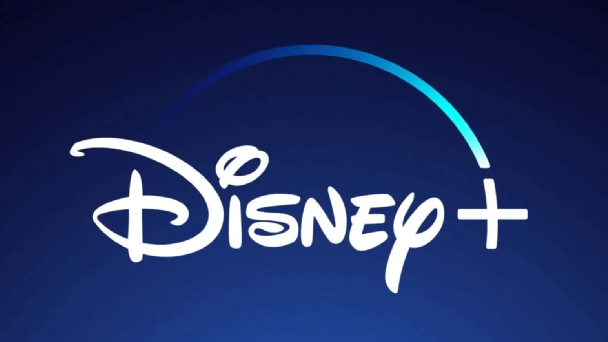 It was all a wonder to witness. Just ask the 81,500 people who saw it in person, or the millions who will watch those plays run over and over again in their family rooms as viewers of the new film "Safety," premiering Friday exclusively on Disney+.

"People ask me, did I help them design those plays?" Clemson head coach Dabo Swinney said of that night in 2019. "No, I did not. They didn't need my help. Plus, I was one of the coaches who helped call those plays the first time around, when it was real life. Go ask Ray Ray about that."

Ray "Ray Ray" McElrathbey played for the Tigers from 2005 to '07, when Swinney was the wide receivers coach under Tommy Bowden. The film is based on the true story of McElrathbey and his little brother, Fahmarr, aka "Fay." As their mother battled drug addiction and their father struggled with gambling, Ray didn't want Fahmarr to be sent into the same foster care system he was forced to endure. So, he took Fahmarr to Clemson from their hometown of Atlanta, and he successfully petitioned the courts to become his younger brother's legal guardian.

Every morning, he woke Fahmarr and sent him off to middle school, then he went to class and football practice, returning home in the evening with food for Fahmarr he snuck out of the cafeteria. After helping his brother with his homework, Ray put him to bed, and then the college football player finished his own homework.

"I just did what I had to do because he had to do something other than be with our mother at that time," Ray said in an interview with ESPN.com last week. "Now, we hope that our story will help other people who are struggling. There is help out there, even when you think there isn't. I found that out. My whole family has found that out. So, our hope is that others might see this story and realize they can make it, no matter how difficult their situation might be."

The story of Ray and Fahmarr has been inspiring people since fall 2006 -- that's when longtime Clemson sportswriter Larry Williams learned of the McElrathbey brothers during a casual chat with a Tigers assistant coach. Williams wrote about Ray's dual role as student-athlete/legal guardian, and within a few days, the story had gone national. A piece on local television caught the eye of ESPN, which ran a story on Outside the Lines and College GameDay. Soon, the brothers were on every show from "Today" to Oprah.

Meanwhile, Clemson compliance officers were fighting for an NCAA waiver that would allow the school to help Ray look after his 11-year-old brother.

"We weren't trying to get a big pile of money for them," then-Clemson athletic director Terry Don Phillips explained one year ago. "We just wanted to be able to pick the kid up from school while Ray was at practice, or make sure they had something to eat. People were calling, wanting to donate money and time, but we couldn't do anything with that in the beginning. Thankfully, the NCAA did the right thing. I had no doubt they would. But it took a lot of work."

Once the waiver was granted, Fahmarr became a fixture of the Clemson football facility. The coaches' wives set up a carpool schedule to pick him up from school each day and take him to practice, where he did homework in film rooms and attended practice every day. Longtime Clemson sports information director Tim Bourret says by the end of the '06 season, interview requests for the McElrathbey brothers had far surpassed the number of media asks for such All-Americans as Gaines Adams and C.J. Spiller.

"It was a lot, to be honest, but it also changed our lives for the better, and I think our story helped people with their own lives and struggles," Ray says now.

Fahmarr, now 25, recently admitted the attention was almost too much for a middle schooler to handle, but he also doesn't regret any of it.

"Even way back then people were approaching me and saying they wanted to make a movie about us. That was amazing. But I was also like, 'That's cool, but I have to go to class and practice first,'" Ray added.

On the field, Ray became a fixture of Clemson special teams. He made his debut in the Sept. 3, 2006, season opener against Florida Atlantic, touching Howard's Rock, running down The Hill and quickly racking up his first collegiate tackle. He had three tackles that night and was voted special teams player of the week by his coaches.

Those are the moments and the play that were documented during that frantic 7:20 of filming 13 years later.

"For us, the challenge was to capture everything about that game, from the emotion of Ray and Fahmarr to the energy of the crowd, and, oh, by the way, do it all in half of a halftime of a real game," Reginald Hudlin, director of "Safety," explained the morning after that in-game shoot last fall. This was his first feature film since 2017's "Marshall," starring Clemson-area native Chadwick Boseman. "In any sports movie, your first goal is that you have to get the sport scenes right, especially when you are representing a team and a tradition like Clemson's."

To make sure that happened, Hudlin brought on another South Carolina native, Mark Robert Ellis. In 1993, the former Appalachian State player was a graduate assistant with the Gamecocks. That same fall, filmmakers went to Columbia to shoot "The Program" with James Caan, and the producers recruited Ellis to help them recruit real football players to run real football plays for the film.

Ellis has been Hollywood's go-to sports consultant ever since, coaching and choreographing every sport imaginable for every sports movie you've heard of, from "Jerry Maguire" and "Any Given Sunday" to "Semi-Pro" and "McFarland, USA." Remember the angry coach who yells at the ref because the opposing cheerleaders caused a delay of game penalty in "The Replacements"? That's Ellis.

For "Safety," Ellis recruited mostly guys who had just wrapped their college careers to play the Clemson and FAU players. He took them to a real training camp, where they learned the three plays and ran them over and over and over ... and over again. Then they did it over and over again with the 23 cameras and multi-person crews on the field so everyone knew where they were supposed to be and where.

By the time they entered Death Valley and exited through the opposite end zone 7:20 later, they captured 59 angles of the three plays, from Steadicams chasing the players downfield to GoPros worn on the players' face masks. Meanwhile, Ray was on site to make sure everyone got the plays right, but he jokes he was also there to make sure that actor Jay Reeves "made me look as tough as I am in real life."

That night, the Clemson home crowd had been told what was coming at halftime, so no one left their seats. The fans were raucous, to the point that the filmmakers were worried it would take their players-turned-actors out of character, blown away by the once-in-a-lifetime experience of touching Howard's Rock in front of 81,500 fans.

"I told them that they should all thank me for giving them that experience," McElrathbey said of that night, laughing. He especially made sure to hammer home that point to the handful of former Alabama players who had been recruited into the film by Ellis, most of whom had just lost badly to Clemson in the College Football Playoff National Championship eight months earlier.

McElrathbey's hope now is that people will thank him for sharing his story through "Safety." He earned his Clemson degree in 2008 and went on to play football at both Howard University and Mars Hill College as he pursued graduate degrees, and Fahmarr followed him. Bowden chose not to renew McElrathbey's scholarship in 2008, a move that made Ray bitter for a time, but he has since reconciled.

Now he splits time between Atlanta, South Carolina and Los Angeles, where he has worked as personal trainer and even a bodyguard to the stars. His mother, Tonya, is drug-free, and now the entire family plans to work together as part of the Ray Ray Safety Net Foundation, designed to help families who are struggling to stay together because of substance abuse.

"My mother had her struggle initially (with her drug abuse being portrayed in "Safety"), but we talked about and we worked through it," McElrathbey explains. "But she understands, like I understand, that we all are not perfect, and this is an opportunity that we have to share some of ourselves so that others won't make some of the same pitfalls."

"Yeah," he said with some side eye and a belly laugh. "You ask my childhood friends about that and they say to me, 'OK, we went from Rudy to Ray Ray?!' I knew I had lived a crazy life, but never would I have known it would come to this. But hopefully my second act is better."