When you do this job for a living, there are athletes that stay with you. The years pass, the old newspaper clips fade, but those stories stay with you. Steve Reich always did. He was a West Point pitcher with a 90 mph fastball and a big, bright smile. He could've walked out of the United States Military Academy for a Top 25 baseball power and someday the Major League Baseball draft, but he never did. 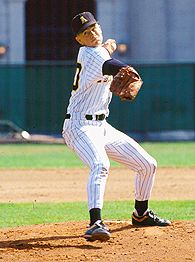 Reich had given his word. In his mind, he played for the Corps of Cadets.

No one had ever heard of Pat Tillman back in the early 1990s, but Reich, the left-hander whom a Cleveland Indians scouting director insisted "could have a long career and make a lot of money," stayed the course at West Point. Once Reich returned for his junior year in 1993, the Army had him for the next seven years  his final two at the Academy, and the mandatory five-year active-duty commitment that followed. In the end, his country would need him and he had been right: He had a commitment to honor.

"He was able after two years [at the Academy] to look past the possibilities of instant glamour," his father, Ray, said then.

David Robinson once had this choice to make at the Naval Academy. He stayed too. Only difference: The Navy let the 7-foot star out of his commitment and turned him into a public relations boon. Reich was no sure thing to make it big, and the Army always believed his greatest value belonged with them. They never did let Reich have his baseball career, and yet he always understood it. They had bigger plans for him.

Sometimes, the athletes we write about do stay with us. It isn't always the most famous and most talented that leave an impression on you. All those millionaires I've covered, and I always wondered how it turned out for Steve Reich, a small-town hero out of Washington, Conn. We had a common friend  the sports information director at West Point, Bob Beretta  and he would sometimes give me updates on Reich.

So, Beretta called Thursday afternoon to report that it was believed Reich had been flying that M-47 helicopter in Afghanistan earlier this week  delivering reinforcements to a fight against al-Qaida forces  when militants shot it out of the sky, killing the 16 American soldiers on board.

Major Steve Reich had beaten the odds on three voluntary tours in Afghanistan. This had been his fourth turn there. He kept asking to go back. He was 34 years old.

I remember meeting him one afternoon in '92 at West Point, the long gray line marching across the parade grounds in the distance. Reich was 20, a sophomore at the Academy and at his crossroads to stay or go. He would go on to make Team USA a year later, throw a slew of shutout innings against Cuba on the summer tour, and ultimately be chosen by his U.S. teammates to carry the American flag during the opening ceremonies of the World University Games in 1993. After that march into the stadium, he remembered the people throwing roses at his feet.

A few years later, in 1995, he was training at the Fort Rucker Army Aviation Center in southeast Alabama. He would pitch to one of his buddies, Patmon Malcolm, on the dusty patches near the horse stables. He could still bring it in the 90s, but the clock was ticking on his pitching career. The Orioles would get him for two games in the minors, but the military called him back after two starts in the California League in '96. He was an aviator, and the Army needed Reich in the sky. 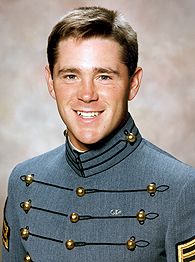 "It's the same roller-coaster ride," Reich would tell me. "You get out of the cockpit with this feeling you won a 1-0 game. Same high. I've come to find satisfaction in a lot of things besides baseball.  I made a deal with the Army. They gave me a great education and now I've got to pay them back. I will honor it."

This is edgy territory. Glorifying Reich's sacrifice doesn't diminish any other soldier who lost his life in combat. His sacrifice is no greater, and no less. Everybody is giving up something over there. We went through all of that with Pat Tillman. This happened to be Steve Reich's story, his sacrifice. All the way to the end, way up in the skies over Afghanistan, he did what he always promised to do for the United States: He honored his commitment.

As it turned out, he never lost his fastball.

Adrian Wojnarowski is a sports columnist for The Record (N.J.) and a regular contributor to ESPN.com. He can be reached at ESPNWoj10@aol.com. His best-selling book can be purchased in bookstores nationwide and on Amazon.com: The Miracle Of St. Anthony: A Season with Coach Bob Hurley And Basketball's Most Improbable Dynasty.