Here is a tenative list of the upcoming events during the 2011 summer evaluation period that HoopGurlz will be attending. The list is subject to change as tournament information, dates and participants are confirmed.

This year's EOT will feature 224 teams competing primarily in Oregon City, Ore., a suburb of Portland. The event, in its 32nd year, is a mainstay for major evaluation events on the west coast.

•Tip Sheet: Feeling It At FILA

This event in the Chicago suburbs is in its 13th year. It features 256 teams and close to 4,000 student-athletes from 44 states and Canada competing on 32 courts. The tournament is one of the largest and most geographically diverse events in North America and is one of just four Nike-sponsored girls' basketball tournaments. Check back in July for coverage of the tournament and some of the top players.

•Hansen: Standouts of the Fairfax-DFW showdown

•Moore: Standouts of the Boro

•Hansen: DFW returns the Flava in the final

•Hansen: Seniors at the Bayou

USJN's National Championships have taken over Washington D.C., for years, dating back to 1987 in Williamsburg, Va., and the field is expected to be strong again for 2011. The last two years the event has hosted more tahn 150 club teams and more than 100 colleges. Check back in July for coverage of the event and its top players.

A pair of 16-team brackets, one for U16 teams and another for U15 teams, invades Augusta State Univerisity. This group along with its encore, Summer Jam II, which follows it, help make Augusta one of the hottest hoops places in July's second half.

The flagship event for Nike-sponsored teams, this invitational dates back to 2006 and becomes the final destination for many scouts and college coaches. The 17U bracket has 20 set teams and in 2010 Nike added a 16-team 15U division. ESPN HoopGurlz will be the official host of the schedule, scores, and standings of the tournament this year. 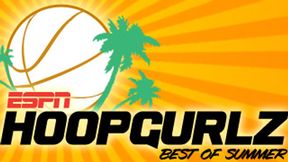