From the outside, it may appear that Missouri's 9-1 record and No. 5 ranking in the current BCS standings lured talented quarterback Blaine Gabbert (Ballwin, Mo./Parkway West) out of his commitment with the struggling Cornhuskers. While it may have helped, the relationship formed with a coaching staff is often the decisive factor in determining a prospects decision, even more than on-field success or failures.

As Bill Callahan's future began to look bleak at Nebraska, so did Gabbert's commitment. Originally, it was Callahan's NFL pedigree and reputation for developing young quarterbacks that likely enticed the No. 6-rated quarterback to Lincoln. The family relationship -- Gabbert's dad Chuck played his collegiate ball under Callahan -- presumably closed the deal.

Nevertheless, as his Nebraska pledge softened, Gabbert quickly visited and subsequently pledged to Missouri, a program that had heavily recruited the in-state signal caller and established a solid relationship with the coveted recruit last spring -- before the current success. When covering his game earlier this fall, Gabbert stated, while committed to the Cornhuskers, that he had built a great rapport and comfort level with quarterback coach David Yost and the rest of the Tigers staff.

Missouri's 2007 success was no doubt a key component in Gabbert's commitment this week, but the behind-the-scenes relationships and future stability of a coaching staff often hold the most weight for top prospects around the country. Just look at how many elite recruits are sticking with the Charlie Weiss and the struggling Irish.

Hatcher not committed
ESPN 150 safety Karnell Hatcher's (Delray, Fla./Atlantic Community) alleged commitment to LSU after his official visit this past weekend was headline news on the recruiting trail this week. However, it appears that Hatcher's proclamation that the Tigers were his No. 1 school was misconstrued into a commitment.

I spoke to Atlantic Community head coach Andre Thaddies on Thursday afternoon, presumably after the smoke cleared, and he confirmed that his hard-hitting safety did not give a pledge while in Baton Rouge despite the whirlwind of speculation.

"No, Karnell is not committed to LSU. He still plans to take his five official visits like originally planned," said Thaddies.

Calhoun's "Vandals formation" was a success in 2007 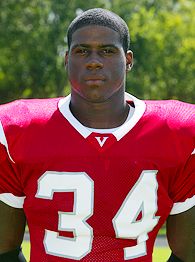 Calhoun finished his career in style last Friday night, rushing for 207 yards and five touchdowns while adding 120 yards and two scores through the air in a 45-31 loss to Athens.

The Under Armour All-American still finished his senior season with over 1,900 yards on the ground and 30 touchdowns. However, it was his athleticism, versatility and overall leadership at the quarterback position that impressed us even more as evaluators.

Continuing to stop the run at PSU
Although Penn State was not included in our latest top-10 class rankings released on Wednesday, you have to be impressed with the quality run defenders heading to Happy Valley next fall.

The linebacker position is solidified for the next four years. Inside linebackers Michael Mauti (Mandeville, La.) and Michael Zordich (Youngstown, Ohio/Cardinal Mooney) are two of the country's finer run stoppers with great instincts between the tackles. We feel Michael Yancich (Washington, Pa/Trinity) is also a great pickup on the outside with his perimeter attacking skills and sideline-to-sideline range.

This week saw the addition of prospect D'Anton Lynn (Celina, Texas), an aggressive safety out of Texas with a great nose for the football on run support. Though currently a bit lean, give this kid a year or two in PSU's reputable strength program and Lynn could be a force rolled down in the box for the Nittany Lions.

Etc.
Caught up with Jamie Harper (Jacksonville, Fla./ Trinity Christian), ESPN's No-3-rated running back prospect, on Tuesday night about his recruitment. The Florida native enjoyed his unofficial visit to Clemson last week but loves the coaching staff at South Carolina and the way the Gamecocks employ their running backs in the spread offense. The Under Armour All-American confirmed that the Florida Gators are also in mix and he was very much open about his decision.

Harper is looking to narrow down his schools to five and set up his official visits accordingly after the season. Trinity Christian has a first-round playoff game Friday night against Newberry.