The U.S. Department of Education is responsible for enforcing Title IX, the federal civil rights law that prohibits sex-based discrimination in any educational institution that receives federal funding, gives women the equal opportunity to play sports and forces schools to address issues of sexual violence and harassment.

As part of its Fifty/50 initiative, which commemorates the 50th anniversary of Title IX, ESPN sat down with Education Secretary Miguel Cardona to talk about the history of the law, its current impact and the challenges ahead. Cardona, whose department plans to release revised proposed regulations around how schools respond to accusations of sexual assault, also addressed two timely issues and their Title IX implications: athletes making money from their name, image and likeness, and the debate over transgender athletes being able to compete in women's sports. Here are excerpts from that conversation, which has been edited for length. 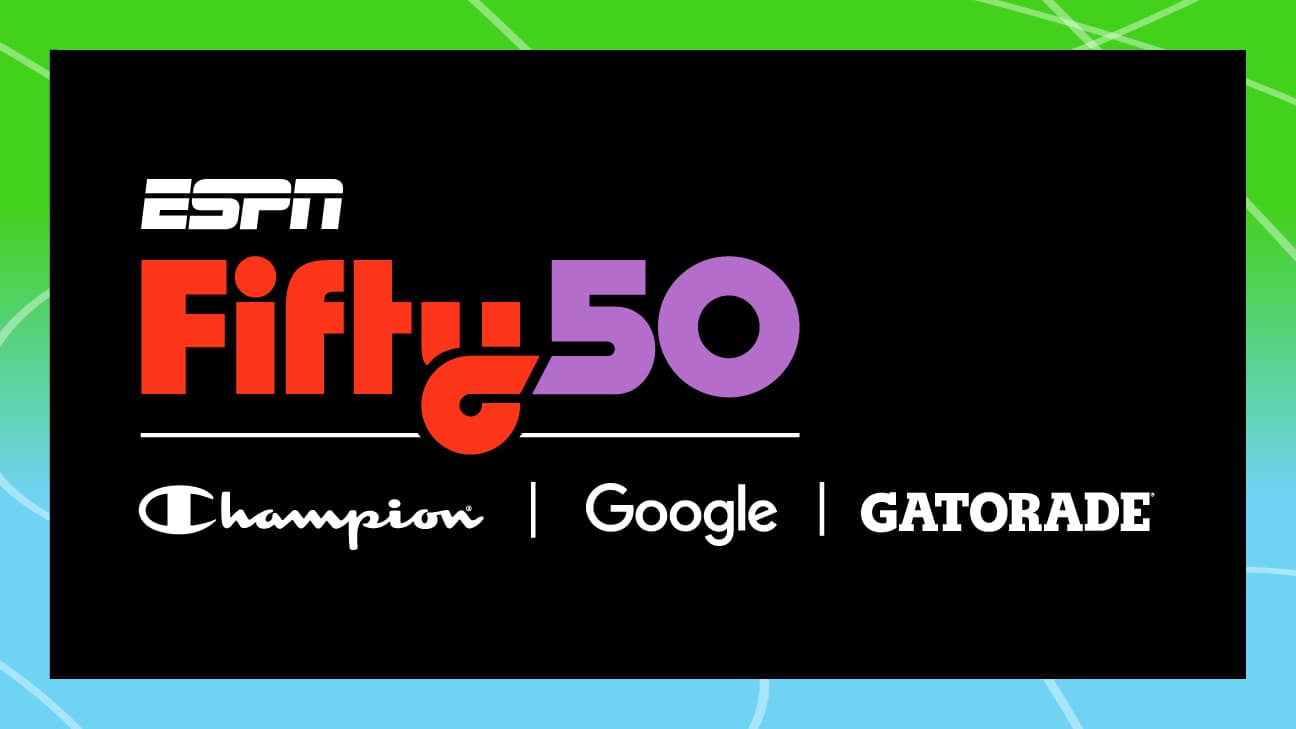 The Fifty/50 initiative commemorates the 50th anniversary of the passing of Title IX. Read more»

ESPN: As we approach the 50th anniversary of Title IX, what do you think the greatest impact of this law has been over the years?

Cardona: Access. Access. I recently had a panel discussion where I was on a panel with the great [four-time WNBA champion] Sue Bird. And she was asked this question and she said, "Access." There's much more access for girls and for women athletes. We have a ways to go, but access and a shift in thinking. So in 50 years, we should look back and say, if it weren't for Title IX, we might not know of some of these amazing athletes because they might not have had the opportunity.

ESPN: What ability does the Department of Education have to proactively pursue measures to penalize or otherwise compel college athletic departments to be in compliance with the gender equity provisions of Title IX?

Cardona: A lot of conversation circles around compliance and accountability. While that's important and we're going to continue to do that, I also want to share that we really try to create a culture of inclusivity. We're more proactive at the Department of Education now, reaching out, making sure that information is out there. In this last year we've provided handbooks on what this means for campuses, what this means for K-12 institutions. We've had hundreds of webinars, conversations with leaders about what it means to provide an inclusive environment for all students and provide equity.

ESPN: That would be the ideal, but in the cases where there isn't compliance, what tools does the department have that can make them comply? That can force them to comply?

Cardona: Well, again, engaging with these universities, having communication with them is critical, but the Office for Civil Rights' investigations is the tool that we use to make sure that if they're out of compliance or if they're breaking the law, we let them know that. And I think I'm proud of some of the progress we've made.

The last thing we want is: 'We're doing it because the feds are telling us.' We want people to get it because it's good for kids. So it's really case dependent. In some places where we feel there's an egregious rule that is discriminatory, the response might be a little bit more direct, a little bit more heavy than in a case where a school's trying to do the right things [and] it's struggling with the capacity to do it.

Cardona: We do have an equity and access website here at the Department of Education. And that helps us determine what type of proactive strategies we have to take or where a call is needed to find out more information about a concern that we see in those data.

I think it's really important, too, that we communicate openly and regularly that having a Title IX coordinator on campus and in our K-12 system is really important. It shouldn't be that the federal government has to watch -- it's everyone's job. So promoting Title IX coordinators, communicating with families, with students that they're there to support them, is part of the strategy we have to make sure that all students have access. Again, the Office for Civil Rights, their investigations, their follow-through with districts, with college campuses that are out of compliance, is something that is done through the investigation process.

ESPN: There's a women's sports advocacy group called Champion Women that has taken a look at this issue and has analyzed the [athletics participation and funding] data that your department collects and determined that 96% of NCAA schools across all three divisions are failing to meet all of the gender equity requirements under Title IX, and that only seven [schools] -- or 2% of Division I -- are meeting all the three requirements to provide equal opportunity for women in female athletes. Are you aware of those numbers?

Cardona: Well, I can't speak to their data, I will tell you that we have work to do. I am proud of the progress [on] many other data points. For example, in 1972, there were only 300,000 girls competing in high school athletics; today that number is 3.4 million. In college it was similar, the number went up, I think 30,000 to now 150,000 women athletes in college.

If we're just hinging everything on our 400 investigators at the Office for Civil Rights, we're missing an opportunity to create a culture in this country of inclusivity, to make sure that there are levels of accountability from parents, from communities, from board of trustees at colleges that are looking at these data, saying we can do better, our students deserve an opportunity.

ESPN: When the whole issue of name, image and likeness became part of college athletics and athletes are allowed to start making money off of these deals, one of my first thoughts was there are so many Title IX implications to this. As you are looking at the landscape of college athletes getting paid, from a Title IX perspective, what are some of the concerns that you have?

Cardona: Well, some of the concerns I have is that it's going to be the male athletes getting paid and [the] just-as-committed, just-as-hard-working women athletes, not. That, to me, speaks to the need to make sure we're communicating proactively, that this is being addressed. ... Universities must adapt and create structures that are monitoring this, that are communicating what they're doing to proactively create equity. Let's not wait for the problem.

ESPN: Do you anticipate that maybe some of these NIL deals will be part of what schools have to report [to the U.S. Department of Education]?

Cardona: It could be. I think we have an opportunity here to really learn from maybe the past and create structures here, or promote structures at the federal level that could be visited at the state, at the college level, that ensure equity, that ensure access.

ESPN: Seeing as so many of [Title IX sexual violence] cases, especially the high-profile ones, involve athletes, what role should a coach have in what he or she can do with a player who is facing an accusation of sexual misconduct while it's awaiting what can be a very long Title IX adjudication process?

Cardona: It's a very challenging position to be in as a coach, especially because of the PR that is usually involved in that. And while I can't get into specifics on a regulation that's still being discussed now, and hopefully very soon will be released, I understand that the complexity of this makes it very difficult.

Many athletes, student-athletes in particular, really look to their coach as a mentor, someone that can help guide them. And I think that role of the coach is critically important in our institutions, that they have that. And that includes discussing what's happening in that athlete's life off the court, as well as on the court.

ESPN: But do you think, point-blank, should coaches be able to say you're suspended from the team as soon as the coach learns of an accusation [of sexual violence]?

Cardona: Again, that really goes into some of the discussions we're having around the regulations. And I don't want to jump the gun on that. I do believe coaches do have an important role and should have access to that. But I also know that the process must be followed through in order to really determine whether or not the allegations that were made actually, indeed, did happen. There's no easy answer to that.

ESPN: I wanted to know how the handling of the case involving Pennsylvania swimmer [Lia Thomas, a transgender woman and the first known transgender athlete to win the Division I national championship], how that aligns with how you think this policy should be carried out in terms of her eligibility to compete in the championships. And the argument that while that does give her the right to compete, that it takes something away from the female athletes who are arguing, "Well, this is now a Title IX violation against us."

Cardona: Athletes who happen to be transgender deserve the same opportunities. ... Participating in athletics gives all students an opportunity to learn about themselves, to compete, to negotiate with a team and learn skills that are going to be needed for success in life, outside of college or high school. That's critical, that's part of the experience. ... And I recognize that the implementation of it is very difficult. I don't think you're ever going to come up with a solution where everyone agrees.

ESPN: You mentioned we have work to do [on Title IX]. What is that work? Where are the shortfalls?

Cardona: There are opportunities -- name, image and likeness -- there are opportunities for us to get it right, to make sure that we're creating policies that don't repeat the challenges that women have had to endure. In some cases, in order for women to be heard, they have to win in a championship. They have to be at the top of the game for someone to listen to them, where the men just show up. That's a problem. We have to change that. ... We're not going to litigate our way out of that. What we're going to do is accept the responsibility, at all levels in education, to model and to create school environments, district environments, college environments, where we hit that head on, and we say, "We got a problem, we got to fix it."