Greetings, NBA early-entry draft candidate. Welcome to the rest of your life.

Wednesday is the big night. Some of you are about to embark on a dream, playing basketball at the highest level and being fabulously compensated for doing so. Others are about to become familiar with places like Bismarck, N.D., and languages like Turkish. 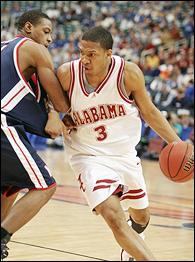 Congrats to the young fellas destined to shake David Stern's hand and join the top tax bracket, but this column is not for you. This column is directed to the latter group.

The future D-Leaguers. The guys who blew off a college education and college adulation for the chance to be completely humbled in backwater towns and empty gyms. The guys who can't do math, or won't listen to common sense.

Here is the math: 60 players will be picked Wednesday night. Half of them -- the first-rounders -- will get guaranteed contracts. There are 37 American early-entry candidates who stayed in the draft. There are a healthy number of seniors who will be picked, as well as many foreign players.

Guess what that means? A bunch of you will be snubbed in the first round, which is the straightest path to the good life. According to colleague Chad Ford's Monday mock draft, 16 American early-entry players will be taken in the first round, along with seven foreign players and seven college seniors.

If Ford's predictions are correct, that leaves 21 of you early-entry guys twisting into the second round -- and beyond, for some. Welcome to a reality nobody warned you about.

Your agent and his runners might have assured you that you were first-round material while they were sweet-talking you out of school. Your "inner circle" -- many of whom have never been closer to the NBA than their TV remote can get them -- might have said you can't miss. An NBA team or two might have even promised they'll take you in the first round.

Guess what? They either lied or they're stupid.

You'll have to scramble and sweat for everything you get. Doesn't mean you won't eventually get it, but it won't be easy.

I know what you're thinking: That won't be me.

Here's what I'm thinking: Yes, it will be. 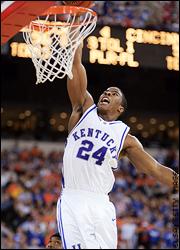 Kelenna Azubuike didn't think that would be him last year when he left Kentucky early. Like Winston, he went undrafted and never wore an NBA uniform in a regular-season game. Azubuike wound up with the Fort Worth Flyers -- a long way from having 24,000 people kissing your butt in Rupp Arena.

Matt Walsh didn't think that would be him when he left Florida early. Walsh had a draft party that turned into a wake, as his name was never called. He played two November games with the Miami Heat and got cut, wound up in the D-League and was ignominiously suspended by the league in February, for unspecified reasons.

Everyone knew those guys were making a mistake leaving school. Everyone but them.

Even the 2005 second-rounders who did latch on with a team -- at least for a while -- will tell you it's not all glamour and glory in The Association. Not for a rookie the franchise hasn't invested much in. Some of you will be stunned by how quickly a team will give up on you.

Numbers: 17 of the 30 second-round picks in 2005 played in the NBA last year, just better than 50 percent. Of those 17, only five played in more than half their teams' games. Of those five, four were college seniors -- guys who were prepared to help a team right away.

The vast majority of second-rounders who make a squad spent last season doing one of two things: rotting on the bench with a rotten team or shuttling back and forth between the big league and the D-League.

Brandon Bass, early entrant from LSU? When he wasn't sitting for the Hornets, he was playing for the Tulsa 66ers.

C.J. Miles, early entrant out of high school? Played 23 games for the Utah Jazz. Got 20 minutes of action on Nov. 15, shot 2 for 10 from the field and never saw 20 again until April 17, the last week of the regular season on a team going nowhere. In between he did time with the Albuquerque Thunderbirds.

Bracey Wright, who traded all the shots he desired at Indiana for early entry to the NBA? Seven games with the Timberwolves -- five during April garbage time -- and 31 with the Florida Flame.

Amir Johnson, who signed with Louisville out of high school but decided to go pro instead? Played one game with the Detroit Pistons in January and the last two of the regular season, in April. Spent most of his time in Fayetteville, N.C.

Even some of the early-entry first-rounders wound up in the D-League: Gerald Green with Fayetteville; Martell Webster with Fort Worth; 2004 first-rounder Dorell Wright with Florida. What do those three have in common? They all went straight from high school to the NBA -- and weren't ready to shine.

Sure, Webster and Green and a bunch of other rookies put up some numbers at the end of the regular season. But few things are as hollow as the April box scores of teams that are out of contention.

Those are the rest-of-your-life facts, early entrants. Wednesday night will be a dream come true for some of you and a cold slap in the face for the others.

To those in the latter group: Don't say you haven't been warned.